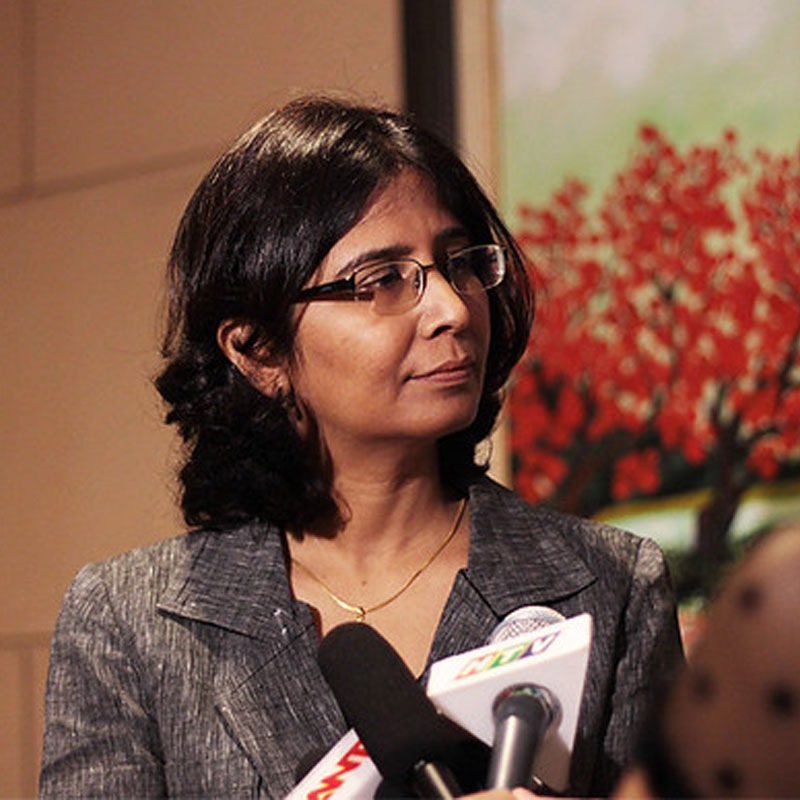 In the 2017-18 budget, the Government of India allocated roughly 7.4 billion USD towards the Mahatma Gandhi National Rural Employment Guarantee Act (MGNREGA) – the highest ever allocation The guarantees 100 days of unskilled manual work to each rural household annually. Since its inception in 2006, an average of 43 million households have benefitted from the programme each year.

The objective of the Act was to provide India’s rural poor with income security – a ‘fall back option’. But one interesting aspect of this rights-based intervention is how important it has turned out to be for women. The share of women working in MGNREGA has gone up steadily, from 40.6 per cent in 2006-07 to 55.5 per cent in 2014-15. The design of MGNREGA has contributed to its success with women. It reserves at least one-third of workdays for women, mandates that work be provided locally, and that on-site crèche facilities be provided for children under 6 years of age, if there are 5 children at the site. Moreover, work selection under MGNREGA is meant to be participatory. The government-stipulated minimum wage – often paid into women’s bank accounts – has been attractive too, especially as the actual wages paid to women are often lower than those paid to men outside the scheme.

Has this significant participation of women in the MGNREGA programme contributed to women’s empowerment? In the literature, women’s bargaining power within the household and their sway over household decisions – both connected to empowerment – is said to be linked to paid work. On the other hand, social norms and perceptions about women in this deeply patriarchal country are averse to women working outside the home. As a matter of fact, India is one of the few countries world-wide where the women’s labour force participation rate has been declining.

This is partly to do with girls and women staying longer in education. But, as Bourmpoula et al. (2014)  find, when there is an overall lack of jobs, women are crowded out of the labour market by men. In a paper that I am writing with Fernanda Bárcia, we found this replicated in the MGNREGA context. MGNREGA is based on self-selection. Only those who are in dire need of income would volunteer for this ‘employment of last resort’ work in manual low-pay labour in public works. Amongst the lowest income groups, we have found that it is more likely that men in the household work in MGNREGA sites. When men have other opportunities, and/or migrate, women take these jobs. The average income of households where women are working in MGNREGA is roughly 16 percent higher than the average annual income of households where men are working in MGNREGA.

We do indeed find that when women work in MGNREGA, they are more likely to have control over household economic decisions as well as decisions affecting their mobility, fertility and health. This is a significant finding – and it corroborates what some others have said about MGNREGA empowering women. Does this actually alter social perceptions about women and men’s role in society? Does it break the ‘cycle of disadvantage’ that rural women face, and create a situation of transformative equality, à la (2016)?)

We find that there is a positive relationship between a woman working in MGNREGA and the time the older female child spends in school. But beyond 33 days of work, this appears to be reversed. Overall, we do not find enough or sufficiently convincing evidence that MGNREGA leads to a real transformation in gender relations in the household and in Indian society.

MGNREGA has been important in providing paid employment and empowering rural women, especially with respect to household decision making. It has, up to a point, had a positive impact on number of school days the older girl child spends in school. It has also had a positive impact on women’s wages in rural areas. But a 100-day-per-household-per-year programme of work is not enough to change perceptions at the broader societal level about women’s work and capabilities. Policies that promote women’s work at all levels along with equal pay for work of equal value are needed to complement MGNREGA in an integrated and concerted manner. Perhaps then we may see a transformative change in gender relations. Meanwhile, the various female-friendly aspects of MGNREGA are an important step in that direction.

India, Right to Equality and Non-Discrimination, Sexual Orientation
Justice Chandrachud of the Indian Supreme Court, in the landmark Navtej Singh Johar judgment, opined that, “our ...

India, Environment, Right to Equality and Non-Discrimination, Right to Food and Water, Socio-Economic Rights
The Prevention of Atrocities against Scheduled Castes/Scheduled Tribes Act of 1989 (hereafter, ‘the Act’) in India ...