To Tackle Poverty Effectively, See it Through the Lens of Gender 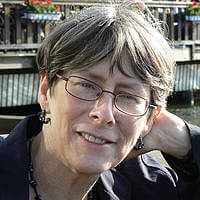 Everyone knows that women hold up half the sky but are nonetheless much more likely to live in poverty. Yet in fact the latest ‘poverty statistics’ for the UK, published in summer 2014, show identical proportions of women and men living in households on relative low income. And the latest Poverty and Social Exclusion Survey found only minor differences between women and men.

How can this be? In a recent evidence and policy review for the Joseph Rowntree Foundation, Mary Daly and I (Fran Bennett) of the Oxford Institute of Social Policy investigated the links between gender and poverty and how to tackle them.

A major complication is that poverty is usually measured in terms of households. So, if a couple is in poverty (technically, living on under 60 per cent of median disposable household income adjusted for household size), no difference between the sexes can be seen – and so, it may be assumed, no gender issues arise. Any differences between women’s and men’s poverty are apparent only in single adult households; so analysis of gender and poverty has often involved investigating these.

Specifically, the argument that there had been a ‘feminisation of poverty’ led to many studies of female-headed households, including lone parents in particular. But the numbers in such households in different countries and at different times depend on other factors as well as gender issues. And examining only these households cannot include all the connections between gender and poverty.

Just focusing on women’s individual characteristics – such as having low ‘human capital’, or a low-paid job – does not lead to explanations either. The problem in both cases is often confusion between sex (being a woman or man) and gender (which involves structural and societal factors and processes).

The other common approach is to focus on inequalities between the sexes, but to equate these with poverty. But gender inequalities should be seen as creating risks of poverty rather than actually being in poverty, with a range of factors influencing the chances of one resulting in the other. And in some situations gender factors may affect men’s likelihood of poverty too.

So if we can’t just focus on female-headed households, or gender inequalities, to tease out the links between gender and poverty, what can be done? One way forward is to enter the ‘black box’ of the family, recognising its role in (re)distributing resources (as well as responsibilities). So, for example, a household may have a total income above the poverty line, but one or more people in it may be living in ‘hidden poverty’, because resources are not shared to the equal benefit of all. Research shows this is more likely to be the woman. This may not be due to coercion – though extreme financial control has now been recognised as a form of domestic abuse. It may arise because women are often responsible for managing the budget in low-income families and may put partner and children first.

Millar argued that to disentangle the links between gender and poverty more fully, it was also necessary to see what contribution each adult made to household resources, and to what extent they depended on the resources of others living with them (running the risk of poverty in the future). Both these are affected by gender factors. But neither is apparent by looking only at numbers of women and men in poverty in the usual statistics.

So, for example, investigating ‘in work poverty’ can show that for male workers their partner’s employment situation is more important than theirs, whereas for females their own work is key. And there is a much larger gender imbalance between financially dependent individuals in couples (in that their own income would not be enough to live on by itself) than between women and men in poverty measured in the conventional way.

Finally, we concluded that to analyse the impact of policies on gendered poverty we must not just consider the position of the household as a whole when a policy is implemented but also the situation of individuals within it, both at that time and over the life-course. Seeing poverty clearly through a gender lens is, we argue, a crucial element in analysing and tackling it more effectively.