International Law and the Denial of Minority Status to Indian Muslims 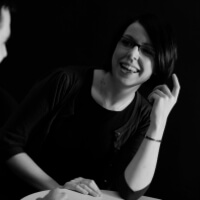 Dr. Stephanie E. Berry is Lecturer in Public Law at the University of Sussex. Her research interests include the rights of 'new' and religious minorities under international law.

On 27th May, the Indian Minister of Minority Affairs, Najma Heptullah, declared that ‘Muslims are not minorities, Parsis are’, the suggestion being that Muslims are too large in number to constitute a minority. Yet out of a population of 1.2 billion people, Indian Muslims, at approximately 138 million, clearly constitute a numerical minority. While India is a secular state, 80 percent of the population is Hindu. Furthermore, the newly-elected ruling party, the Bharatiya Janata Party (BJP), is pro-Hindu and was involved in the campaign to demolish the Babri mosque in the 1980s-90s. Consequently, the suggestion that Indian Muslims are not able to benefit from the protections available to minority communities has the potential to impact their ability to preserve their identity.

Although the Indian Constitution provides for freedom of religion, the suggestion that Muslims are not a minority excludes this group from the additional protections it affords to minorities. Notably, Section 30 of the Indian Constitution recognises that ‘[a]ll minorities, whether based on religion or language, shall have the right to establish and administer educational institutions of their choice’. Furthermore, Section 29, entitled, ‘Protection of the Interests of Minorities’, focuses on the conservation of minority languages, scripts and cultures. As Islam is recognised to be a ‘way of life’ akin to a culture with a distinct language, Section 29 is also relevant to the preservation of the Indian Muslim minority identity.

Article 27 of the International Covenant on Civil and Political Rights (ICCPR) (acceded to by India in 1979) establishes that persons belonging to religious, linguistic and ethnic minorities have the right to preserve their minority identity. The 2006 Sachar Committee Report, commissioned by the Indian government, noted that ‘[m]arkers of Muslim Identity . . . have very often been a target for ridiculing the community as well as of looking upon them with suspicion’. Furthermore, the demolition of the Babri mosque in the 1990s and subsequent intercommunal violencehighlight the significant barriers that Indian Muslims face to the preservation of their identity.

Socio-economic disadvantage related to minority identity also has the potential to negatively impact the preservation of that identity. Thus, Article 2.2 of the UN Declaration on Minorities recognises that measures must also be taken to overcome socio-economic disadvantage. The Sachar Report revealed that Indian Muslims are predominantly poor and suffer from disadvantage in education, health and employment. The poor economic situation of India’s Muslims, coupled with social stigma, has the potential to significantly impact the ability of this community to preserve its minority identity. The suggestion that Indian Muslims are not a minority overlooks not only the fact that they constitute a numerical minority but also their disadvantaged position within society.

The significance of the exclusion of Muslims from the protections afforded to minorities is most acute with respect to Muslim Dalits, who suffer from intersectional discrimination. Muslim Dalits are discriminated against on the basis of both their religious identity and their ethnic identity, as members of the Scheduled Castes (the most socially disadvantaged Castes in India). The UN Special Rapporteur on Religion and Belief and the Committee on the Elimination of Racial Discrimination have noted with concern that, upon conversion to Islam, Muslims Dalits are excluded from affirmative action programmes targeting the Scheduled Castes. Additionally, although Dalits convert to Islam in order to escape caste-based discrimination associated with Hinduism, ‘the previous caste status and related social bias . . . often remain at the social level’. Thus, the discrimination suffered by this community is magnified.

The exclusion of Indian Muslims from minority group status and the accompanying rights protections has the potential to exacerbate the difficulties faced by this community and, thus, conflict with India’s obligations under both the ICCPR and the International Convention for the Elimination of All Forms of Racial Discrimination. While the suggestion that Indian Muslims are not a minority is motivated by the size of the community, the fact that they are large in number does not impact their ability to preserve their identity and should not deprive them of minority status. The election of a pro-Hindu party in a country that has witnessed religiously-motivated violence underscores the need for measures to protect the identity of Indian Muslims.