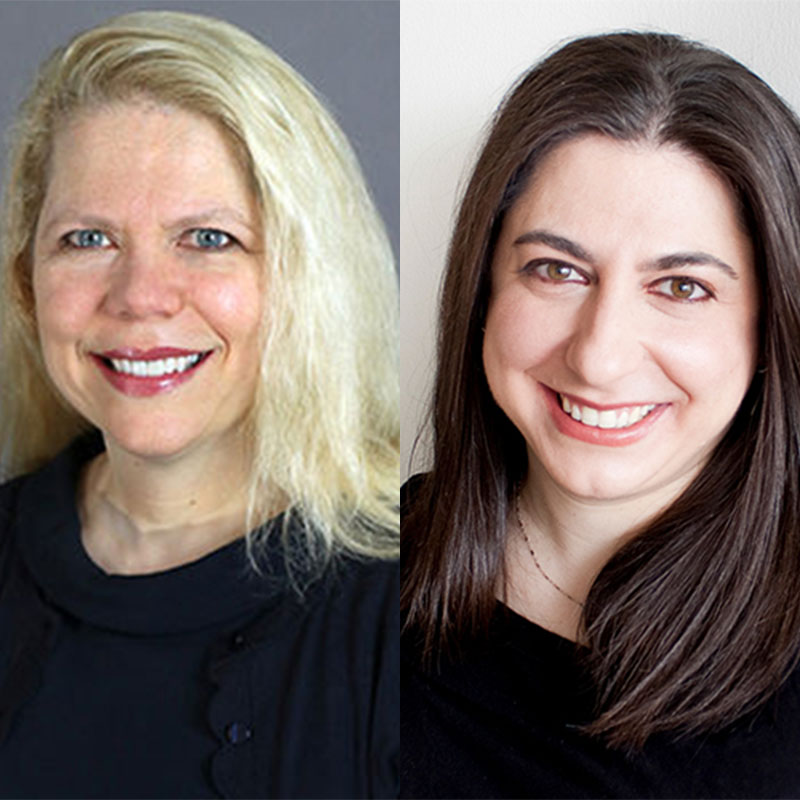 About Anne Lofaso and Rachel Wechsler

On September 18, 2020, the first evening of the Jewish New Year holiday, Rosh Hashanah, U.S. Supreme Court Justice Ruth Bader Ginsburg passed away. By “Jewish tradition, a person who dies on Rosh Hashanah . . . is a tzaddik, a person of great righteousness.” Although she was just 5’1” and a bit over 100 pounds, the “Notorious R.B.G.” stood tall among her peers and was a giant in the legal field—first as advocate, then as judge, and finally as justice—wholly earning her status as a tzaddik.

In 1993, President Bill Clinton appointed Ginsburg to the U.S. Supreme Court, making her only the second woman to fill a position on the country’s highest court in its over 200-year history. President Clinton gave three reasons for nominating Ginsburg. First, her past record as an advocate for women’s rights distinguished her: “In her pioneering work on behalf of the women of this country, she has compiled a truly historic record of achievement in the finest traditions of American law and citizenship.” Second, her current record distinguished her as one of the best appellate judges in the country: “progressive in outlook, wise in judgment, balanced and fair in her opinions.” Third, he predicted that her future record would show her as “a force for consensus-building on the Supreme Court.” President Clinton was correct on the first two counts. But she was not always able to build a consensus as the Court grew increasingly conservative and out of touch with the increasingly progressive majority of the U.S. citizenry.

First, before she was a judge on the D.C. Circuit, ACLU attorney Ruth Bader Ginsburg forged legal arguments that paved the way for an all-male Supreme Court to finally read the Fourteenth Amendment’s Equal Protection Clause, which prohibits the states from “deny[ing] to any person within its jurisdiction the equal protection of the laws,” and the Fifth Amendment’s Due Process Clause, which prohibits the federal government from depriving “any person” of “life, liberty, or property, without due process of law,” as applicable to women. She achieved this not only by showing how the law burdened women, but also by ingeniously showing how the law burdened men. For example, in Weinberger v. Wiesenfeld, the Court struck down a gender-based distinction mandated by the Social Security Act, as grounded in an “‘archaic and overbroad’ generalization . . . that male workers’ earnings are vital to the support of their families, while the earnings of female wage earners do not significantly contribute to their families’ support.” In Frontiero v. Richardson, the Supreme Court adopted the argument Ginsburg presented in her ACLU brief and at oral argument urging the Court to declare sex a “suspect criterion.” Applying heightened scrutiny, the Court found unconstitutional federal statutes that automatically considered wives of military members their dependents but required husbands of military members to demonstrate financial dependency before they could qualify for dependent status. In Califano v. Goldfarb, the Court adopted Ginsburg’s position that the “discriminatory line”—even when cloaked as favoring women—“inevitably hurts women,” when it struck down another section of the Social Security Act as “constitut[ing] invidious discrimination against female wage earners by affording them less protection for their surviving spouses than is provided to male employees.”

In 1980, based on this record and more, President Jimmy Carter appointed Ginsburg to the United States Court of Appeals for the D.C. Circuit. Judge Ginsburg penned nearly thirty opinions involving some form of discrimination in her thirteen years on this appellate court. And while her opinions were known to be well-written and fair, their analyses were highly constrained by the Supreme Court’s narrow view of the law, which is binding on circuit court judges. In addition to her legal contributions during this time, one of her most significant experiences as a judge was the friendship that she struck up with then-Judge Antonin Scalia, whose tenure on the D.C. Circuit overlapped with that of Judge Ginsburg between 1982 and 1986. This enduring friendship with her ideological foil, whom she joined on the Supreme Court in 1993, became an inspiring symbol of respect and unity in increasingly polarized times within the country.

Justice Ginsburg leaves us with a rich legal legacy—one that did not always garner the approval of all her fellow justices. She authored the opinion in U.S. v. Virginia, which famously held that the Virginia Military Institute’s training facilities, which segregated men and women, violated the Equal Protection Clause, even though those facilities were roughly similar, because there was not an “exceedingly persuasive justification” for the segregation. Notwithstanding the use of the term “person” in the Constitution, Justice Scalia dissented. In Ledbetter v. Goodyear Tire & Rubber Co., she issued one of her most well-known dissents. There, she argued that Lilly Ledbetter should not have been time-barred from filing a lawsuit against her employer, who had discriminatorily paid her less money than her male counterparts for decades, when she had only recently learned of the discrimination. She dared Congress to fix this problem: “[T]he ball is in Congress’ court. … [T]he Legislature may act to correct this Court’s parsimonious reading of Title VII.” Congress accepted her invitation and, on January 29, 2009, newly-elected President Barack Obama signed his first piece of legislation—the Lilly Ledbetter Fair Pay Act—into law.

Our blog series will delve into these and the many other contributions that the “Notorious R.B.G.” made in the realm of human rights, as an advocate for justice and equality who has definitively earned her place in history as a tzaddik.