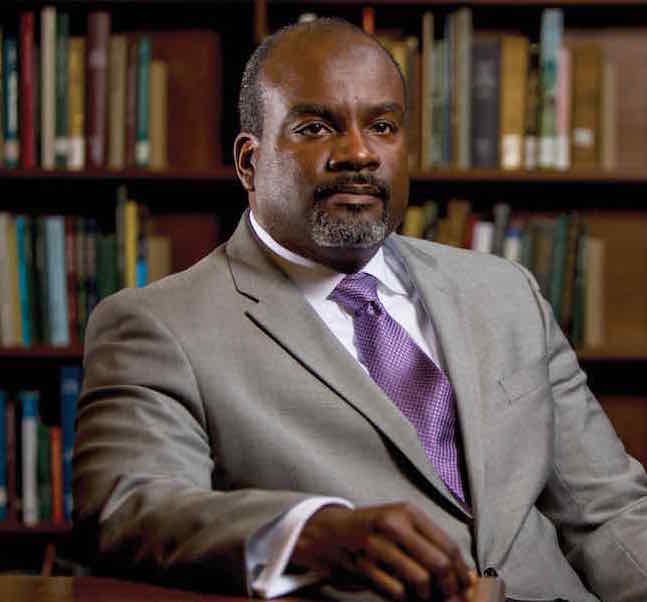 Atiba R. Ellis is a Professor of Law at Marquette University Law School, where he researches and teaches at the intersection of the law of democracy and critical theory. He is also a frequent public lecturer and commentator; his research and public engagement can be found at www.atibaellis.com.

Dissents speak to a future age. … [T]he greatest dissents do become court opinions and gradually over time their views become the dominant view. So that’s the dissenter’s hope: that they are writing not for today, but for tomorrow.” – Justice Ruth Bader Ginsburg, NPR, May 2, 2002

The late Justice Ruth Bader Ginsburg is rightly regarded as a titan of American jurisprudence. Indeed, she has been called “the Great Dissenter,” and the dissent for which she will be most remembered is her 2013 opinion in Shelby County v. Holder.

In illustrating the enduring and ongoing harms of racial voter suppression, her dissent signaled the threat to democracy posed by the decimation of the Voting Rights Act of 1965 (the “VRA”). It not only shows how and why racial voter suppression keeps repeating itself; it also speaks to the challenges the U.S. faces as it continues its fraught and uncertain journey towards becoming a true interracial democracy.

I take her opinion as hopeful because it provides a roadmap for how the U.S. can fulfill its constitutional promise of racial political equality. And that map starts with the recognition that our problems of racial discrimination are problems intrinsic to our body politic, and, as she put it, this “political problem requires a political solution.” Ironically, she draws this lesson from Justice Oliver Wendell Holmes’s dicta in the infamous 1903 opinion in Giles v. Harris, in which he summarily rejected a constitutional challenge to Alabama’s racist voter suppression scheme (and cemented Jim Crow voter suppression for decades), but he observed that it is for the federal legislature to ensure the right to vote for African Americans.

Justice Ginsburg’s use of this dictum in her dissent reminds us that a country seeking to repair its rift around race and democracy should do so through democratic consensus. Justice Ginsburg then argues that this approach was effective, necessary to continue, and well within Congress’s power, particularly when it came to reauthorizing Section 5 of the VRA. This section required jurisdictions with a history of racial discrimination in voting and lagging metrics concerning minority political participation to have their election laws “precleared” (that is, approved by the federal government before enforcement). Section 4(b) of the VRA contained the formula to determine which jurisdictions were subject to Section 5 preclearance. Chief Justice John Roberts, speaking for the five-justice majority in Shelby County, struck down the Section 4(b) formula. Thus, absent certain limited exceptions, no state can be supervised under Section 5, no matter the racial disparities created by their modern practices.

As I have explained elsewhere, Roberts selectively focused on favorable statistics to reenforce a post-racial fiction about the decline of racism in voting. Because a mismatch persisted between the post-racial America Roberts articulated and a race-conscious mechanism that denied some states “equal sovereignty” with other states over their election laws, the Court struck the coverage formula and nullified Section 5.

Ginsburg showed how Roberts’ concept of the equal sovereignty was nonsensical. The Fourteenth and Fifteenth Amendments granted power to the federal government to curtail racial discrimination in voting by “appropriate legislation.” Any such national legislation would, by design, be at the expense of state sovereignty. Moreover, Justice Ginsburg showed how Roberts’ post-racial vision is based on a fallacy—merely because a few measures of minority participation in politics (e.g., turnout and officials elected) have improved does not mean voters are not discriminated against in other areas. Justice Ginsburg documents this exclusion in granular detail by reciting examples from the congressional record. She emphasized that a bipartisan congressional consensus viewed this evidence as supporting a continued preclearance scheme.

Thus, as one reads Justice Ginsburg’s dissent, it becomes clear that by nullifying Section 5, the Court ignored plain evidence, circumvented Congress’s constitutional authority, and ultimately harmed its own legitimacy.

Justice Ginsburg’s jeremiad on voting rights already appears prophetic. Since Shelby County, the U.S. has seen states like North Carolina, Texas, and Georgia, pass measures to stymie the right to vote for people of color. Lower courts found that some of these post-Shelby targeted minorities “with almost surgical precision.” In the past few months, additional state laws have been proposed and/or passed to arguably target voters of color, in response to their demonstrated influence in the November 2020 election. Ginsburg warned us that this type of discrimination would endure without federal intervention.

But what of tomorrow? Justice Ginsburg suggests that robust federal legislation to protect the dignity of all voters is essential to ensure that the U.S. evolves into a genuinely multiracial democracy. Like Justice Harlan’s dissent in Plessy v. Ferguson and its call (however problematic) for a law based on colorblindness created an opening for another generation’s jurisprudence of equality, perhaps Ginsburg’s aspiration in Shelby County for dignity-based democratic practice planted a seed for the future of voting rights.

United States of America, Gender, Judges' Legacy, Right to Equality and Non-Discrimination
In 1972, the year I was born, a young law professor became the founding director of the ACLU Women’s Rights ...

United States of America, Race, Right to Equality and Non-Discrimination, Right to Vote, Standard of Review
On the second day of what many consider one of the most eventful weeks in US Supreme Court history, the Court ...