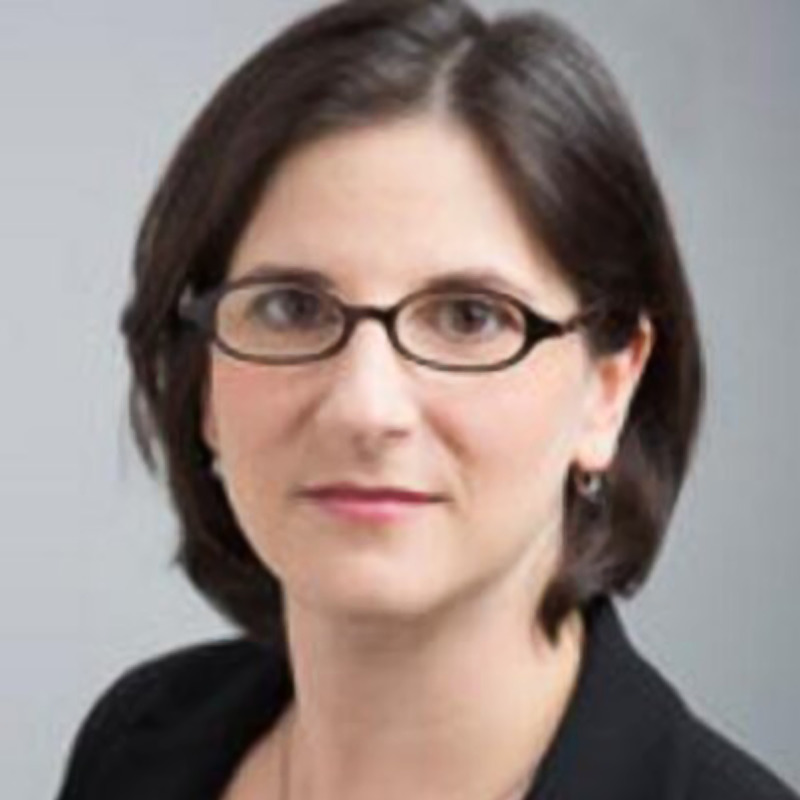 Galen Sherwin is a senior staff attorney at the ACLU Women’s Rights Project, founded by Ruth Bader Ginsburg, where she litigates cases around the country focusing on achieving gender equality in employment and education. She is a graduate of Columbia Law School, where she was a Stone Scholar and recipient of the Rosenman Prize for academic excellence in public law, and of Yale University, where she was awarded the Steere Prize in Women’s Studies. Ms. Sherwin also serves as an adjunct professor at Columbia Law School.

In 1972, the year I was born, a young law professor became the founding director of the ACLU Women’s Rights Project. Ruth Bader Ginsburg built the groundwork for modern feminist jurisprudence while at the ACLU, bringing a series of cases to the Supreme Court aimed at toppling the numerous overt, sex-based laws and policies that existed at the time. She won five out of the six—a remarkable record (especially considering that all the decisionmakers were male) that has continued to shape the law to this day.

Of her many writings during this time, one sentence seems to capture the essence of her advocacy: her observation that “[t]he pedestal upon which women have been placed has all too often, upon closer inspection, been revealed as a cage.”

This quotation, from her brief in Reed v. Reed—the very first brief she filed before the Supreme Court—encapsulates much about her early vision for women’s equality, crisply encapsulating an understanding of gender oppression emerging at the time. Ginsburg shone a light on how in reality, laws cloaked in language of reverence for women’s role as the center of home and family life—a role that was presumed to be pre-ordained or natural—operated to confine women to the domestic sphere, while reserving social and economic power as the sole domain of men. The Supreme Court soon came to fully embrace this concept of gender discrimination—even echoing her words almost verbatim in another ACLU case closely following Reed, Frontiero v. Richardson (in which the Court struck down a law requiring female members of the air force to prove their spouses were “dependents” before they could receive benefits, while treating the wives of male members as presumptively dependent on their husbands). And the Court took special aim at laws that froze women out of full benefits and obligations of citizenship based on stereotypes about their role as homemakers and men’s role as breadwinners.

Justice Ginsburg’s work also showed that the cage, in addition to keeping women inside, kept men out. She famously brought a series of cases on behalf of male plaintiffs who wished to play a more active role as caregivers and otherwise assume equal responsibilities at home. This strategy was intended to appeal to the decisionmakers—all of whom were men at the time—to demonstrate the ways in which men were equally confined, and harmed, by these same social expectations.

Ginsburg maintained this sharp, unapologetic focus from the outset of her career to the end. Once on the bench, from the landmark decision United States v. Virginia, striking down the exclusion of women from the Virginia Military Institute to the recent decision in Sessions v. Morales-Santana, Ginsburg would consistently and forcefully reject state-sanctioned sex-based classifications based on “archaic and stereotypic notions,” or “overbroad generalizations about the different talents, capacities, or preferences” of men and women.”

But the pedestal/cage framework has profound limitations. For most women of color, and particularly Black and immigrant women, there was not even the pretense of a pedestal—motherhood and family life, far from being revered, were inextricably linked to white nativism and the legacy of chattel slavery. At the same time, workforce participation for most women of color was both expected and necessary for survival. And long after abolition, work in the few fields that were open to women of color—for example, domestic work and farm work—remained grossly undervalued and exempt from workplace protections and protective labor legislation. This remains true to this day. Formal equality was a strategic goalpost, but the promise of equality remained, and still remains, unfulfilled for far too many.

The ACLU continues to carry forward Justice Ginsburg’s legacy, continuing to tackle the few, overt sex-based exclusions that remain, as well as gender stereotypes that prevent men from playing caregiving roles. But the vast majority of our work now is aimed at less overt forms of discrimination—laws and policies whose effects are to exclude women from the workforce, stable housing, and lives free from violence. We strive to ensure that the remaining bars of the cage are torn down—particularly for those who suffer intersecting forms of oppression—and that the promise of equality is achieved for all of us.