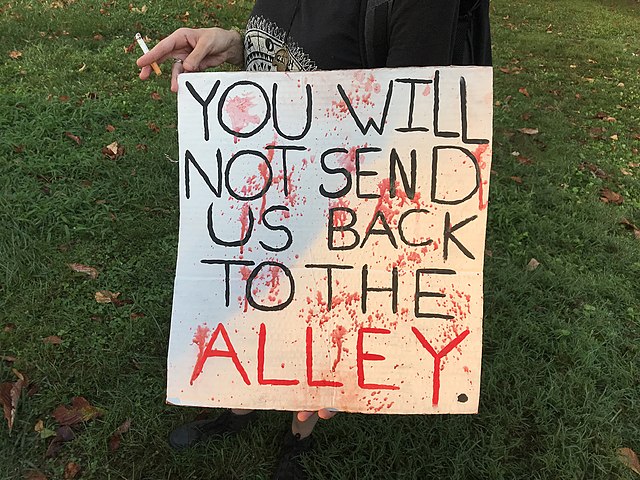 Dipika Jain is Professor of Law and the Director of the Centre for Justice, Law and Society (CJLS) at Jindal Global Law School India, and visiting faculty at Transnational Law Institute at Kings College London. Her teaching and research is at the intersection of Law and Marginalization. Her research was recently cited by the Supreme Court in the landmark decision of Navtej Johar v. Union of India (2018). As the Director of CJLS, she has addressed  various barriers in access to justice for marginalized persons. She has advised the Law Commission of India on various reports on Shared Custody, Animal Welfare Law and Maintenance Laws. She has also served as an International consultant with the UNDP on Sharia Law in Centre for Reproductive Rights (New York);  IPAS Development on Reproductive Justice and UNDP India on Digital Health.

India’s position within the global debate on abortion is unusual. Feminists in India have found themselves questioning the widespread endorsement of abortion as a method of population control, rather than struggling for abortions to become an unqualified right for all pregnant persons. With rising reports of gender-biased sex selection in the 1980s, Indian feminists also focused their energies on campaigning for legal reform that restricted gender determination during pregnancy, culminating in the PNDT Act, 1994. Thus, unlike countries like Argentina, Ireland and Poland, the Indian feminist movement was not historically invested in advocating for Reproductive Justice in the context of abortion. This lack of a robust feminist movement, upholding an unqualified right to abortion, allowed for the perpetuation of policies and laws adversely affecting women’s reproductive rights and justice.

The abortion legislation in India, The Medical Termination of Pregnancy Act 1971 (‘MTPA’), lays down exceptions to the Indian Penal Code 1860 (‘IPC’) which criminalises abortion. The criminal status of abortion is at odds with the Supreme Court jurisprudence in India, which has recognised the right to abortion as a fundamental right, including the right to equality and non-discrimination, bodily autonomy, health, dignity and reproductive choice. Indian reproductive rights activists have called for abortion law reform in India for over a decade, pointing out that the MTPA is a doctor-centric law, which grants discretion to medical professionals in allowing or denying abortions, without paying regard to the will of pregnant persons.

On 2nd March 2020, in the midst of a raging pandemic, reforms were introduced to the MTPA. A few months later, the Committee for Reforms in Criminal Laws suggested reforms regarding decriminalisation (partial) of abortion in India. The amendments to MTPA were notified as law in April 2021. While abortion continues to remain criminal under the IPC, the amended law allows termination of pregnancy for all women, regardless of marital status. It increases the gestation period from 20 to 24 weeks for abortions for certain ‘categories of women’, and removes the upper gestation limit for abortions due to ‘foetal abnormality’.

Notably, these legal reforms were introduced during the pandemic without any stakeholder consultation. Studies have shown that abortion access in India is impacted by caste and socioeconomic status. Thus, widespread consultation, informing decision-makers about the lived experiences of those most impacted by legal reform, is essential for effective legal reform.

In continuing to ‘side-line’ pregnant persons in different ways, the reforms have provided a rare opportunity for intersectional conversations to occur between movements that would ordinarily operate simultaneously in separate domains. For instance, engagement of the feminist movement with the disability rights movement took place as disability rights advocates argued that the removal of the upper gestational limit for abortion of  foetuses with potential disabilities reinforces the eugenic notion that persons with disabilities are somehow of ‘less value’ than persons without disabilities, implicitly encouraging abortion of foetuses with ‘abnormalities’. Trans, intersex and gender-diverse communities spoke out about the term ‘woman’ used by the MTP amendment, which jeopardises access to abortion services for persons other than cis women, despite judicial and legal recognition of the rights of the Transgender and Gender Variant Persons in India. Activists calling for a rights-based abortion framework for adolescent sexuality expressed disappointment that even the amended law does not provide pregnant persons the right to abortion on demand. Further, the conflicts between the MTPA and the Protection of Children from Sexual Offences Act, 2012 have not been resolved, impacting access to abortion services by children and adolescents. This intersectional social movement engaged in advocacy with Members of Parliament (MPs), culminating in significant opposition to the MTPA reforms during the legislative debates. MP Amee Yajnik pointed out the lack of consultation with stakeholders, Dr. Fauzia Khan expressed concern at the exclusion of transgender people within the legal framework and MP Binoy Viswam highlighted the failure to centre women’s autonomy in exercising their right to procreate and to abstain from procreation, for their own reasons.

Needless to say, any advocacy efforts around legal reforms can be meaningfully realised only if they are backed by strong social movements. The fledging intersectional conversation provides us hope for a robust intersectional movement in the future that will reconsider the carceral approach to abortion, and promote an anti-caste feminist framework for reproductive justice inspired by Trans and Dalit Feminist politics.