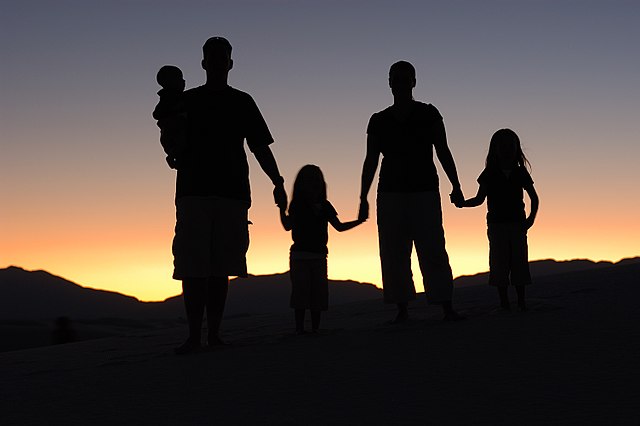 By Eric Ward - originally posted to Flickr as Family PortraitOriginal uploader for wikimedia was AQ at de.wikipedia, CC BY-SA 2.0, https://commons.wikimedia.org/w/index.php?curid=10101463

By Eric Ward - originally posted to Flickr as Family PortraitOriginal uploader for wikimedia was AQ at de.wikipedia, CC BY-SA 2.0, https://commons.wikimedia.org/w/index.php?curid=10101463

MA v Denmark and Fedotova and Others v Russia: Judicial Activism in Protecting the Right to Family Life?

On 9.7.21, the GC of the ECtHR found a violation of Article 8 ECHR in the case of a Syrian national enjoying temporary protection in Denmark, M.A., who could only be reunited with his family there after the expiry of a three-year waiting period. According to the Court, the problem with Danish law was that it did not allow for an individualised assessment. However, it is clear from the judgment (described as “overly prescriptive” by the sole dissenting judge Mourou-Vikström) that a generally applicable two-year waiting period would have been compatible with the Convention. It is also clear that, in the absence of consensus among CoE countries, the Court decided to apply a standard largely borrowed from EU law.

This happened notwithstanding the fact that Denmark had chosen not to be part of EU asylum and immigration policies. In this respect, a parallel may be drawn with another recent (not final yet) Article 8 judgment, Fedotova, concerning the Russian Federation’s failure to give same-sex couples the right to “registration”. On 13.7.21, a section of the Court considered that this amounted to a breach of the right to family life, although the only pan-European government-negotiated instrument on the issue – CoE CM/Rec(2010)5 – expressly accepts that some countries will not give legal recognition to same-sex unions.

This recommendation is not cited in Fedotova, which refers to other CoE “material” instead, notably an ECRI report inviting the Russian Federation to “provide a legal framework that affords same-sex couples … the possibility to have their relationship recognised and protected”. This report was adopted in 2018, at the end of ECRI’s fifth monitoring cycle. It was during this cycle that ECRI decided to address, for the first time, sexual-orientation and gender-identity discrimination – against strong protests by the Russian Federation, which considered that such matters fell outside its terms of reference. Although this claim is not borne out by the wording of ECRI’s founding documents (which include “combating intolerance”, here and here), ECRI’s decision to start reviewing the effectiveness of member states’ action against homo/transphobia was premised on the understanding that it would not be creating new standards (cf. Fedotova, § 52). And the only standards that existed on same-sex partnerships in 2018 were to be found in ECtHR case law (Vallianatos, Oliari and Orlandi). (The other CoE instrument cited in Fedotova, a PACE resolution, calls upon member states to comply with the same case law.)

Would one be right, therefore, in thinking that M.A. and Fedotova signal the revival of judicial activism in Strasbourg? The question is far from academic. Countries that complain about ‘judge-made law’ are the least likely to comply with ECtHR judgments in a constructive way. To enhance such states’ confidence in the system, the ECtHR should try to ensure (as much as it can) that its dialogue with their authorities is of the highest possible quality.

Fedotova, interestingly, appears to capitalise on the respondent Government’s reluctance to mount a real defence. It dismisses – quite rightly – as irrelevant the argument the Government draws from statistics showing public opposition to same-sex marriage in the Russian Federation. It relies, instead, on the experience of 30 other member states that give same-sex couples legal recognition. However, this is not done to find support for the way it understands Article 8 in European consensus (cf. Orlandi). Rather the Court wishes to show that those who are against same-sex marriages are not necessarily opposed to “other forms of legal acknowledgment”.  This is not backed, though, by empirical evidence from the Russian Federation itself. The only other empirical evidence provided by the respondent government concerns general attitudes to homosexuality and is not easy to interpret.

Faced with something of a conundrum, the Court could have focused on what was at stake for the individuals concerned (Kagiaros in European Consensus). Both M.A. and Fedotova have to do with “a particularly important facet” of the applicants’ existence, the very possibility of enjoying family life. ‘Particularly-important-facet’ cases traditionally call for a narrow margin of appreciation (see Dudgeon). And the Court could have used this line of reasoning to reach clear-cut findings of violation in respect of issues that either have been sufficiently tested (same-sex partnerships) or seem straight-forward (excessively long waiting periods).

Right to Equality and Non-Discrimination Role of the Judiciary