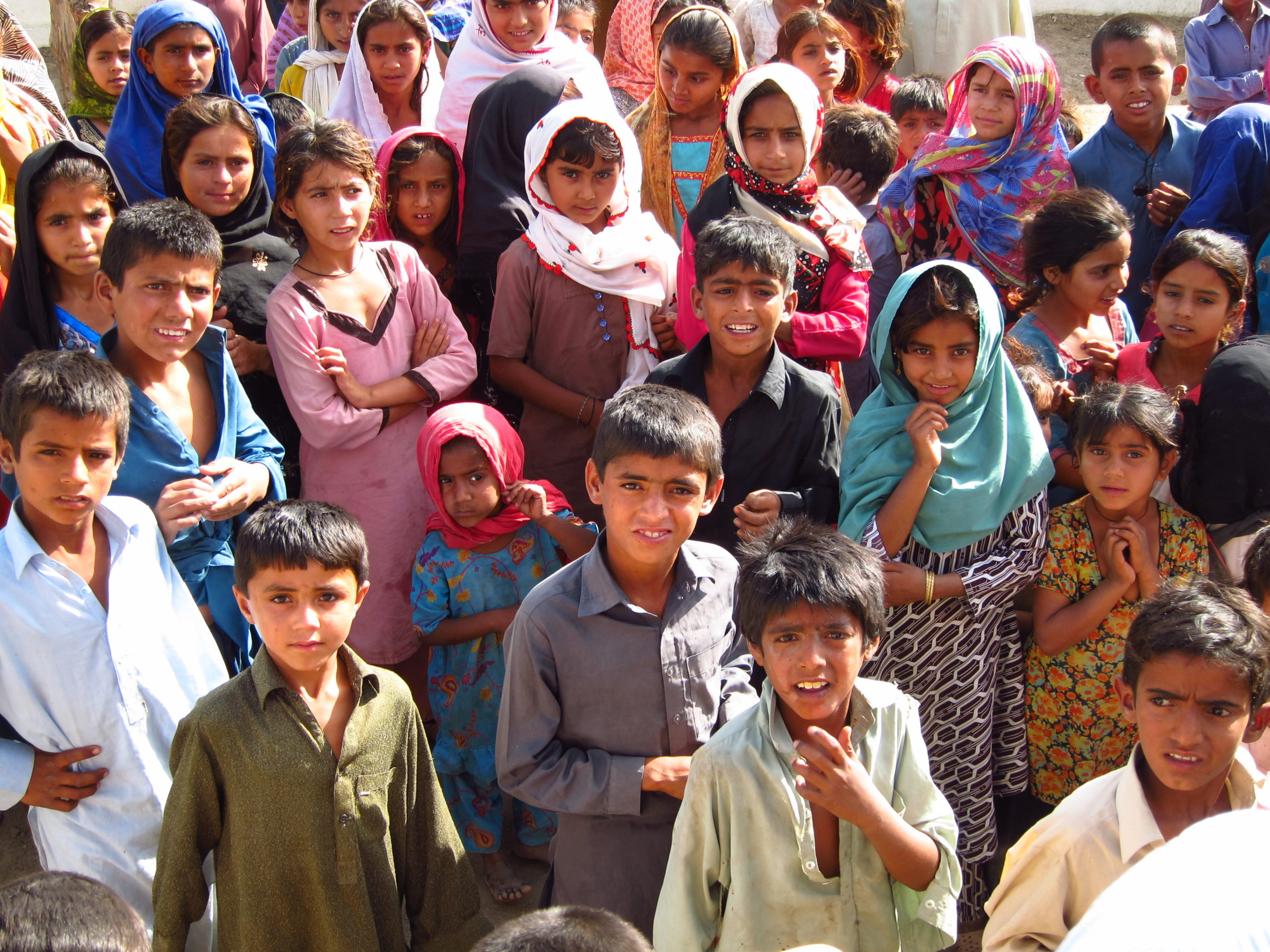 Image description: Children in a village in Sindh Pakistan.

As per a recent UNICEF report, Pakistan is home to nearly 19 million child brides: one in three girls in Pakistan are married before reaching the age of 18. The Child Marriage Restraint Act 1929 (CMRA) – which is applicable in Punjab (with a few amendments regarding punishments), Balochistan, Khyber Pakhtunkhwa and Islamabad Capital Territory – discriminates on the basis of gender, prohibiting the marriage of boys under the age of 18, but girls under the age of 16. Sindh is the only province in Pakistan which sets a uniform minimum age of marriage as 18 for both girls and boys. However, the law in all provinces is silent on the validity of a child marriage once it is conducted. As a result, the onus lies on the child who has been forced into a marriage to approach the courts and request that their marriage be declared void. Due to this, children must initiate a long, costly and tiresome litigation process in order to escape from their marriages, which many are unable to realise.

On 9 February 2022, Justice Babar Sattar of the Islamabad High Court delivered the landmark judgment in Mumtaz Bibi v Qasim. This judgement held that marriage of children under the age of 18 is unlawful and the marriage contract is void ab initio. The IHC observed that the courts continue to rely on the Supreme Court’s judgement in Bakhshi v Bashir (1970): in this case, the court had observed that where a girl below the age of 16 was married in violation of the CMRA, the marriage itself would not become invalid.

The High Court observed that the Supreme Court’s judgement is now distinguishable because Pakistan is a party to the UN Convention on the Rights of the Child (UNCRC) and is under an obligation to comply with its provisions. The Parliament of Pakistan has enacted legislation for the specific purpose of bringing the laws of Pakistan in conformity with its obligations under the UNCRC. These include the Protection of Women (Criminal Laws Amendment) Act 2006 (the 2006 Act) and the Criminal Law (Second Amendment) Act 2016 (the 2016 Act).

The 2006 Act amended the Pakistan Penal Code 1860 (PPC) and inserted sections 375 and 376. The High Court stated that these sections prohibit sexual intercourse with a child under the age of 16. The Court added that even if a child were to consent to engaging in sexual intercourse, the action of the accused would still constitute rape for purposes of section 375 and would be punishable with death or life imprisonment under section 376.

Further, the High Court observed that the 2016 Act added sections 377A and 377B to the PPC. The sections define the attempt to persuade, induce or entice a child below the age of 18 to engage in any sexually explicit conduct, either with or without their consent, as an offence of sexual abuse, punishable with a jail term of up to 25 years.

The High Court observed that in a contract of marriage, the parties agree to engage in sexual relations, recognised by the State and society as legitimate, for the purpose of procreation. The High Court noted that in view of the 2006 and 2016 amendments and Pakistan’s obligations under the provisions of the UNCRC, any contract of marriage where one of the contracting parties is below the age of 18 would be a contract which is executed for an unlawful purpose (child rape and sexual abuse). The High Court held that as a result, such a contract would be void ab initio under the Contract Act 1982. Therefore, the marriage contract can neither be registered nor can it be given effect to by a court.

This progressive judgement by the Islamabad High Court is being deservedly celebrated across Pakistan. However, it remains applicable only to the Islamabad Capital Territory. The judgment only has persuasive value across other provinces and cannot serve as binding precedent. However, the federal and provincial governments must act in harmony and devise appropriate strategies to eliminate child marriage. More resources need now be devoted to monitoring cases of child marriage and training law enforcement authorities on the implementation of laws prohibiting child marriage. In order to support the victim survivors, the government must provide the children with medical, legal and psychological care and shelter to recover from the human rights violation caused by child marriage.