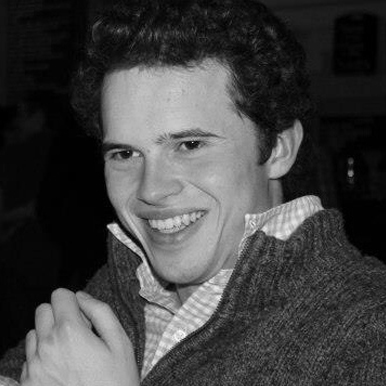 Tommy has been imprisoned for most of his life. Locked in a room in upstate New York, he has no money and cannot speak any languages. With the help of lawyers, he is now invoking the historic writ of habeas corpus to challenge his detention. Tommy, though, is not a human; he is a chimpanzee, and his representatives are on a quest for ‘non-human person rights’ for animals. What are lawyers and those seeking better protection for animals to make of Tommy’s case?

The legal battle, which began over a year ago, reached the New York Third Appellate Court last month, in the case of ex rel. The Nonhuman Rights Project v Lavery. Recognizing the novelty of the case, the court noted that animals have never been explicitly considered capable of asserting rights under US law. Rejecting the appeal, it reasoned that chimpanzees, unlike humans, cannot submit to societal responsibilities or be held legally accountable for their actions and, therefore, it would be inappropriate to confer upon such animals legal rights, including the right to liberty. To support this, the court pointed towards the historical ascription of rights with responsibilities in America stemming from principles of social contract, as well as the consistent definition of legal personhood in terms of both rights and duties.

The judgment poses a central conceptual question concerning the nature of rights-based claims and the extent of correlative duties. For legal theorists, this maps onto well-worn jurisprudential debates, where the answer depends on whether we grant rights an internal logic or complexity and how this to be understood. Off the jurisprudential map though, the court’s reasoning remains curious. Firstly, biologists would probably remind us that whether animals can in fact bear social responsibilities is less clear-cut than the court would like to think. Chimpanzees such as Tommy share 99% of our human DNA and can demonstrate highly complex cognitive functions, such as self-awareness and self-determination. Anyway, as a society would we not be willing to say that we have submitted a social responsibility to the likes of guide dogs tasked with assisting the blind or police horses used on our streets? Secondly, the strict aligning of rights with duties, pinned onto the responsibilities owed under the court’s vague and sparse description of an America’s social contract in 2014, creates a more general feeling of discomfort. Surely we would be reluctant to accept that those who are less able to shoulder societal responsibilities- babies, the elderly, the infirm- are in some sense written out of the social contract, thus losing the rights that come with it?

For those interested in ensuring greater protection for animals, is litigation based on the rights of humans really the right way forward anyway? Just last week, in a landmark case, Sandra, a 29-year-old ape, won an appeal similar to Tommy’s before an Argentinean court. The full judgment has yet to be released, but the notion of ‘non-human person rights’ seems to have found favour with the court and Sandra is being moved to a sanctuary in Brazil. Tommy’s application to the Court of Appeals has just been lodged. Maybe the real battle, though, should be one of hearts and minds outside the courtroom, encouraging us to reflect on the impact that our consumer habits and lifestyles, be it food, clothes, holidays, have on animals and their habitats. Steps have already been made by legislatures to better protect animals, as seen in the UK, for example, by the Animal Welfare Act 2006.

Over a century ago, the father of Utilitarianism, Jeremy Bentham, scoffed at the notion of universal rights held by virtue of being human. They were, he famously said, “nonsense on stilts”. Yet this very idea has become a dominant legal paradigm in the last century. With increasing concern about the sustainability of our planet, its creatures and future inhabitants, should we be reluctant to dismiss as nonsense something akin to human rights, with the weighty normative and legal claims they carry, being extended to those not currently understood as legal persons?

India, United States of America, Environment, Right to Life
In the United States, the Fourth of July is celebrated as Independence Day. Someday history books may celebrate ...