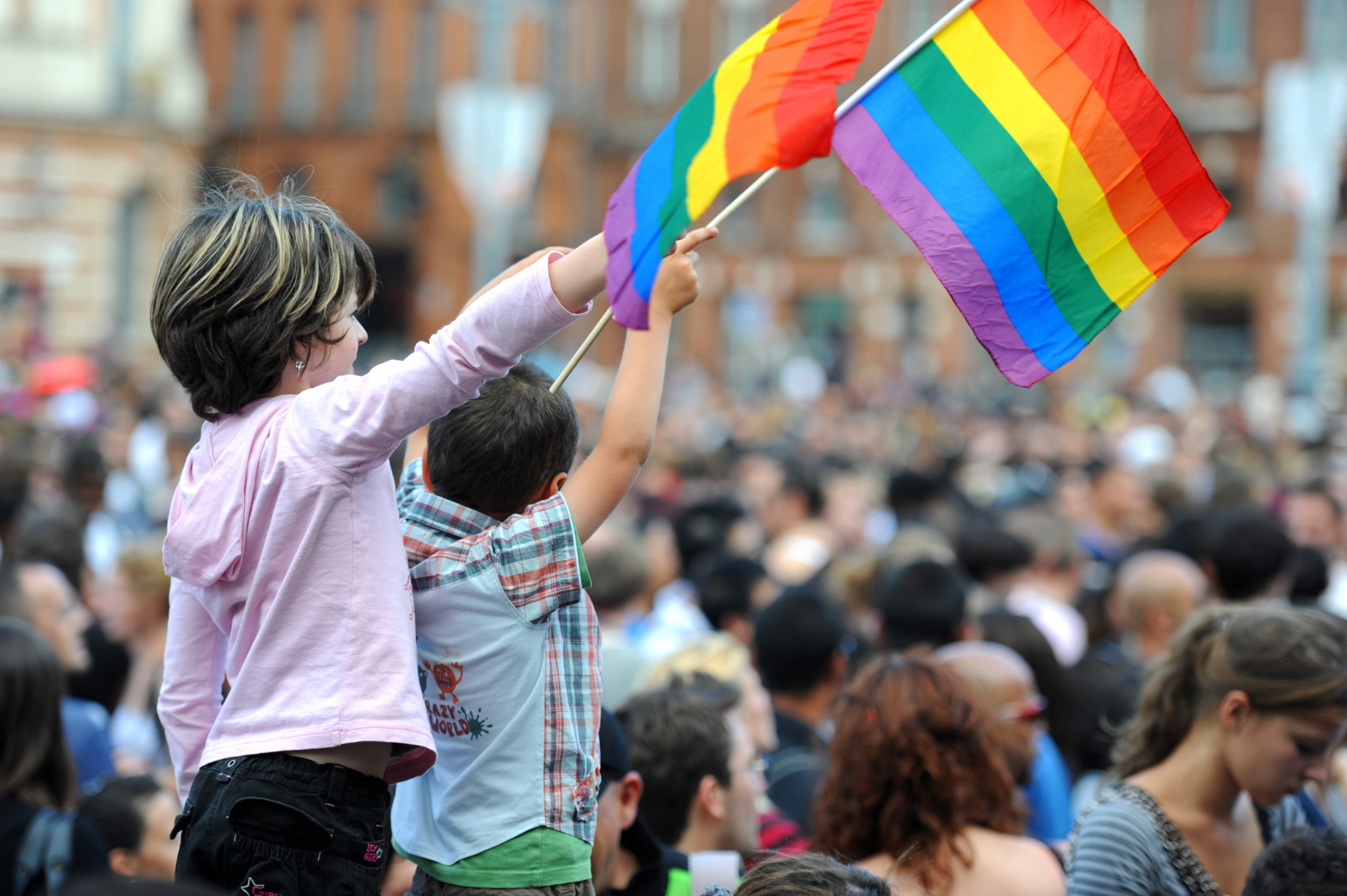 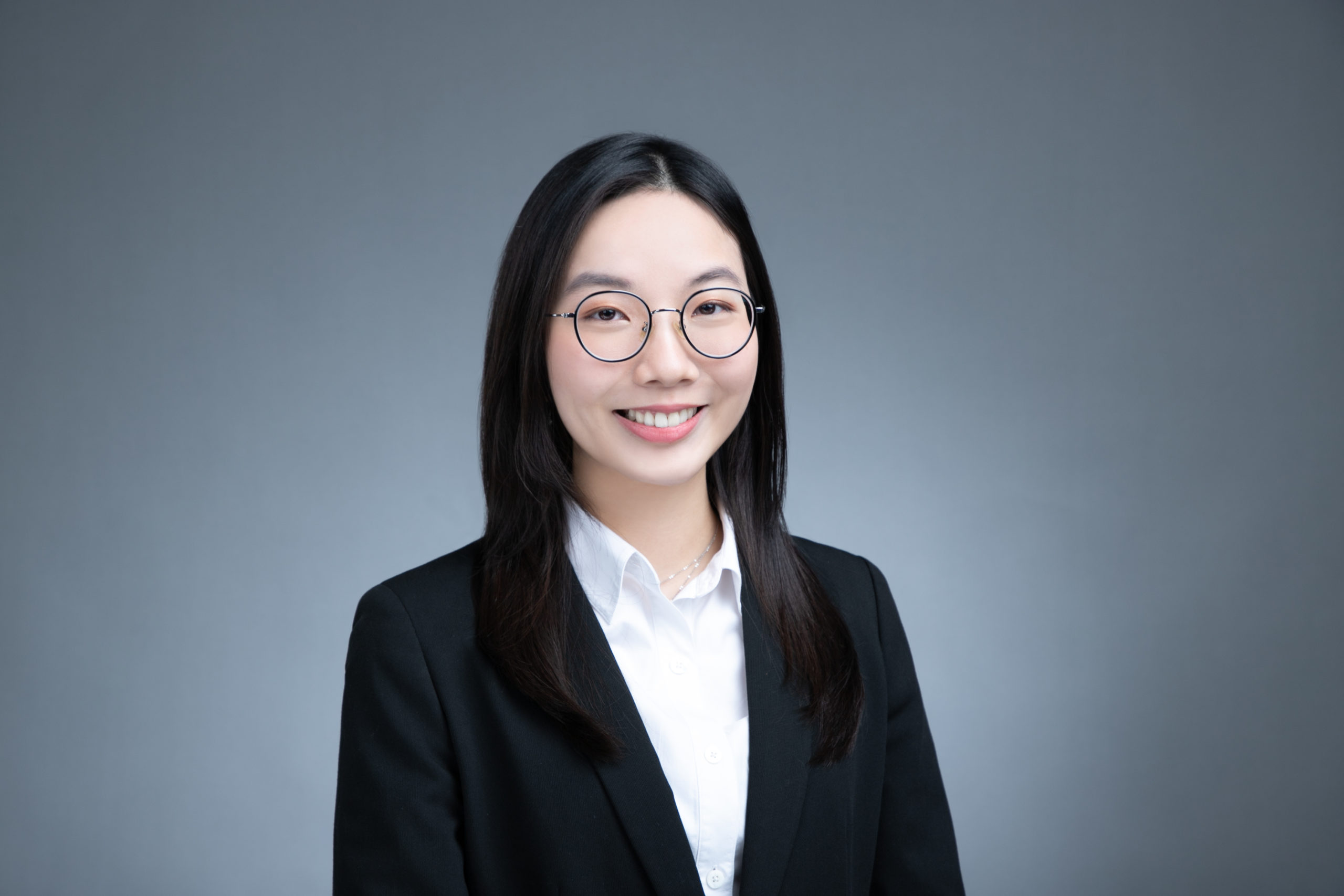 Kelly Chan is a final year student pursuing the Bachelor of Social Sciences and Bachelor of Laws at the University of Hong Kong. Her areas of interest include human rights law and trust law.

Image description: Two persons, one of whom is a child, standing amongst a crowd and waving rainbow flags.

While LGBTQ+ families in Hong Kong may have babies through means like donor insemination, the existing legislation is silent on one’s entitlement to parental rights over children upon the breakdown of non-heteronormative partnerships. Addressing this issue, the Court of First Instance has novelly granted joint custody and guardianship orders in favour of the non-biological parent in AA v BB [2021] HKCFI 1401.

The Applicant and Respondent were same-sex partners who had two children (X and Y) through donor insemination, with the Applicant as the sole gestational parent. X was born in Australia with both parties recognised as his legal parents in the Australian jurisdiction. The Hong Kong-born Y, on the other hand, could only have his biological mother registered as his legal parent. Under the laws of Hong Kong, only the Applicant can be admitted as the legal parent of X and Y whilst the Respondent has no custodial or guardianship rights over either child. Upon breaking up, the ex-partners endeavoured to cordially transition into co-parenthood. Hence, the Applicant sought, inter alia, court orders granting joint custody and guardianship to her former partner, the latter of which gives her ex-partner the bundle of parental rights, duties, and authority towards X and Y.

The Court affirmed its powers to grant orders as to the custody, care, and control of children in favour of a genetically-unconnected third party, pursuant to s10(1) of the Guardianship of Minors Ordinance (Cap. 13) (“GMO”), and its inherent jurisdiction. In assessing the propriety of a joint custody order, the minors’ best interests come as the Court’s first and paramount consideration. Whilst the “Welfare Checklist” in the English Children Act 1989 – a list involving elements like the child’s emotional needs and wishes – has yet to be statutorily adopted in Hong Kong, the Court considered it in evaluating the best interests of the children. Since X and Y expressed their love for both parents, and the ex-partners could amicably shoulder parental responsibilities to benefit the children, a joint custody order was ruled to be in the boys’ best interests.

The power to grant guardianship to the Respondent during the Applicant’s lifetime is within the Court’s inherent jurisdiction. Focussing on the best interests of the children, the Court recognised that the Respondent is a social and psychological parent, and therefore a “natural parent” of X and Y. Critically, such social and psychological parenthood is formed by the child requesting and the parent figure providing for his/her demands, from rudimentary levels of feeding to comparatively sophisticated levels of educating the minor. Further, it would be anomalous if the non-biological mother would only be X’s guardian but not Y’s due to Australian laws. Ultimately, refusing guardianship to the Respondent would be detrimental to the boys’ interests as they would not register the need for such differentiation between parents. Therefore, guardianship was granted.

AA v BB signifies a commendable move to equality in granting custodial and parental rights to non-gestational parents by honouring the minors’ welfare. Generally, given how children conceived in non-heteronormative families are biologically linked to only one partner, this legal breakthrough empowers the non-biological mother/father with the requisite parental rights to authorise emergency medical treatments and act in legal proceedings for the child. Equally, it stabilises parent-child bonds in separated same-sex families.

However, uncertainty lingers for cases involving adopted children in LGBTQ+-parented families, who are not related to either partner by blood. Since same-sex marriage has not been recognised in Hong Kong, only one partner may adopt children as a “single parent” instead of the couple adopting as “two spouses” under the Adoption Ordinance (Cap. 290). With parental rights only conferred to the adoptive parent, whether the non-adoptive partner can be granted parental rights upon the breakdown of their relationship, akin to AA v BB, remains unknown.

Moving forward, legislative amendments are needed to concretise the rights of the non-gestational parent. Currently, only legal parents can apply for custody or access orders under s10(1) of the GMO, meaning that an ugly breakup between homosexual partners would make it difficult for the non-biological parent to obtain them. The provision should therefore be relaxed to accommodate applications by natural parents.