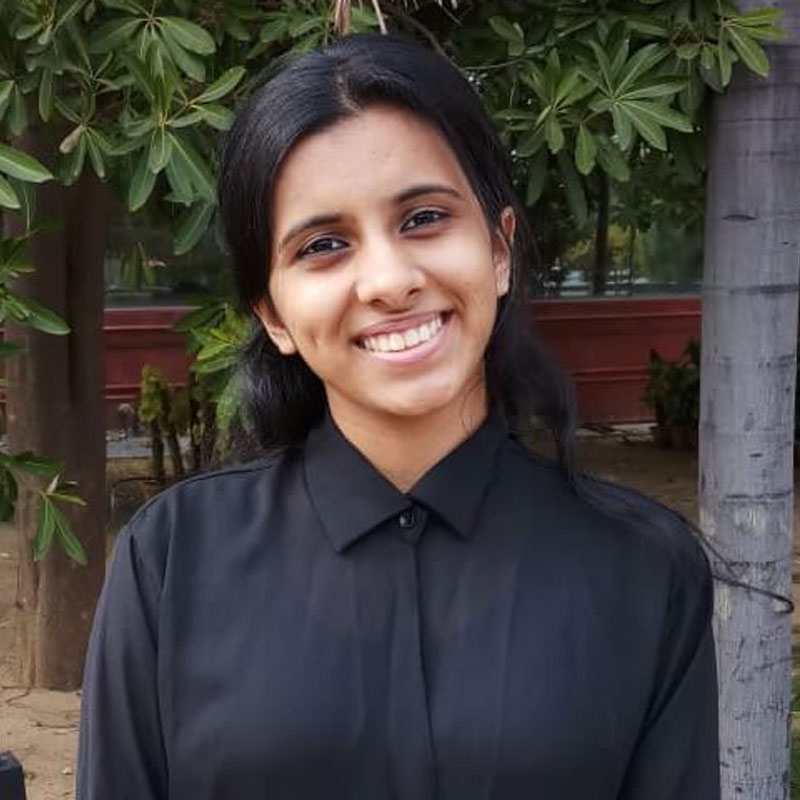 Lakshana Ramakrishnan is a third year student at the National Law University, Delhi.

In June 2013, Justice R C Lahoti, a retired Chief Justice of the Indian Supreme Court, wrote to the then Chief Justice on overcrowding, unnatural deaths, inadequacy of staff and the inadequate training of staff in the Indian prison system. The letter was admitted as a writ petition through an order passed in July that year. The writ sought to remedy the inhuman conditions prevailing in 1382 prisons in India. From 2016 to December 2018, several judgements titled Re: Inhuman Conditions in 1382 Prisons have been delivered in relation to this petition. The directives issued in these judgements have accorded them landmark status. The latest order, delivered in December 2018, is a landmark order in directing that death row inmates are entitled to be interviewed by, and to meet with mental healthcare professionals.

The order was delivered by a three-judge bench of the Indian Supreme Court. The court referred to its judgement in Francis Coralie Mullin v Administrator, Union Territory of Delhi where it affirmed that prisoners have a right to periodic meetings with their legal representatives to ensure efficient legal representation. It held that these rights should be extended to guarantee persons on death row a right to periodic visits from mental healthcare workers. It advised the Central and State Governments to bring about changes in prison manuals and regulations to incorporate this directive.

Studies have shown that prisoners in Indian prisons have unmet psychiatric needs. Concerns regarding mental health in prisons have been expressed in other jurisdictions as well. In December 2017, the UK Parliament released a report titled ‘Mental Health in Prisons’ which sheds light on the gross inadequacy of mental health care within the prison system and the role that prisons play in worsening the mental health of prisoners in the UK. In India, a 2003 Model Prison Manual mandated that prisoners suffering from mental health conditions be admitted to mental health institutions, and psychiatrists and counsellors be made available to examine the prisoners periodically. A revised manual released in 2016 directed regular mental health evaluation for death row prisoners as well. However, the model prison manual has so far not been implemented, necessitating the Supreme Court’s directions in this case.

Under international law regime, the United Nations General Assembly Resolution 45/111 requires that prisoners should have access to all the health facilities available in a country, which would include mental healthcare. The WHO has also stressed the importance of training prison staff, providing access to mental healthcare, and adopting relevant legislation to safeguard the mental health of prisoners.

Another problem is that, while section 84 of the Indian Penal Code, 1860 prohibits the execution of persons who were mentally ill at the time of committing a crime; there is no specific provision prohibiting the execution of those who develop mental illness while in prison, prior to their execution. In Shatrugan Chauhan v Union of India  the Indian Supreme Court acknowledged the impact that the long-term imprisonment of prisoners on death row has on their mental health. The prisoners in that case had been on death row for a period ranging from 9 to 14 years. The court commuted the death sentences of 15 prisoners to life sentences. One of the death sentences was commuted on the ground that the prisoner developed schizophrenia while he was on death row.

Through resolutions and reports, the United Nations has expressed that the death penalty should not be imposed on those suffering from mental or intellectual disabilities at any stage of trial or execution. In 2010, concerns were raised regarding how the non-execution of the mentally ill was a custom in various nations but had not been formalized by mention in relevant treaties and legislation.

In light of judgements such as Shatrugan Chauhan and Re: Inhuman Conditions in 1382 Prisons, that acknowledge deteriorating mental health in prisons, the Indian legislature should look into devising effective legislation to improve mental health in the prison system. Additionally, the legislature should amend the Indian Penal Code and prohibit the execution of persons who developed mental health problems while on death row to adhere to prevailing human rights standards in international law.

India, Children's Rights, Criminal Justice and Fair Trial, Death Penalty
When news broke out two weeks ago of the horrors committed in the brutal rape of two girls in the small towns of ...

The Indian Suffragists: Claiming their Rights in Britain and India

India, Gender, Right to Equality and Non-Discrimination, Right to Vote
In the beginning there were Indians in suffragists movements, and an India suffragist movement. The suffragist ...