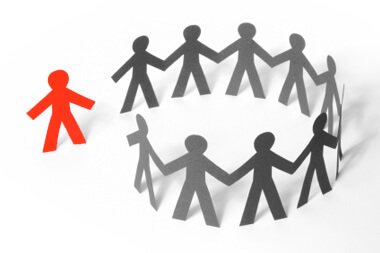 Mr Redfearn was summarily dismissed by his employer because of his political membership of the British National Party.

On 6 November 2012, the European Court of Human Rights (ECtHR) handed down judgment in Redfearn v United Kingdom. In a two-part post, Alan Bogg argues that the ECtHR reached the correct decision and considers the implications of this judgment.

Mr Redfearn stood as councillor for the British National Party (BNP). At the relevant

time the BNP was a ‘whites only’ political party that was implacably committed to the halting and reversal of non-white immigration. Mr Redfearn worked as a driver for Serco, a company which provided transport services to Bradford City Council for vulnerable children and adults with physical and mental disabilities. Many of the service users and employees of Serco were of Asian origin. Following complaints from trade unions about Mr Redfearn’s political orientation and his subsequent election as a BNP councillor, Mr Redfearn was summarily dismissed by Serco. It was not disputed that he had been an exemplary employee in his employment. Nevertheless, Serco took the view that his continued employment posed serious reputational risks to it, and this might jeopardise Serco’s ability to continue in its contractual arrangements with Bradford City Council. Mr Redfearn was not able to bring an unfair dismissal claim because he lacked the necessary continuity of service (at that time 1 year, now 2 years) as an employee. Furthermore, dismissal by reason of political belief was not included as an ‘automatically unfair’ reason for dismissal that operated as a ‘day 1’ statutory right. Nor was there any free-standing anti-discrimination provision in respect of political opinion or affiliation. His claim for race discrimination – predicated somewhat unusually upon the race of some of his fellow employees and service users rather than his own race – was dismissed by the Court of Appeal.

In a brave decision, the Fourth Chamber of the ECtHR concluded by a majority that domestic law breached Mr Redfearn’s Article 11 right to Freedom of Association. A number of important propositions were reiterated by the Court. First, Article 11 is capable of generating positive obligations to intervene in private relationships in order to secure effective enjoyment of the right to freedom of association. This would necessitate positive interventions that were ‘reasonable and appropriate’ to secure the right against interference by other private actors. Secondly, dismissal is a particularly destructive interference with an applicant’s Convention rights, especially given Mr Redfearn’s age (he was 56 years old when dismissed). Thirdly, political parties (like trade unions) are an especially important associative form that are ‘essential to the proper functioning of democracy’ (para 55). For this reason, it was particularly important that there be a legal mechanism in place to secure the applicant’s Convention rights. Fourthly, it followed from this that the one year continuity threshold in place at the time was inappropriate for individuals in Mr Redfearn’s position. While the Court accepted that a qualifying period could in principle be legitimate in the interests of job creation, and indeed was legitimate in domestic law in the UK at the time of Mr Redfearn’s complaint, the 1 year continuity threshold needed to be dispensed with in Mr Redfearn’s situation. This would enable a tribunal to scrutinise the fairness of Mr Redfearn’s dismissal, given the competing interests at stake. The possibility of dismissal ‘solely on account of the employee’s membership of a political party’ opened the way for an abuse of citizens’ rights under Article 11 (para 55). Alternatively, it was open to the UK Government to enact a free-standing right not to be discriminated against because of political opinion or affiliation.

Redfearn v UK is a brave decision. It is also the right decision.  There are two obvious ironies to the outcome. First, the BNP is steadfastly opposed to any European intervention into domestic human rights concerns. Hence, for the BNP, Redfearn must come as something of a pyrrhic victory. Secondly, the main beneficiaries of the Redfearn decision are likely to be British trade unions. In my next post I will discuss a few of the more interesting points that arise out of Redfearn.