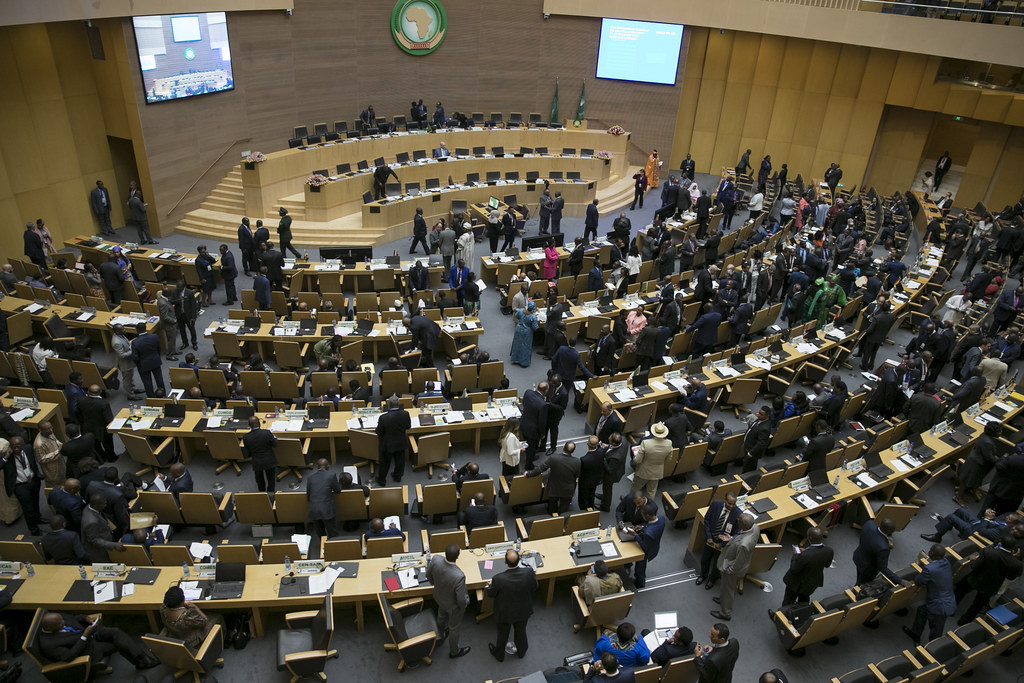 Reparations for the Ogiek: A Step in the Right Direction

Image description: a legislative chamber hosting a summit of the African Union

In June 2022, the African Court on Human and Peoples’ Rights (“ACHPR”), awarded USD 1.3 million to the Ogiek people of the Mau Forest. The amount must be paid by the Kenyan Government for breaching the rights of the Ogiek people by attempting to evict them from their ancestral lands in the Mau Forest Complex. ACHPR also ruled that the Kenyan Government should recognize Ogiek as indigenous peoples (protected status), something which has been long resisted by the Government.

The Ogiek community are simple hunter-gatherers that have faced evictions ever since the early 1930s to clear lands for British settlements. The community finally decided to petition against a 30-day eviction notice that was served upon them in 2009. After 8 years of legal battle, the ACHPR finally ruled that the actions of the Kenyan government had violated the principles of non-discrimination (Article 2) and the right to religion (Article 8) and culture (Article 17) of the Ogiek people. However, the court did not rule on reparations, leaving the issue for a later decision.

The 2017 judgment recognized the indigenous status of the Ogiek people. The 2022 judgment affirmed this part of the judgment adding that the Kenyan Government must take sufficient measures to ensure the status of the Ogiek people. The judgment recognised the longstanding oppression and marginalisation of the Ogiek. This status is not a symbol of subordination, but it recognizes that certain groups require institutional remedies for institutionalized harms. The Court stated that this recognition is not detached from the other claims of survival and livelihood but is intrinsically tied to it.

The ACHPR awarded reparations to the Ogiek on two broad grounds. Firstly, for the material prejudice suffered by the Ogiek in the form of destruction of property and natural resources, KES 57,850,000 (USD 500,000) was awarded. Secondly, the Court recognized that there was moral prejudice to the Ogiek. The evictions were said to cause great distress to the families of Ogiek for which a compensation of KES 100,000,000 (USD 850,000) was awarded. On top of these compensations, non-monetary reparations were also awarded. Relying on the case of Centre for Minority Rights Development (Kenya) and Minority Rights Group (on behalf of the Endorois Welfare Council) v. Kenya, the Court said that under international law, mere access to land is not enough and there needs to be restitution of their ancestral lands.

The judgment went further than merely adjudicating the issues that had already arisen. Citing the Inter-American Court of Human Rights Case of The Kichwa Indigenous People of Sarayaku v. Ecuador, the Court said that there is an obligation to consult the Ogiek regarding all future developmental projects. This ruling sets an important precedent for other indigenous communities who are currently under threat of corporations and municipal bodies dictating the future of their land. If the Ogiek and the third party are unable to reach an agreement on the future of the land, then according to the judgment, the land would have to be returned to the Ogiek.

It is a general trend of governments around the world to marginalise the indigenous communities, forcing them to fight for their rights in courts. There will always be a mismatch of resources between the communities and the state which would further aggravate their struggles. The Ogiek Peoples’ Development Program remarked that the long court battles negatively impact the community’s capacity to focus on their own social and economical development. This judgment is monumental not only for Ogiek but for indigenous communities across Africa. By relying on the United Nations Declaration on the Rights of Indigenous People, the Court concretized the rights of vulnerable groups that require special protection. Lastly, by recognizing that the indigenous groups cannot be held responsible for the depletion of forest resources, the Court eliminated any grounds that justified the eviction of the Ogiek people.