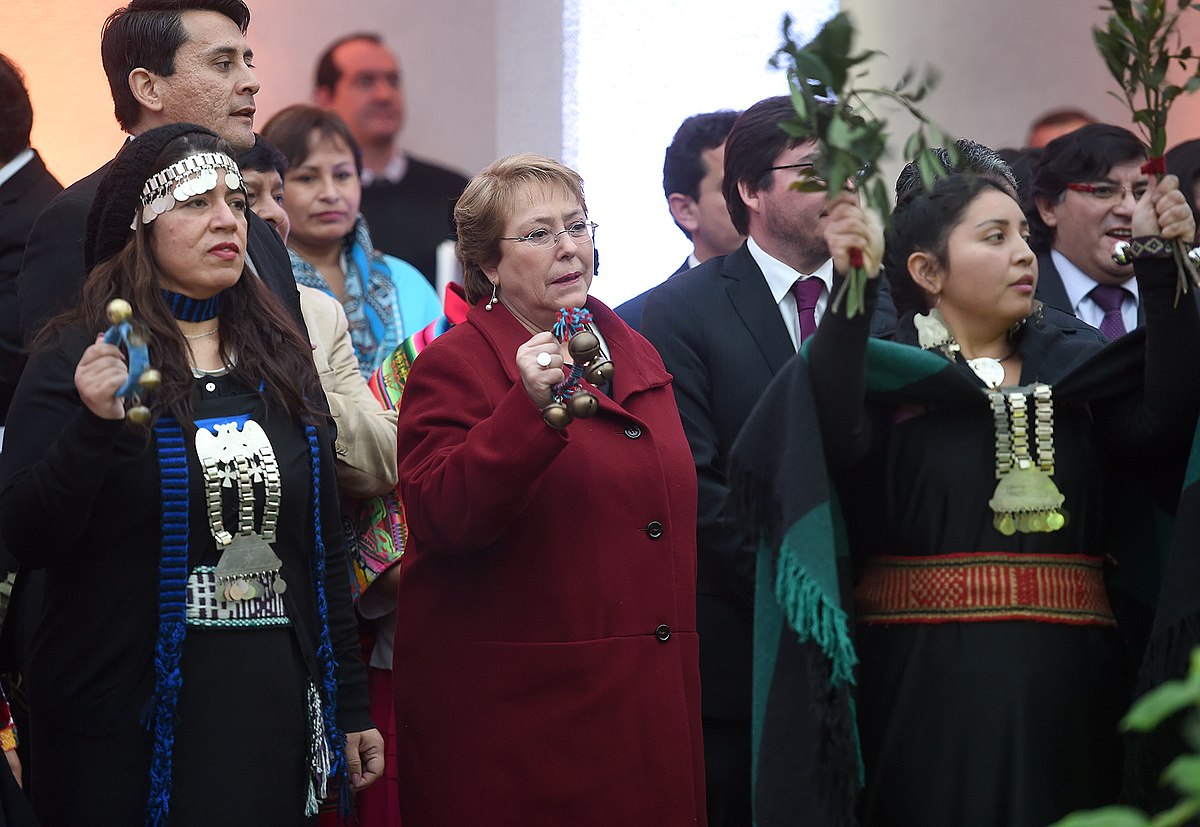 Image description: Indigenous representatives meet with Chile's President Michelle Bachelet on the National Day of Indigenous People's, 24 June 2015. Two indigenous women stand, with Bachelet between them, while the three of them hold indigenous items. Government officials in suits can be seen behind them in the back. 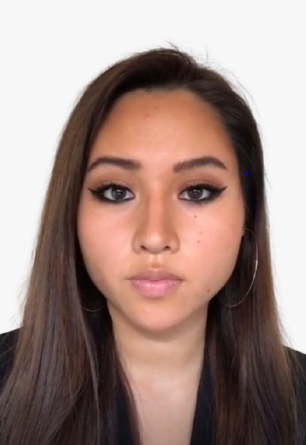 Christine Savino is a consultant for the U.S. government and based in Washington, D.C.

Image description: Indigenous representatives meet with Chile’s President Michelle Bachelet on the National Day of Indigenous People’s, 24 June 2015. Two indigenous women stand, with Bachelet between them, while the three of them hold indigenous items. Government officials in suits can be seen behind them in the back.

In the 2022 Chilean Plebiscite, 62% of participating Chilean voters rejected a historically progressive Constitutional draft that would have replaced the Magna Carta created under the far-right Pinochet Dictatorship. If passed, this new constitution would have historically enshrined indigenous rights to align with international law. Another draft will likely be voted on, as 78% of Chileans voted in the 2020 Plebiscite for a new constitution, and President Gabriel Boric has promised that his government will thus create a less polarizing text. Although the details and timing for this new draft remain unclear, it is nonetheless an opportunity for the constitution to align with international human rights law perspective to protect indigenous rights.

The current situation in Chile

In 2019, a social upheaval (‘estallido social’) erupted in Chile due to mass inequality and depleted government services. Thereafter, Chilean voters overwhelmingly voted in favour of creating a new constitution. The draft was created alongside the United Nations (UN) Human Rights Regional Office for South America to align with international law protections on indigenous human rights, including the UN Declaration on the Rights of Indigenous Peoples (UNDRIP) and Indigenous and Tribal Peoples Convention (ILO) Convention 169. If the constitution had been passed, Indigenous People’s rights would have been enshrined into Chile’s highest legal document through the establishment of Chile as a plurinational state. This would have indemnified indigenous people’s rights including their own land and resources, ensured consultation on all matters that affect them, and instituted a quota of reserved seats in national representative bodies. It would have been a historical achievement, since Indigenous people have a long-standing history of discrimination in Chile, including centuries-long land disputes, hate crimes against civilians, and institutional discrimination.

Constitutional protections for indigenous communities provide potential legal recourse against discrimination. For instance, Section 108 of the Norwegian Constitution and the Sámi Act were written under adherence to international conventions such as the ILO Convention 169 and Article 27 of the UN Convention on Civil and Political Rights, implementing indigenous protections that would have otherwise likely not occurred. In 2021, the Norwegian Supreme Court ruled in favour of protecting the largest indigenous community, Sámi, against mass wind farm construction on indigenous land, citing Sámi’s indigenous cultural rights per Article 27 of the International Covenant on Civil and Political Rights and Article 108 of the Norwegian constitution, which safeguard indigenous rights to culture and language.

Perhaps Chile’s history of indigenous discrimination could have been lessened through cases protecting indigenous rights if it had similarly enshrined them into constitutional law. Although Chile adopted the UNDRIP which explicitly states that “Indigenous peoples shall not be forcibly removed from their lands or territories”, and ratified the ILO convention 169, which states that ‘shall not be removed from the lands which they occupy”, indigenous communities continuously struggle for land rights. Constitutional protections would likely facilitate the realization and enforcement of international law.

The limitations and possibilities of constitutional indigenous rights

It is important to note that the implementation of indigenous protections into constitutional law does not necessarily guarantee their enforcement, especially due to the possibility of restrictive constitutional interpretation and other limitations to access to justice through judicial review. For instance, although the Brazilian 1988 Constitution guarantees indigenous communities the right to their own culture and land, in 2021, the Brazilian Supreme Court—operating under far-right President Jair Bolsonaro’s regime—shelved a case that could have secured Santa Clara land rights for indigenous Xokleng People from agricultural companies. Prior legal decisions regarding indigenous land rights interpreted the constitution as only providing such protections to indigenous communities that can prove that they occupied the land the day of the constitution’s ratification, making case wins for indigenous parties extremely difficult.