Repression of Nonviolent Activism in Syria 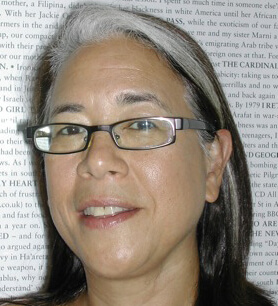 These days, nonviolent activists in Syria find themselves targeted on one side by the Syrian regime, and on the other, by extremist Islamic fronts. Their opposition to narrow interpretations of their country’s future – as either a continuing dictatorship or an equally brutal Sharia-state – has given these supposed foes common cause in attacking them.

On 9 December 2013, masked gunmen entered the office of the Violations Documentation Centre inthe Damascus suburb of Douma. They kidnapped renowned Syrian human rights lawyer Razan Zaitouneh, one of the most credible voices of the Syrian revolution. Sought by the regime for her activities, she was forced into hiding. But that did not stop her from working.

In a 2012 essay, she describes the process of verifying Syria’s dead in Culture in Defiance, p. 22: “Experts of death documentation… do not cry. …We don’t stop wondering whether we, who are documenting death through the screens of our devices, or those… documenting death with their fingers and eyes – will someday return to be ‘natural’ creatures? Or has death already added us to its kingdom at the end?” Following her kidnapping, Syria’s death toll rose from 150,000 to 162,000 in less than two months.

Razan’s husband Wael Hamida, former political detainee Samira al-Khalil and poet Nazem al-Hamadi were abducted along with Zaitouneh. Initially it was thought that the gunmen were allied to the regime. However al-Khalil’s husband, the Syrian dissident author Yassin al-Haj Saleh identified them as belonging to Jaysh al-Islam (Amy of Islam), a Saudi-backed group. Neither Zaitouneh nor her colleagues have been heard from since. Kidnappings by the Islamic fronts of foreign journalists and Syrian media workers are not new. Among many others, the photographer Ziad Homsi was held by ISIS in al-Raqqa for over a month before his release.

In Zaitouneh’s last video blog before her disappearance, she describes the more than two-year imprisonment and torture in detention of Mazen Darwish, the director of the Syria Centre for Media and Free Expression. In a letter smuggled out of Damascus Central Prison, and using the word ‘discipline’ as a euphemism, Darwish writes with compassion: “To the security personnel who carried out the responsibility for disciplining me for ten months, and especially for those who disciplined me in the first days of Eid al-Adha, I feel sorry for all of us.”

Both Darwish and Zaitouneh have been influential in the LCC, an activist-run network of Local Coordinating Committees operating in Syrian towns and cities, which organised Syrian citizen journalists. Since the beginning of the uprising more than 300,000 films and documentary reports from Syria have been posted over the Internet. But many contributors were dispirited after the 2012 chemical attacks in East Ghouta and Douma failed to budge the international community into action. Their numbers decreased.

The journalists, photographers and filmmakers who remain active inside and outside the country continue the work of Zaitouneh and Darwish. As they amass and verify evidence for a war crimes tribunal on Syria, it seems they are guaranteeing themselves future persecution – by both Baathists and Islamists.

Syria, Constitutions and Human Rights
In September, 2019, the United Nations Secretary General announced the formation of the long awaited Syrian ...