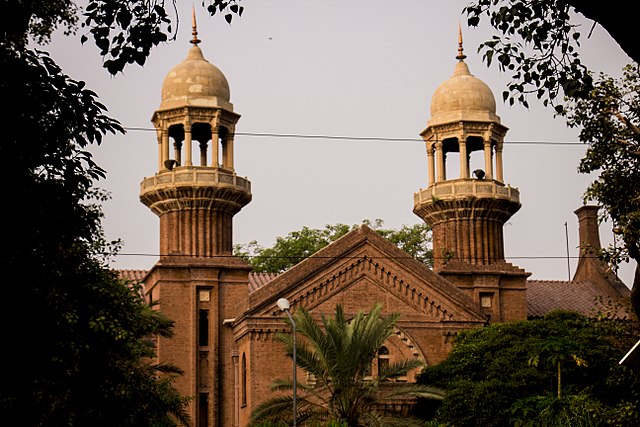 Across Pakistan, the two finger test (TFT), also known as the virginity and hymen test is conducted on female survivors and victims of rape and sexual abuse. It is a practice whereby two fingers are inserted inside the female genitalia by a medico-legal officer (MLO) to check its size and elasticity. The TFT is based on the unscientific and misogynist assumption that a woman habituated to sexual intercourse is less likely to have been raped hence she lacks the moral authority to make an assault or rape accusation. On 04 January, 2021 the Lahore High Court (LHC) delivered its landmark judgement in Sadaf Aziz v. Federation of Pakistan and held that the TFT was illegal, discriminatory and unconstitutional.

After the nationwide protests following the Lahore motorway gang rape, President Dr Arif Alvi approved the Anti-Rape Ordinance 2020 (2020 Ordinance). The Ordinance was promulgated because the Senate and National Assembly were not in session. The Ordinance will lapse within 120 days of its promulgation if the requirements stipulated under Art 89 (1) and/or (3) are not followed to extend it. S. 13 of the 2020 Ordinance stipulates that, “the two-finger virginity testing, for the purposes of medico-legal examination of a victim…shall be strictly prohibited.” Judge Ayesha A. Malik took the opinion that despite S.13 specifically prohibiting the TFT, “the Federal Government has taken no steps to enforce the requirements of the 2020 Ordinance.” She was of the opinion that no steps were taken to create awareness and training in order to change the habits of the MLOs in carrying out the virginity test. She observed that, “concept of virginity testing is ingrained in the processes of the medico-legal examination and without proper training and awareness programs, there can be no success in bringing the tests to an end.”

Further, in November 2020, the Guidelines for the Examination of Female Survivors/Victims of Sexual Abuse (2020 Guidelines) were issued by Punjab’s Specialized Healthcare and Medical Education Department. Clause 14 of the 2020 Guidelines specifically stipulates that the TFT, “must not be performed.” However, the Court read Clause 14 and 15 together and came to the conclusion that while digital examination is specifically prohibited in Clause 14, as per Clause 15 it is not done where the hymen is intact. The Court noted that the TFT can be conducted where the hymen is not intact. Therefore, the Court was of the view that “The 2020 Guidelines do not categorically prohibit virginity testing, rather they attempt to camouflage the issue so as to continue this practice.” The LHC noted that the 2020 Guidelines make no distinction between minors, adolescents nor does it attend to disabilities or disabled victims. There are no protocols on treating the victim, taking her history or even questioning her on sexual intercourse.

The LHC held that the TFT offends the personal dignity of the female victim and therefore is against Articles 9 (right to life) and 14 (right to dignity) of the Constitution of Pakistan. Moreover, it was held that the TFT is discriminatory against the female victim as they are carried out on the basis of their gender, therefore offends Art 25 (equality of citizens) of the Constitution. The LHC directed the Federation and Provincial Government to take necessary steps to ensure that virginity tests are not carried out in medicolegal examination of the victims of rape and sexual abuse.  It further directed the Provincial Government to revise the 2020 Guidelines so that all required protocols and instructions as per international practice are included.

The judgment in Sadaf Aziz v. Federation of Pakistan was celebrated across Pakistan. However, the LHC’s ruling only applies to the Province of Punjab. It only has persuasive value and cannot serve as a biding precedent. A similar petition with the purpose of abolishing the TFT is currently pending before the Sindh High Court. The Federation and Provincial Governments must act in harmony and devise an appropriate strategy to abolish the TFT across Pakistan.

South Africa, Gender, Right to Equality and Non-Discrimination, Right to Privacy, Sexual and Reproductive Rights
It’s clearly not yet 2016 in the UThukela District in Kwa-Zulu Natal, South Africa, where the municipality ...