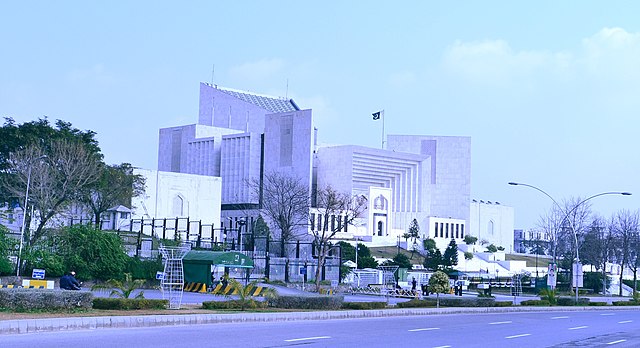 On October 05, 2022, Justice Ayesha A. Malik of the Supreme Court of Pakistan (SC) delivered the landmark judgment in Raja Muhammad Owais v. Nazia Jabeen. This judgment held that a mother’s re-marriage cannot become a stand-alone reason to disqualify her from claiming the custody of her children.

In coming to its decision, the SC referred to the principles of Mohammadan Law by D.F. Mullah (Paras 352 – 354) which state that when a woman remarries, she can be disqualified from seeking custody of her children. However, the SC distinguished Paras 352 – 354 on the basis that S.17 of the Guardian and Wards Act 1890 (Act of 1890) requires the Courts in Pakistan to consider the welfare of the minor when appointing a guardian. Moreover, the SC held that the welfare of the child will be decided based on the age, sex, and religion of the minor, as well as the character and capacity of the guardian. Furthermore, Pakistan ratified the United Nations Convention on the Rights of the Child (UNCRC) in 1990 with reservations that it will adopt the Convention, subject to the requirements of Islamic Law. However, in 1997, the ratification became absolute when Pakistan withdrew this reservation. The SC stated at para 8 of the judgment that the ‘’UNCRC recognizes that the child should grow up in an environment of love, happiness and understanding.’ Article 3 (1) of the UNCRC provides that: ‘’…the best interest of the child shall be a primary consideration…’’

Further, the SC was informed by each of the children that they desired to live with their mother. Article 12 of the UNCRC provides that: ‘’…the child who is capable of forming his or her own views the right to express those views freely in all matters affecting the child, the views of the child being given due weight in accordance with the age and maturity of the child.’’ The SC held that the Courts should take into account the preference of the minors where they are old enough to state their preference intelligently. The Court stated that it must consider the best interest of the child when deciding cases of custody. Therefore, the SC held at para 6 of the judgment that the conditions contained in Paras 352-354 of Mullah’s Mohammadan Law are not absolute and are subject to the welfare of the child. Hence, a mother’s remarriage cannot become a stand-alone reason to disqualify her right to the custody of her children.

The judgment by the SC has been widely celebrated in Pakistan as it focuses on the child’s best interests as opposed to making a presumption based on the gender of the parent. However, it has been estimated that a case for the custody of children under the Act of 1890 takes three to five years to conclude in the Family Courts. Gender-based poverty means that women in Pakistan have less access to resources outside of their marriage and are vulnerable to pressure during custody battles. The long duration of such court cases coupled with the weak bargaining power of women often results in out-of-court settlements. This goes against the welfare of the child because the assessment of the child’s custody is not based on the child’s best interests but on the bargaining position of the parents. Further, women from the rural and tribal areas of Pakistan are unable to apply to the Courts for the custody of their children due to the unavailability of free legal aid services. Additionally, local customs often prevail over national laws and patriarchal structures are much stronger in those areas. To keep the welfare of the child at the forefront of custody cases, the State should provide free alternative dispute resolution (ADR) services, such as mediation, to provide faster and more effective dispute resolution in custody cases.

Pakistan, United Nations, Access to Justice, Children's Rights, Gender, Right to Health, Role of the Judiciary
Image description: Children in a village in Sindh Pakistan. As per a recent UNICEF report, Pakistan is home to ...