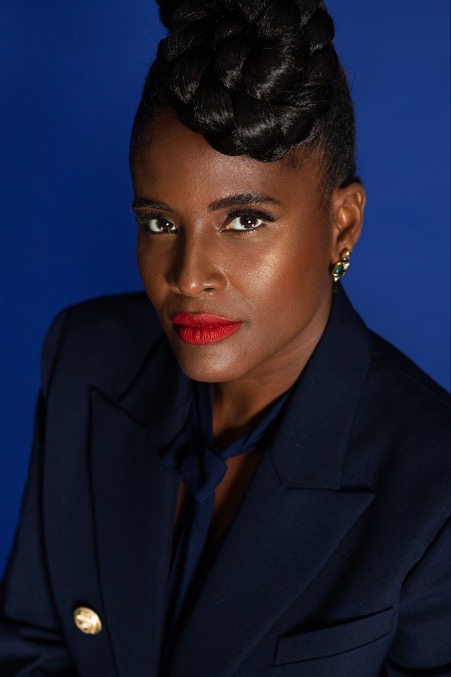 Djamila Ribeiro holds a degree in Philosophy and a Masters in Political Philosophy from the Federal University of São Paulo. She is the author of the books “Lugar de Fala” (Place of Speech) (Jandaíra/Selo Sueli Carneiro), “Quem tem medo do Feminismo Negro?” (Who's Afraid of Black Feminism?), “Pequeno manual antirracista” (Short anti-racist guide) and “Cartas para minha avó” (Letters to my grandmother) (Companhia das Letras). She is also a visiting professor at the department of journalism at the Pontifical Catholic University of São Paulo (PUC-SP).  She was awarded the 2019 Prince Claus Prize, granted by the Kingdom of the Netherlands and was considered by the BBC as one of the 100 most influential women in the world. In 2021, she was the first Brazilian person in history to be honored by the BET Awards, given by the Black community of the USA.

A year ago, here in Brazil, a ten-year-old Black girl in the state of Espírito Santo was raped by her uncle and got pregnant. Sadly, this is commonplace in a country that often feels like a large slaughterhouse for women. According to the Public Security Yearbook, over 60,000 people were raped in Brazil in 2020 with over 60% of victims being girls aged 0-13.

Espírito Santo generally receives little attention from the news, but this story gained traction because the girl and her family fought for her right to get an abortion in court. On Twitter, a ”far-right anti-abortion activist,” with strong ties to Bolsonaro’s fundamentalist Ministério da Família, obtained and publicised the name and address of the hospital where the abortion was to take place. In doing so, they violated Brazilian laws of protection for children and adolescents.

Yet, this confidential information remained on Twitter and within a few hours the words “rape” and “abortion” were trending as was the name of the anti-abortion activist. As more people became aware of hospital location, many more anti-abortion activists gathered at the hospital door where they proceeded to protest and prevent doctors and nurses from entering. This all happened at the expense of a child who was raped and later went to get an abortion on 17th August while holding a stuffed giraffe for comfort. It was a traumatic show.

Meanwhile, the anti-abortion activist responsible received no criminal consequences. That week, in the column I write for the Folha de São Paulo newspaper, I asked the following rhetorical question: how much of the profit earned by Twitter and YouTube, where the activist made “live videos” to comment on the case, would be given to the girl and her family?

This case demonstrates how Black people in Brazil and particularly Black women are regularly dehumanized on social media platforms. Indeed, Luiz Valério Trindade, a Brazilian researcher at the University of Southampton, recently found that Black women form 81% of victims of online racism on Brazillian Facebook.  He noted that one of the reasons for this may be resentment at the current trend of upward social mobility amongst Black women in Brazil.

Given this context, where Brazilian social media is a hotbed of hatred against Black women, I joined several other organizations to file a complaint against Twitter with the Public Prosecutor’s Office.  Our legal team, led by Professor Adilson Moreira, pointed to widespread exploitation of racism and misogyny on the platform. After the lawsuit was filed, we were contacted by the Stop Hate for Profit campaign, headed by the ADL and NAACP, with views similar to ours about hate on Twitter.

In our complaint, without precedent as far as we know, we demanded compensation for the collective damage done to Black people in Brazil and for Twitter to be required to adjust its conduct through the intervention of an independent inspection team composed entirely of Black people.

Our complaint has strong opposition from Twitter, but given the importance of Black lives and Black mental health, we remain hopeful for a fair outcome.