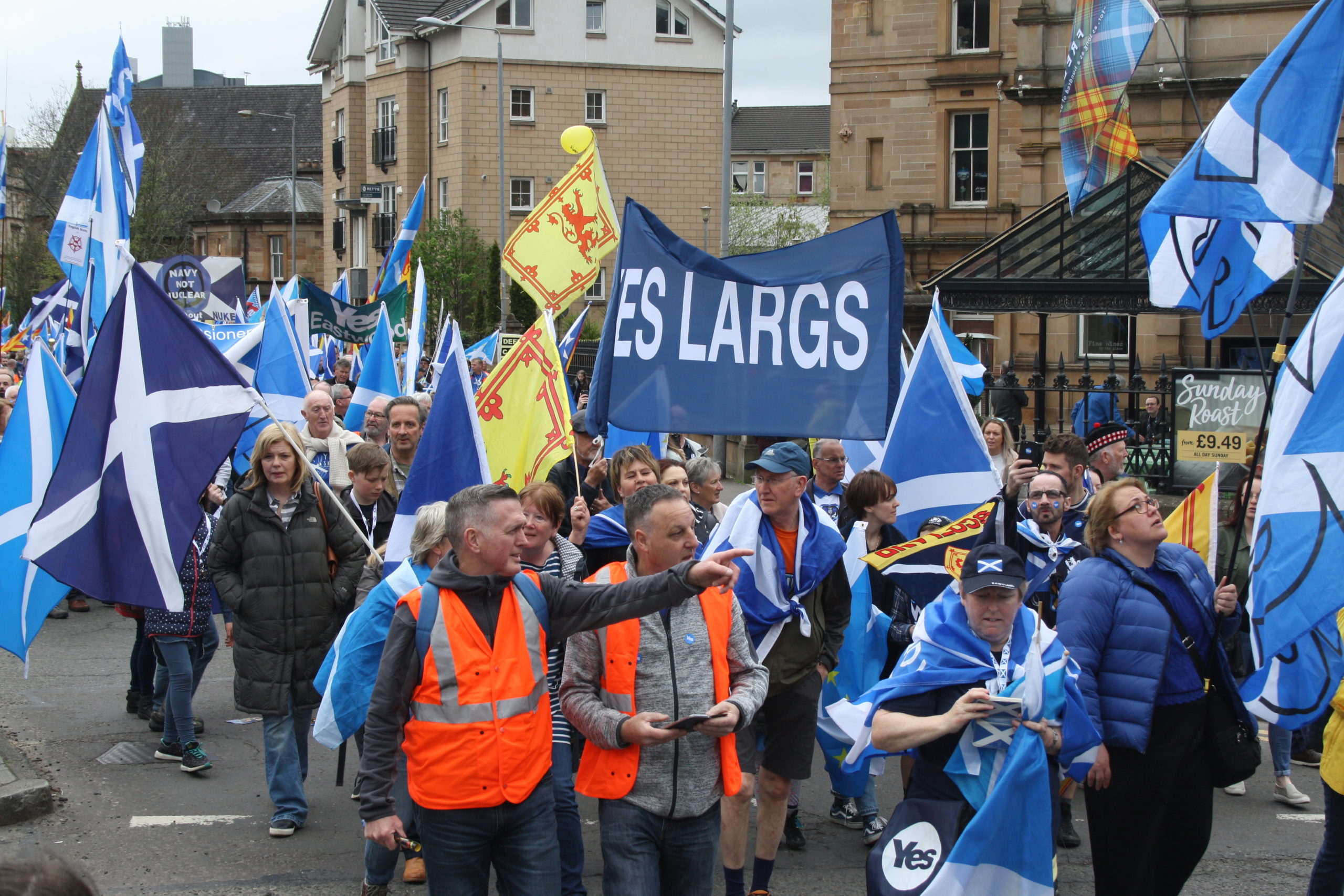 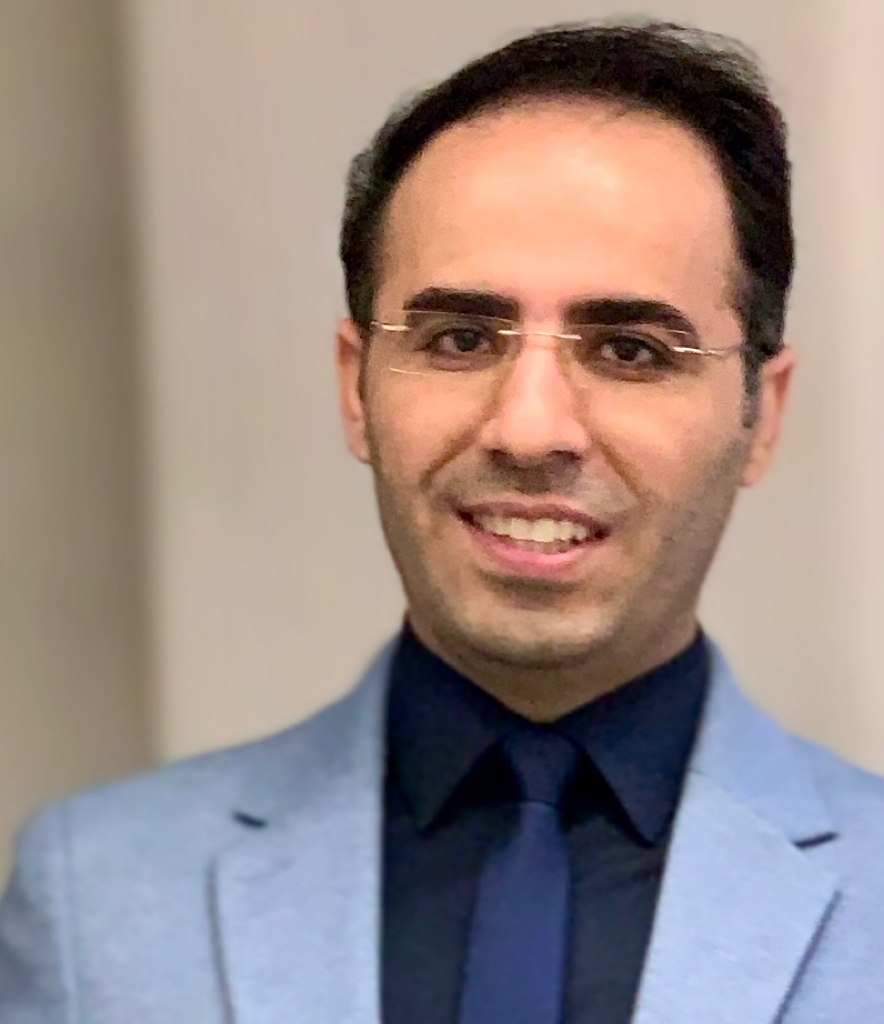 Dr Loqman Radpey is a research fellow of the Edinburgh Centre for International and Global Law (ECIGL) in Scotland. Since 2012, he has studied and written extensively on Kurdistan and statehood, self-determination and the Kurds. Loqman completed the PhD in Law at the University of Edinburgh in early 2022. His thesis offers a Middle Eastern perspective on the right of self-determination. Its distinctive historical innovation is the observation that the Kurds are poised between the ideal of the unitary nation-state and the reality of multinational states. It represents the first comprehensive historico-legal account of the treatment of Kurdish aspirations to an independent Kurdistan (i.e., statehood) within the international law literature on self-determination over time. Recently, he has been focusing on Eastern Kurdistan and the war in Ukraine.

Image description: a rally in support of Scottish independence.

Implementation of the right of self-determination should be congruent with the free, collectively expressed will of all legally qualified peoples. Changing the legal status of a territory must not be imposed without popular participation, as confirmed by the International Court of Justice (ICJ) in the Western Sahara case. This criterion can be met by means of a referendum or the existence of a representative body expressing the will of the respective people. A clear expression of will confers legitimacy on the new state resulting from secession, strengthens its legality, and facilitates its due recognition by the international community. But popular will alone is insufficient. It is constitutional processes and the governmental consent of the relevant state which have proven decisive for achieving secession and statehood.

In June 2022 at the request of Scotland’s first minister, a question on whether the Scottish Parliament has the right to announce a new referendum on independence without the approval of the UK Government was brought before the UK Supreme Court. The ruling Scottish National Party (SNP) is pushing for a second independence referendum as a result of the UK’s “Brexit” withdrawal from the EU two years after the Scottish refusal in the 2014 referendum. The Scottish government had published but did not formally introduce a draft Independence Referendum Bill at the same time.

On 23 November, the Court ruled that the Scottish Parliament lacks the power to legislate a referendum on Scottish independence as the proposed Bill “has more than a loose or consequential connection with the reserved matters of the Union of Scotland and England,” and would therefore relate to “the sovereignty of the United Kingdom Parliament.” The Scottish government thus needs to seek UK government approval as in the 2014 independence vote to hold a second independence referendum. While the judgment might comply with domestic law, its international law aspects should be addressed.

Citing the 1998 Canadian Supreme Court decision on the Reference re Secession of Quebec, the UK Supreme Court rejected the SNP’s argument that domestic legislation must conform to international law, the right to self-determination, and the principle of legality in domestic law. To the UK Court, the principle does not apply, so conformity hence is not an issue: “the principle of [external] self-determination is simply not in play here,” at [88], as Scotland is neither a colony nor under foreign occupation and the Scottish people have not been denied meaningful access to government to pursue their political, economic, cultural and social development. Also, the Scotland Act 1998 as a constitutional settlement “establishes a carefully calibrated scheme of devolution powers.” Therefore, to the Court, Scotland is not entitled to a right to external self-determination because its people enjoy internal self-determination.

Here a distinction is made between internal and external forms of self-determination. As in international practice, the Court gives the former precedence because the maintenance of territorial boundaries precedes the right to form a new state. But a failure of internal self-determination can justify forming a new state through a qualified right to secession. It constitutes a serious legal matter. Some scholars interpret this as remedial secession despite a thin empirical foundation. Scottish secession could be considered a failed case but not for falling short of meeting remedial secession standards. It does not apply here because there is no egregious violation of human rights in Scotland.

The Court applies the case of Quebec in Canada “with equal force” to Scotland and its people within the UK. However, unlike the case of Quebec, it does not question whether the UK government represents the people of Scotland, on an equal, non-discriminative basis.

Despite referring to Article 1 of the UN Charter, GA Resolution 1514(XV), and the International Bill of Human Rights as the legal basis of self-determination in international law, the Court like its counterpart does not offer any legal definitions for the term “people” as the only beneficiary of the right. However, it characterizes Scottish residents as “the people of Scotland.”

The UK Supreme Court could have dealt with various aspects of self-determination. But like the ICJ in the Kosovo case, it forfeited the chance of clarifying international law in regard to self-determination and its ambiguous relevance in non-colonial contexts. The UK Court’s decision reiterates that not all peoples are entitled to exercise external self-determination unless central governments acquiesce to its implementation, or the right has been sanctioned constitutionally and that outsiders, not the peoples themselves, decide the fate of the subject peoples (i.e., alien-determination).