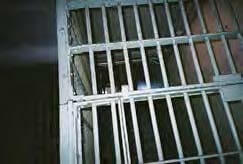 Vinter v UK and Whether Life Should Mean Life

As the Court pointed out at paragraph 12, the effect of such an order is that a prisoner cannot be released other than at the discretion of the Secretary of State, which would only occur on “compassionate grounds,” for instance, where a prisoner is terminally ill or seriously incapacitated.

In the present case, the applicants were convicted of murder and sentenced to the whole life tariff. Under UK law, where a mandatory life sentence is imposed, the Criminal Justice Act 2003 provides for different “starting points” for the minimum tariff which must be served by a prisoner before his or her sentence may be reviewed. If the offence is of “exceptionally high” seriousness (for example, if there’s a substantial degree of premeditation, or sexual or sadistic conduct), the appropriate starting point is deemed to be a whole life order. This means that there is no possibility of review of the sentence.

In its assessment, the Court emphasised at paragraph 104 that it was well-established that a State’s choice of a specific criminal justice system was in principle outside the scope of its supervision, provided that the system didn’t contravene the principles set forth in the Convention. It was also aware that States had a duty under the Convention to protect the public from violent crime. Nevertheless, it held, at paragraph 110, that for a life sentence to remain compatible with Article 3, there had to be a prospect of release and a possibility of review. The Court noted that there was clear support in European and international law for the principle that all prisoners, including those serving life sentences, be offered the possibility of rehabilitation and consequent release. In the applicants’ cases, the exhaustive list of circumstances in which release on compassionate grounds could be ordered did not in reality amount to meaningful release.

Whereas the current UK system favours a more punitive approach, today’s judgment represents a clear steer towards a rehabilitative rationale. The judgment, and the subsequent hostility expressed by the UK authorities to it, demonstrates the new challenges which must be faced when disagreement between a State and the Court becomes ideological, and therefore seemingly insurmountable. As the Court itself noted at paragraph 99, there are competing, and equally valid, penological rationales for imprisonment. The UK has preferred one particular rationale, and the Court has advanced another as being preferable.

The Court’s response to this impasse is to grant a large measure of leeway to the UK in the practical implementation of the judgment; this is emphasised in the concurring opinion of Judge Mahoney, when he states that the British authorities are “free to choose the means whereby they will fulfil their international treaty obligation…to “abide by” the Grand Chamber’s judgment in the present case.” The judgment is also notable for its repeated statements limiting its consequences at domestic level. At paragraph 120, it stated that it was for the national courts to determine the form and timescale for reviews of sentences. It further emphasised that the finding of a violation of Article 3 did not give the applicants the prospect of imminent release, and that the UK authorities could still refuse their release on the grounds of dangerousness.

However, this doesn’t disguise the fact that the Court is advancing a particular penological rationale over the UK’s preferred one, despite acknowledging that issues relating to just and proportionate punishment were the subject of rational debate and civilised disagreement. This explains the judgment’s thorough examination of the existing review mechanisms in other Member States in paragraph 68: homogeneity amongst a large proportion of other States is often used by the Court to reinforce the legitimacy of its rulings. The fact that the judgment goes so far as to list the tariff lengths in every Member State demonstrates the Court’s awareness of just how far it is going this time.

Claire Overman has just completed the BCL at the University of Oxford and is a regular contributor to the OxHRH Blog.

European Convention on Human Rights, Criminal Justice and Fair Trial
Life imprisonment is a harsh sanction that is used in most countries in the world. Evidence from treaty bodies, ...