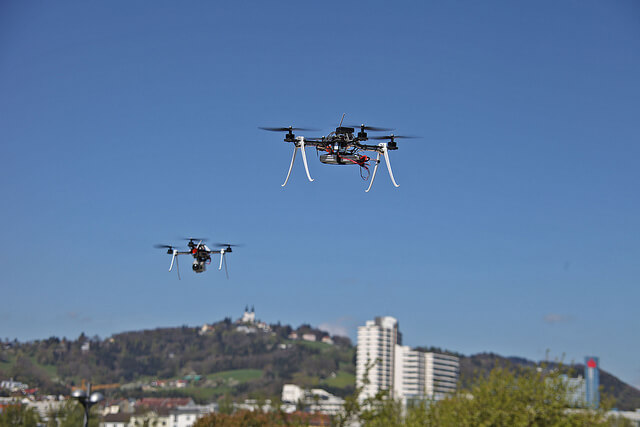 Airspace is of course common property but the reasonable expectation of privacy should limit its common use. Image Credit: Ars Electronica via Flickr, used under a Creative Commons licence available at https://creativecommons.org/licenses/by-nc-nd/2.0/ 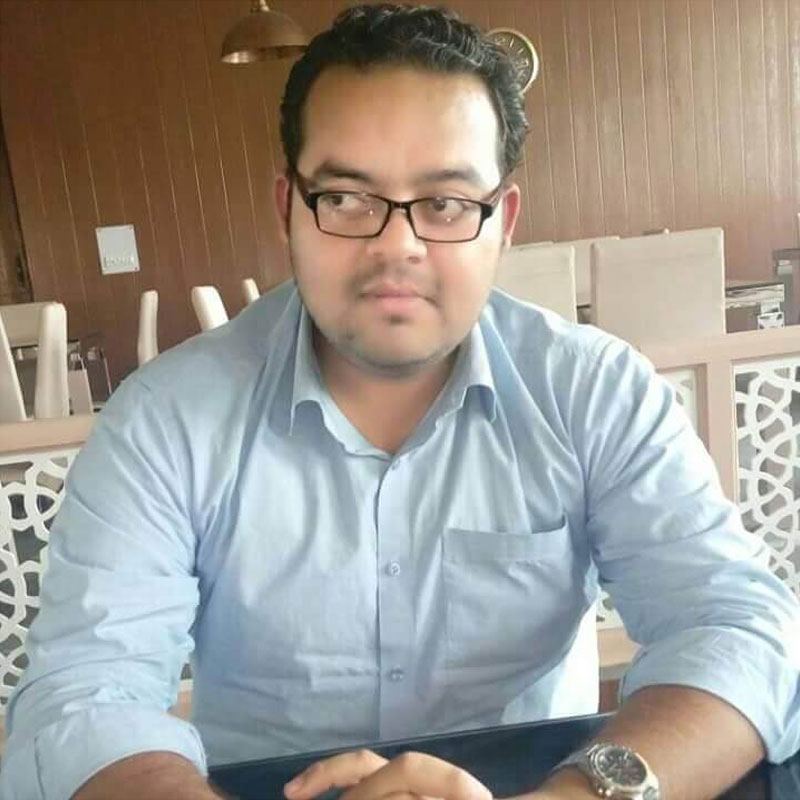 Mohd Owais Farooqui is a PhD candidate at the Centre of Air and Space Law, NALSAR University of Law, Hyderabad. His interests lie in aviation law, drone law and the intersection between law, technology and society.

Drones can be used for journalism, alongside many other civilian purposes. Ethical considerations such as safety and privacy are likely to arise in the context of drone journalism. This raises pertinent questions of whether journalists can use drones at all and whether capturing pictures in public places by drones is permissible under Indian law.

Drone technology is now entering newsrooms. Some news agencies in India have deployed drones for the 2014 election coverage and journalism students at the University of Missouri are studying ‘Drone reporting’ in their curriculum. They can be used for taking images as well as live video and other necessary data, at minimal cost. They provide safety to journalists by possibly replacing manned aircraft for reporting in hazardous, violent or calamity-affected areas. From sports events to election rallies, drones can provide better visual effects than traditional technology.

Draft guidelines issued by the Directorate General of Civil Aviation (DGCA) regulate the civil application of drones. It allows the taking of ‘pictures’ but is silent on ‘drone reporting’. The DGCA, being an aviation regulatory authority in India, can regulate any matter directly or incidentally related to aviation activities. Policies on drone journalism must address matters like liability in the case of damage due to drone operation. Vicarious liability in tort law is also in question, as the drone will be used by a reporter on behalf of his employer (a news organisation), to whom a Unique Identification Number is to be issued under the Draft Guidelines. In such a situation, drones can only be deployed when alternative means are not suitable and when the user is properly trained. The ‘newsworthiness’ of the information must be the paramount concern.

There are also other issues that must still be considered before using drones for journalistic purposes. Being an intrusive technology, drones are likely to have some privacy implications. Unfortunately, the DGCA guidelines clearly missed the privacy issue by mentioning only that “due importance” must be given to privacy but failing to lay out any procedures. Privacy has been considered as a fundamental right under Article 21 of the Indian Constitution by the Supreme Court. This right is not absolute and the state can limit it if required by a public emergency or public safety, provided that the limitation is reasonable and established by law. The use of drones naturally presents a great threat to data protection and privacy. The existing Information Technology Act 2000 and its amended version are insufficient to mitigate this threat, as they do not address violations of privacy in the case of aerial surveillance. Even the recently passed Aadhaar Act 2016, that allows collecting an individual’s demographic and biometric information for targeted delivery of subsidies, benefits, and services, does not mention privacy.

A possible solution is to enact new legislation (either in the form of the Draft Bill on the Right to Privacy or another amendment to the Information Technology Act) to include drone surveillance. But this is cumbersome. A more plausible solution is for the DGCA to come up with policies protecting privacy, such as prohibiting news agencies from retaining pictures taken by drones unless required by law or for some investigation as a piece of evidence. It must be made a part of public policy that those pictures be accessible for public scrutiny unless exempted by law. The media has to follow the basic ethical norms laid out in the Norms of Journalistic Conduct 2010, which states that the media “shall not intrude or invade the privacy of an individual, unless outweighed by genuine overriding public interest, not being a prurient or morbid curiosity”.

The best way for the DGCA to develop privacy regulations for drone surveillance is to adhere to the basic principle of “reasonableness:” the reasonableness of the drone surveillance and the reasonableness of the citizen’s expectation of privacy should be balanced against each other. Airspace is of course common property but the reasonable expectation of privacy should limit its common use. Hence, in the absence of black-letter law, the DGCA must come up with a sustainable and comprehensive policy for drone journalism. Journalists and lawyers should be involved in this process of policy formulation.

United States of America, Conflict and Human Rights
Since 2001, the Bush administration has taken the American drone program – to use automated weapons to kill ...