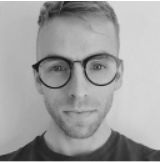 Michael Lane is a Midlands4Cities-funded doctoral researcher at Birmingham City University, UK. His research is concerned with the impact of the United Nations’ Universal Periodic Review in the UK. More widely, Michael is interested in how domestic actors can contribute to States’ compliance with international law.

Parliaments are increasingly recognised as vital actors for ensuring governments’ implementation of both human rights judgments and recommendations made by United Nations’ (UN) Treaty Bodies and the Universal Periodic Review. This is primarily because one of the many functions of parliaments is to ‘provide oversight regarding the functioning of government and national institutions mandated to promote and protect human rights’. Parliamentary human rights committees are especially important and can achieve this oversight through, for instance, encouraging the adoption of legislation, initiating parliamentary debates, or issuing reports on national human rights issues and developments. To enable this scrutiny, governments should convey timely information to parliaments on their progress implementing judgments and recommendations. Some States, such as Croatia and Germany, achieve this through regular reporting to their parliamentary committees. This post reflects upon this practice in the United Kingdom.

The Responding to Human Rights reports do contain a section on ‘wider developments in human rights’, which notes the UK’s engagement with the UN Treaty Bodies and the Universal Periodic Review. But these sections are very brief and include no details on the steps taken to implement the recommendations from these bodies. Ministers have also communicated with the JCHR to provide some of the reports submitted to the UN bodies, though this practice appears to be ad hoc. Moreover, this lack of information is in stark contrast to the significant steps taken to inform Parliament on the implementation performance by other UN Member States. Most notably, the Foreign, Commonwealth and Development Office (FCDO), in its annual Human Rights and Democracy reports, makes various references to other countries’ UN human rights recommendations.

It is not clear why the Government’s reporting to Parliament on the UN’s recommendations for the UK is lacking. Possible reasons include a belief that these matters are not of relevance to Parliament; a hesitancy to be more accountable for implementation; or insufficient time or resources. Nevertheless, the absence of information regarding the UK’s engagement with the UN monitoring bodies is likely to stymie the ability of the Parliament to properly interrogate the Government’s implementation progress. Indeed, a search of parliamentary records for references to the UN Treaty Bodies or the Universal Periodic Review shows that there have almost never been questions or debates relating to the UK’s UN recommendations. Though there may be other reasons for this, scarce information from Government is at least a contributing factor to this absence of scrutiny.

On these bases, there is scope for the Government to improve its reporting to Parliament on the UK’s engagement with the UN Treaty Bodies and Universal Periodic Review. At the very least, the Government should issue the UK’s reports to and from the UN as ‘command papers’– documents that serve the very purpose of drawing Parliament’s attention to certain matters. Better yet would be to act upon the suggestion made by the JCHR in 2015 to adapt its Responding to Human Rights reports into more comprehensive annual human rights reports by including references to steps taken to implement UN recommendations.

Either of these options would reflect the growing international recognition of parliaments’ importance; match the attention paid by the Government to judgments of the ECtHR, and the human rights of other States; and enhance Parliament’s ability to scrutinise the implementation of UN recommendations.