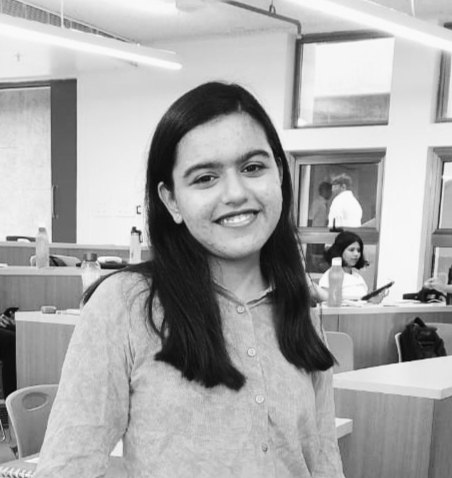 Vallabhi Bissa is an undergraduate student of law at National Law University, Nagpur. She has a keen interest in constitutional law and public international law.

Image Description: Two different handprints with a heart drawn in between them

Recently, the Indian Supreme Court discussed the idea of expanding the traditional idea of a family unit in Deepika Singh v. CAT. The main issue in the case was the interpretation of Rule 43 of the Central Civil Service (Leave) Rules of 1972 regarding the maternity leave given to a female civil servant. This article discusses the above-mentioned case and analyses its far-reaching implications.

The appellant was a nursing officer at the Post Graduate Institute of Medical Education and Research (PGIMER) in Chandigarh. In 2014, she married Amar Singh, who already had two children from his previous marriage. The authorities at PGIMER rejected her application for maternity leave on the ground that she already had two surviving children and had availed of her childcare leave for two children born from her spouse’s first marriage. The appellant moved the Central Administrative Tribunal (CAT) against the decision by PGIMER. The CAT dismissed her application on the grounds that, per Rule 43 of the Central Civil Service Rules, maternity leave can only be granted to a female civil servant if she has less than two surviving children. The tribunal considered her first biological son as her third child and thereby held the decision by PGIMER as valid. The High Court upheld the judgment of the CAT and dismissed the petition filed by the appellant under Article 226 of the Constitution.

Analysis of the judgment

The Supreme Court ruled in favour of the appellant who had been denied maternity leave, asserting that ‘family’ paradigms are changing. While dismissing the petition, the High Court declared that the appellant was not entitled to maternity leave because she had already taken childcare leave mentioned in the Rule 43 C of the Central Civil Service (Leave) Rules of 1972 for two children born out of her spouse’s first marriage. This reasoning is flawed because, as the Supreme Court rightly observed in Deepika Singh v. CAT, childcare leave and maternity are distinct from one another. Taking childcare leave should not preclude civil servants from accessing maternity leave. There are two significant aspects of this judgment; first, the employment of purposive construction by the court. By placing reliance on KH Nazar v. Mathew K Jacob and Badshah v. Urmila Badshah Godse, the Supreme Court held that the “provisions of Rule 43(1) must be imbued with purposive construction”. This implies that a statute must be interpreted in a way that gives effect to its legislative intent, thus allowing for a more expansive interpretation of rights. Second, the Court addressed the changing social realities of the family as a unit: “The predominant understanding of the concept of a “family” both in the law and in society is that it consists of a single, unchanging unit with a mother and a father (who remain constant over time) and their children. This assumption ignores both the many circumstances which may lead to a change in one’s familial structure and the fact that many families do not conform to this expectation, to begin with.” This inclusive interpretation by the Supreme Court is welcoming as it makes space for households comprised of unmarried relationships, queer relationships, or guardians and caretakers. This is momentous not only because such families will be entitled to protection under the law, but also because they will receive social welfare benefits.

In rejecting the traditional socio-legal understanding of ‘family’ as defined by a married mother and father, this judgment takes forward the idea of inclusiveness that was first discussed in Naz Foundation where the Division Bench of the Delhi High Court declared Section 377 of the Indian Penal Code as unconstitutional. This Section criminalized sexual acts against the ‘order of nature.’ The court declared that ‘inclusiveness’ is the underlying theme of our constitution and those perceived by society as ‘different’ must not be excluded.

This judgment is significant because it is a crucial step towards the re-imagination of family paradigms in India. This re-imagination is necessary because many families do not conform to orthodox paradigms of the nuclear family. This judgment reaffirms what Lawrence Friedman famously wrote in his 1969 paper titled, ‘Legal Culture and Social Development,’ that legal institutions are not only responsive to social change but also play a definite role shaping it.