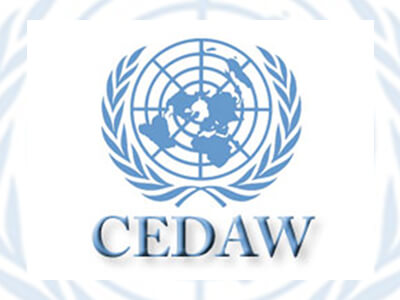 Paid maternity leave is routinely argued as necessary to achieve gender equality in the workplace. Article 11(2)(b) of CEDAW requires States “to introduce maternity leave with pay or comparable social benefits.” The six individuals in Elisabeth de Blok et al v The Netherlands (CEDAW/C/57/D/36/2012) argued the State violated this obligation by not providing maternity leave to self-employed women.

In 2004 The Netherlands passed legislation which disqualified previously eligible self-employed women from receiving public maternity benefits. These self-employed women were forced to take out private insurance to cover their loss of income during maternity leave. There were two problems with the private insurance model: (i) the policies “applied a two-year exclusion period for new subscribers during which no maternity benefits could be paid” and (ii) the premiums under the private schemes were cost prohibitive such that the claimants could not afford to take out insurance. For one of the claimants the monthly premium was equal to her income (para 2.14). In 2008, The Netherlands re-instated public funds to cover maternity leave for self-employed women but there were no transition provisions. The six claimants gave birth in the time before the re-instatement and before the end of the two year exclusionary period for private insurance, so even if they could afford it they would have been barred.

The claimants argued CEDAW obligated The Netherlands to ensure “that all women who perform paid work are entitled to a period of paid leave” and this included women who were self-employed (para 3.6). The State countered that CEDAW only required them to take ‘appropriate measures’ which they interpreted as only requiring “a best-efforts obligation and does not lay down clear rules on how to pursue” maternity leave (para 4.10). They argued the margin of appreciation in CEDAW does not specify the forms or associated conditions with maternity leave. This means The Netherlands can restrict paid maternity leave to women in formal employment and “can introduce a public scheme or leave it to the private sector.” (para 4.13).

The Committee correctly rejects the State’s arguments. It adopts an expansive or living tree interpretation of Article 11(2)(b) which covers self-employed women (para 8.4). This is important for the evolution of CEDAW as it ensures Article 11 is interpreted to protect new and different kinds of employment relationship. The Committee concludes that failing to provide maternity benefits is a direct form of gender based discrimination and violates CEDAW (para 8.9). It is recommended that the State compensate the six complaints and other women who are in a similar position.

This is an important development in women’s human rights. The Committee firmly establishes that State’s have a legal obligation to provide women with maternity leave. This case is also an important contribution to the jurisprudence of the Committee, as they reject an interpretation that treats the obligations in CEDAW as policy directives. The substantive provisions require more than best efforts. There are human rights obligations that can be monitored and evaluated against standards of gender equality.

At the same time, however, the Committee misses out an opportunity to fully flesh out the obligation to provide maternity leave. This case raises a challenging question: does Article 11(2)(b) allow the State to use the private sector to provide maternity leave? This is a pressing question because public services are important in meeting women’ needs and there is a growing trend towards privatization. The Committee does not explicitly prohibit using private insurance to provide maternity leave. If the State has put in place “an adequate alternative maternity leave scheme to cover loss of income” it will have satisfied its CEDAW obligation (para 8.9). The decision could have done more to explain what counts as adequate. The evidence before the Committee was that private insurance was too expensive. This could be due to many factors such as gender job segregation, the low valuation of women’s work and the continuing gender pay gap. Women may not have the economic resources to purchase private insurance. The Committee could have reminded States that they need to be more attentive to women’s disadvantage when crafting policies on maternity leave. Moreover, Article 2(e) requires the State to take all appropriate measures to eliminate discrimination against women by any person, organisation or enterprise. The Committee should have clarified this means the State could be obligated to place caps on private premiums or provide subsidies to low income self-employed women so they are protected from loss of income.

While the Committee could have done more to develop CEDAW, this decision is commendable because it ensures women are not financially punished for having children, which is an essential step to ensuring gender equality.