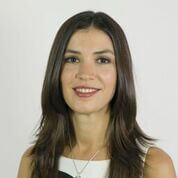 The Inter-American Court has handed down its first judgment on slavery and human trafficking, and structural discrimination based on “economic position”. The case also contributes to the Court’s jurisprudence on state responsibility for human rights abuses committed by private actors.

The case concerned the slavery-like working conditions of 85 workers, some of them children, in a privately-owned estate “Hacienda Brasil Verde”, a cattle ranch located in the State of Pará, in the north of Brazil. They were rescued in March 2000 by the Ministry of Work, following a complaint made by two workers who managed to escape the estate. The recruitment of vulnerable populations by fraud and deceit, subsequent debt bondage, inhumane working conditions and lack of freedom to leave the work place are a systemic historic problem in the Brazilian agricultural sector, of which this case is but one example.

The Court interpreted the content and scope of sections 6.1 and 6.2 of the American Convention on Human Rights and, having regard to the jurisprudence of other international tribunals, reached the following conclusions. First, slavery involves a substantial restriction of the legal personality and a contemporary definition of slavery includes both the de iure or de facto situation or condition of the victim as well as the exercise of “the powers attaching to the right of ownership” by the perpetrator. Second, the prohibition of slavery also prohibits practices similar to slavery, such as servitude. Third, the words “slave trade and traffic in women” in section 6.1 must transcend their literal meaning to protect all kinds of victims of human trafficking, as defined by the Palermo Protocol. Fourth, the threshold of slave work involves stricter elements than debt bondage and forced work, namely, situations of serious and persistent violations affecting the victim’s self-determination, where control represents an expression of property rights over the workers. Fifth, the prohibition of slavery constitutes a ius cogens norm of international law and therefore, statutes of limitation do not apply to the investigation and prosecution of such crime. Sixth, due to the complex and specific definition of the crime of slavery, the Court utilised the same reasoning it has applied to cases of enforced disappearances and considered that the crime of slavery has a “pluri-offensive” nature since it “violates multiple rights with more or less ‘intensity’ depending on the circumstances” and subsumed the analysis of other human rights violations (i.e. physical integrity, personal liberty) under section 6 of the American Convention.

With respect to state’s obligations in relation to private actors’ abuses, the Court indicated that in cases of servitude, slavery, human trafficking and forced work, especially when it might involve children, states have an enhanced due diligence obligation to prevent and end such crimes. They must adopt comprehensive and specific measures to address potential and actual risk factors, provide an adequate legal framework and implement it effectively, strengthen institutions, immediately investigate any evidence or complaint of slavery, punish perpetrators and prevent impunity, and put in place mechanisms to protect and assist the victims, especially at-risk groups.

Finally, the Court established that the victims shared certain characteristics of “particular victimization” and vulnerability (poor, illiterate, afro-descendants and from the poorest and least developed regions in the country) which made them more prone to be recruited into slavery by means of false promises and deceit. The Court also established that the State knew about this situation of structural economic discrimination. Section 1.1 of the American Convention provides that “economic status” is an expressly prohibited ground of discrimination. The Court ruled that Brazil did not adopt appropriate measures to address the victims’ situation, thereby perpetuating the historical and structural economic discrimination.

Since the judgement’s wording is somewhat confusing, it is important that in future cases the Court further develops and deepens its analysis about situations of structural discrimination and the intersectionality of different grounds of discrimination. For example, in this case, the Court found that the shared characteristics of the victims amounted to discrimination based on their economic position, in spite of the fact that the victims in this case and most of the victims of slave work in Brazil are not only poor, but also afro-descendants. Structural racial discrimination is an important and complex problem in Brazil and other countries in the region, but this case shows that it is underdeveloped in the case law of the Court.