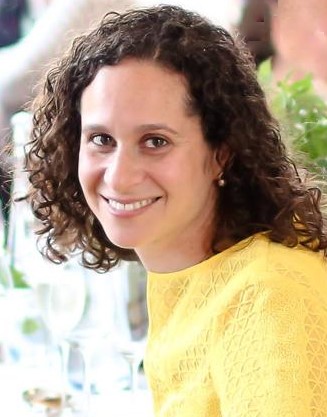 About Joana Setzer and Délton Carvalho

Joana Setzer is an Assistant Professorial Research Fellow at the Grantham Research Institute on Climate Change and the Environment, at the London School of Economics and Political Science. Joana was a British Academy Post-Doctoral Fellow. She holds a PhD and an MSc from the LSE, a Masters and a BA in Law from the University of Sao Paulo. Prior to moving to the UK, she worked as an environmental lawyer in Brazil. Joana regularly advises a range of international, governments and non-governmental organisations.

“[C]limate stability is a new social need, essential to the preservation of human life and ecological balance.” (IEA v. Brazil, Complaint at 45)

Deforestation of the Amazon is not a new problem, and neither are the legal and non-legal strategies used to fight it. The creation of protected areas and the implementation of deforestation control plans are considered the most successful policies in decoupling agricultural commodities from deforestation in the region. Litigation has been another tool used to fight illegal deforestation. Over the past years, thousands of lawsuits have been filed before Brazilian courts on issues relating to law enforcement, management and/or conversion and clearing of land, including illegal logging, forest-clearing and restoration of degraded areas.

What is new is the use of rights-based climate change litigation to stop deforestation. A new wave of litigation is making clear the many linkages between protecting the Amazon, protecting the climate, and protecting fundamental human rights. Between 2019 and 2020, at least seven of such lawsuits were filed in Brazil. Indeed, it is part of a wider movement of legal interventions to tackle climate change worldwide. This new wave of climate litigation to combat deforestation addresses the failures of federal and state governments to implement measures upholding Brazil’s legal commitments to reduce emissions, specifically in relation to land-use change and forestry. This movement has been led by a diverse set of actors: public prosecutors, civil society organisations, and opposition political parties.

Here we examine one particular lawsuit: Institute of Amazonian Studies (IEA) v. Brazil. Filed in October 2020, the lawsuit seeks not only an order to compel the federal government to comply with national climate law, but also the recognition of a fundamental right to a stable climate, for present and future generations, under the Brazilian Constitution.

The plaintiff alleges that the federal government has failed to comply with its own action plans to prevent deforestation and mitigate and adapt to climate change, violating national law and fundamental rights. More specifically, IEA asserts that the government has failed to meet the Brazilian emissions targets set out in the National Climate Change Policy Act. By 2020, the government should had achieved an 80% reduction in the Legal Amazon annual deforestation rate in relation to the 1996–2005 average. In terms of remedies, the plaintiff asks for an order to compel the federal government to comply with its existing policies, to reforest an area equivalent to what was deforested beyond the statutory limit, and to allocate sufficient budgetary resources for this purpose.

The singularity of the case stems from a comparison with international precedents. While in Leghari v. Pakistan the judicial decision is centered on a new reading of traditional fundamental rights (to life, human dignity, health, heritage and the environment), IEA v Brazil postulates a right to climate stability as an autonomous fundamental right. Compared to Juliana v. U.S., which implicitly asks for a right to a healthy climate as an extension of other established constitutional rights, the Brazilian case explicitly asks for the recognition of this right per se.

This fundamental right to climate stability represents a new implicit constitutional category, resulting from the synergy between (anthropocentric) fundamental rights and a new generation of global environmental problems related to climate change. Specifically, the magnitude of the climate crisis and its negative repercussions on fundamental rights calls for the recognition of a new and autonomous right guaranteeing a stable climate system capable of sustaining human life. The Constitutional right to an ecologically balanced environment (Article 225) is sufficient to protect a community good, for collective and diffuse enjoyment. But emissions that destabilize the climate system may negatively affect isolated fundamental rights, whether in a collective (ecologically balanced environment) or individual (dignity of the human person) dimension. The protection of a stable climate, therefore, merits a constitutional status to protect it.

The IEA case is part of this gradual movement of setting constitutionalism through courts. Climate constitutionalism could become a bold critical standard that consolidates global environmental developments and instigates the evolution of national constitutional systems. The apparently unconnected “strokes” of the various climate actions worldwide, once seen through the lenses of the various legal traditions they are challenging, start pointing to the broader outline of a developing fundamental duty to maintain climate stability.

Brazil, Environment, Role of the Judiciary
Hailed as a milestone in Brazilian climate change litigation, a landmark decision by the Supreme Court has recently