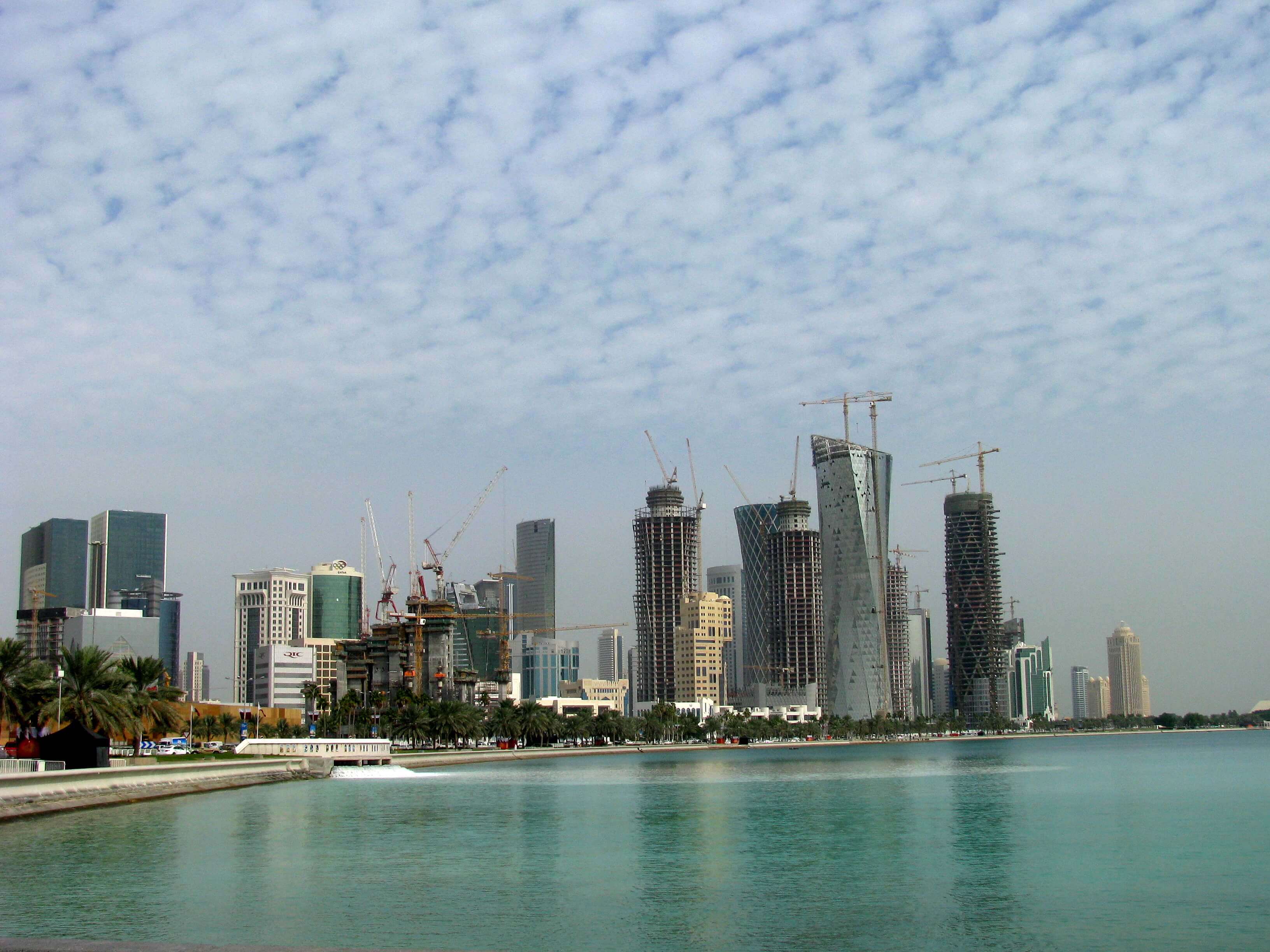 By Peter Dowley from Dubai, United Arab Emirates - A forest of cranes, CC BY 2.0, https://commons.wikimedia.org/w/index.php?curid=32187778 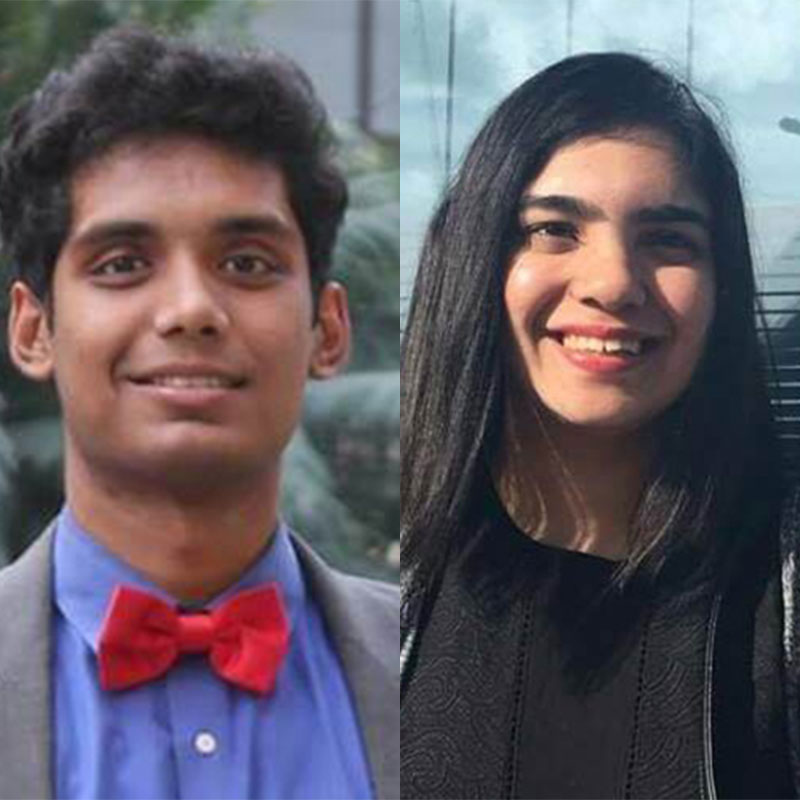 About Siddharth Sonkar and Sumedha Pal

Siddharth Sonkar is a 4th Year student of National University of Juridical Sciences (NUJS), Kolkata, with an interest in legal policy. He is also an editor at the Journal of Indian Law and Society (JILS) based out of NUJS.

On 4 May 2018, Sheeja Das, an Indian migrant worker, was forced to jump off her employer’s residence in Muscat, Oman, to save herself from on-going violence. Sheeja broke her spine and legs – she will never able to live her life the same way again. On March 16, 2017, 46 year old Haseena Begum, also from India, met with similar fate when she was allegedly thrown off the third floor by her employer in Saudi Arabia. The exploitation of female migrant workers from India is commonly known to exist; yet it meets with little criticism.

India tops the world in the number of migrants sent abroad, with over 17 million living in the Gulf. Unregistered agents are successful in luring uneducated women into migrating to Gulf States such as Saudi Arabia, UAE and Qatar. Systemic loopholes and diplomatic fault-lines enable the exploitation of these women to prevail through malpractices and corruption. For instance, on reaching the Gulf countries, travel documents are immediately seized by agents, denying workers the agency to inspect the credibility of the promised work and thereby leaving them at the mercy of those agencies.

Women are often pushed into unsafe employment or abject poverty in the absence of any employment at all, resulting in their further disempowerment. Ironically, women often choose domestic work abroad in order to escape the abuse they face from their husbands at home. Migration can be a way to improve their social status through their acknowledgement as the breadwinners of their families.

The Indian legal framework concerning migration is set out in the Emigration Act 1983. The Indian Government bans women below the age of 30 holding ‘ECR’ passports from travelling any Emigration Check Required (ECR) country. ‘ECR’ countries are those which the Government lists as ‘unsafe’ destinations to travel for work. This includes 17 countries, mostly in the Gulf region. ‘ECR’ passports are mostly given to persons not having completed their matriculation, low-skilled workers, and the like. ‘ECNR’ passports are given to thirteen categories of persons (income taxpayers, professional degree-holders, etc.). Persons holding ‘ECR’ passports travelling to ‘ECR’ countries require prior approval to travel. However, if a person holds an ECNR passport, this rule is not applicable to them. ECR passport-holders typically include low-skilled working women, usually victims of intersectional oppression who were denied the most basic opportunities of livelihood.

While the existing framework unfairly discriminates against “low-skilled” migrants, the age restriction applies only to low-skilled women. This disproportionately impacts them, denying them an opportunity for empowerment. These women, often widowed, abandoned or in abusive marriages, seek refuge in emigration which allows them to pay for their children’s education, health expenses, and so on and so forth. Women emigrants often spend years abroad, rebuilding their lives, creating new relationships in destination countries and challenging sexual norms.

A protectionist approach towards curbing the exploitation of low-skilled female workers undermines their mobility, further entrenching gender norms as an expression of power relations through control over women’s sexuality and autonomy. This fails to solve the real problem: a dearth of institutional effort towards empowering women.

Intervention by the Indian Government should instead be dedicated towards empowering these women through actively developing their skills in order to enable them to be eligible for safer, higher-skilled categories of work. This has proven extremely successful in reducing instances of exploitation of migrant workers from the Philippines.

In June 2017, the UAE revised the standard domestic workers contract, and introduced measures that mandate employers to allow workers to have one day off per week and eight hours of rest in any 24-hour period. However, Human Rights Watch pointed out that the contract failed to impose any limit on the total number of working hours per day, which should be set at a maximum of eight hours. Diplomatic efforts, if strategically implemented, could ensure that Gulf Countries adjust their labour codes to improve working conditions, successfully integrating migrant workers.

The Indian Government could also help workers understand the migration process better by facilitating awareness about their rights through guiding principles, such as easily accessible model employment contracts. These steps would mitigate the existing information asymmetry and facilitate fair bargaining between the foreign employer and the female worker.

A long term solution could include adopting the process of direct recruitment by foreign employers, accompanied by reducing the information asymmetry in the employer-employee relationship. While direct recruitment may have few risks associated with it, if executed well, it could remove the dependence of workers on intermediaries, reduce transaction costs, promise transparency in emigration, and protect them from being ‘pushed’ into unsafe employment. These changes would enormously benefit low-skilled women, who are most susceptible to these vulnerabilities, ensuring that their right to travel abroad is not compromised in the name of procuring their safety.