Inequality and Discrimination faced by Religious Minorities in Pakistan 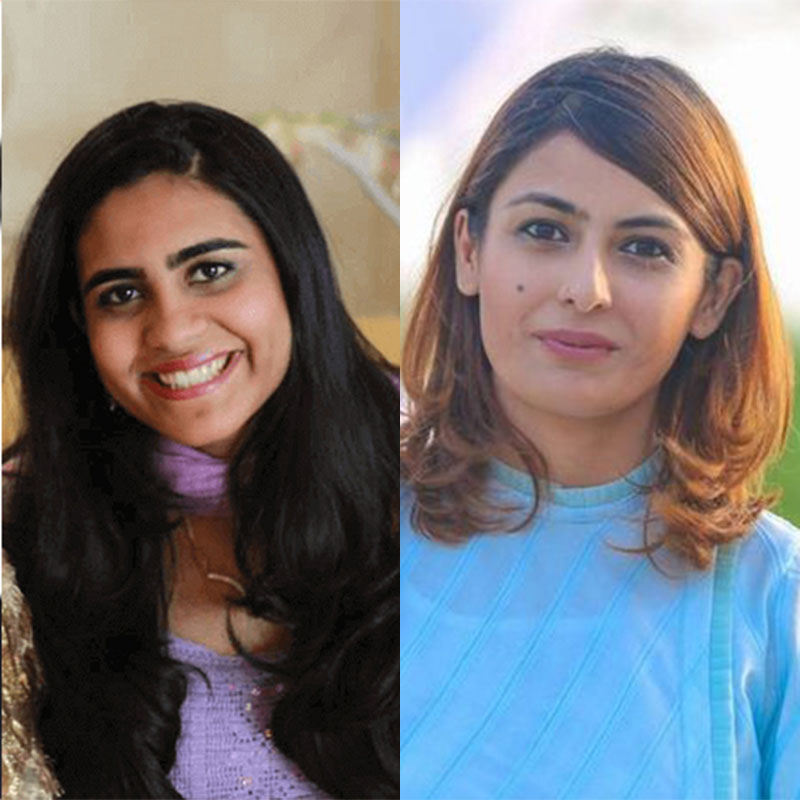 About Menaal Munshey and Haya Zahid

Menaal Munshey is a PhD candidate in criminology at the University of Cambridge. She is also a research assistant at the Violence Research Centre, facilitator of Learning Together at HMP Grendon, and senior research coordinator at the Legal Aid Office in Karachi. Previously, she was a researcher with the United Nations University Centre for Policy Research in Tokyo where she conducted research on terrorism, organised crime, and peacekeeping.

Pakistan is one of the worst countries to live in as a member of a religious minority group, due to the lack of human rights protection accorded to minority communities. Recent years have seen an intensification of violent persecution of religious minorities.

Pakistan’s blasphemy laws present possibly the most violent example of this: Since 1990, more than 62 people have been killed by blasphemy related vigilante violence. In 2013, there were 39 blasphemy cases registered against 359 people, and over 40 people are on death row for blasphemy. Religious minorities are largely implicated in these cases and are victims of vigilante violence. Within the justice system, there remains an overall tolerance of violations of religious freedoms and an inadequate approach towards protecting targets of such violence or effective prosecution of its perpetrators, including both State and non-State actors. This results in the perpetuation of a climate of impunity. However, as highlighted by a recent report, this does not describe the full extent of the human rights issues faced by minority communities in Pakistan.

During General Zia ul Haq’s dictatorial regime, a series of policies were adopted that have negatively impacted religious minorities. This includes a discriminatory educational curriculum and an underlying radicalisation of thought which adopted an “us vs. them” narrative. A primary tool used for reestablishing this ‘inferior’ social identity was the law. Certain legislation and constitutional amendments further deprived religious minorities of human rights, justice, political equality and economic opportunities. For example, there is a constitutional ban on a non-Muslim being president of the country (as per Article 41(2) of Pakistan’s Constitution) and a lack of laws providing structure and support to religious minority communities. Minority communities’ lives are increasingly marred by negative social identity, insecurity and a lack of human rights protection.

As a recent report highlights, religious minority groups feel the effects of this legal and political marginalisation and disenfranchisement in their daily lives. After collecting and analysing 629 qualitative interviews from the districts of Sukkur, Larkana and Ghotki in Sindh, the following findings are highlighted: 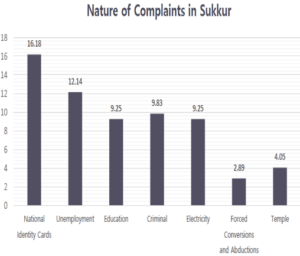 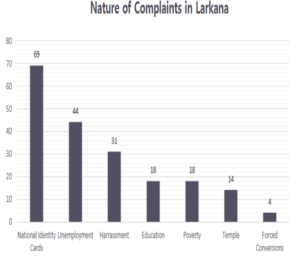 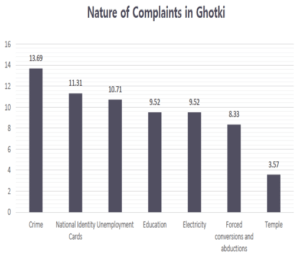 As the above findings highlight, participants mostly cited the issues of acquiring national identity cards, access to reliable electricity, unemployment, crimes, and access to educational opportunities. Forced conversions and desecration of places of worship form a minority of complaints from the selected sample. These statistics therefore show that religious minorities’ grievances are largely economic in nature, and are rooted in issues of equality and equal citizenship. While this data does not trivialise the issues of blasphemy or forced conversions, it seeks to highlight other key legal and governance issues facing these communities, such as access to public goods and services. These grievances indicate the growing disenfranchisement of minority communities in Pakistan who suffer from class-based issues, which are further exacerbated by rampant institutional and individual discrimination on the basis of their religion.

There is thus a need to address the socio-economic issues that affect the day-to-day life of members of these communities, while not losing sight of the larger issues of forced conversion and blasphemy. These issues should be dealt with effectively through practical and implementable initiatives. This can be done through civil society efforts, public awareness drives, capacity building, the provision of legal aid, and the incorporation of these findings in donor and government strategies. Constitutional safeguards and legal precedents alone will not be enough to alleviate the suffering of minorities in Pakistan. As the data shows, minority communities’ concerns are complex and reflect the deep discrimination they face in society. To reverse this trend, a concerted effort is needed across government, judiciary, and civil society.

This article reflects on the findings of a new report by The Legal Aid Society. Read the full report here: http://co.lao.org.pk/wp-content/uploads/2014/09/Prioritizing-Needs-September-15-2016.pdf