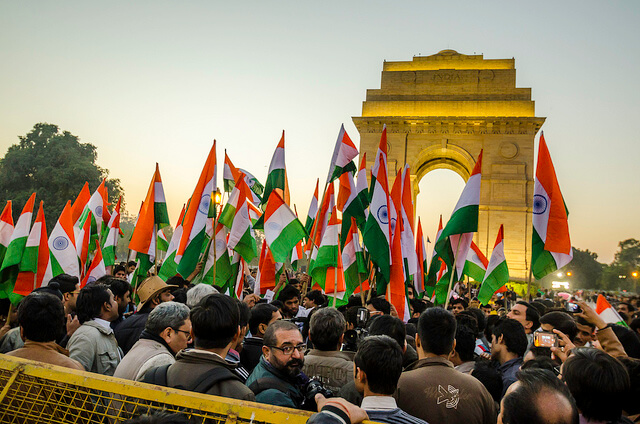 Surya Rajkumar is a student of law from the O.P. Jindal Global University, Sonipat, Haryana, India. He writes on issues related to human rights, international relations and domestic Indian politics.

In an order dated 6/11/2017, the High Court of Gujarat described marital rape as “a disgraceful offence that has scarred the trust and confidence in the institution of marriage”, proposing to consider, through its own motion, whether a husband forcing his wife to perform oral sex constitutes an offence under the provisions of the Indian Penal Code (IPC). The Delhi High Court is also currently hearing a petition challenging Exception 2 to Section 375 of the Indian Penal Code (the provision which legalizes marital rape). While two high courts in India are considering what constitutes marital rape and whether it is punishable, it is pertinent to mention that the Law Commission of India in its 172nd report rejected a suggestion that Exception 2 be repealed. In its response, the commission defended the provision and said, “We are not satisfied that this exception should be recommended to be deleted since that may amount to excessive interference with the marital relationship”. The Criminal Law Amendment Act 2013 failed to amend the law to recognize marital rape as rape. Although the Supreme Court of India recently held sexual intercourse with a minor wife amounts to rape, it has left open the question of the constitutionality of Exception 2. While it is difficult to gather official statistics on incidents of marital rape, the number of women sexually assaulted by their husbands is 40 times the number of women who suffer such violence from others. India is obliged to criminalise marital rape, not only because of the pressing social evil which it represents, but also because it is bound to do so by international human rights law, and the right to privacy contained in the Indian Constitution.

International Law and Due Diligence

India is a state party and has ratified the Convention on the Elimination of all Forms of Discrimination against Women (CEDAW). Article 1 of CEDAW defines discrimination against women as “any distinction, exclusion or restriction made on the basis of sex which has the effect or purpose of impairing or nullifying the recognition, enjoyment or exercise by women, irrespective of their marital status”. Exception 2 of Section 375 of the IPC, which reads “sexual intercourse by a man with his own wife, the wife not being under fifteen years of age, is not rape”, permits violence against women on the basis of their marital status, and is therefore inconsistent with Article 1. Gendered violence is itself discrimination, prohibited by Article 1. Although the Declaration on the Elimination of Violence Against Women does not have the binding legal authority of a convention or treaty, it is universal in coverage and a strong statement of principle to the international community. Article 2 (a) of the DEVAW categorically encompasses marital rape as violence against women.

Further, state parties to CEDAW are obligated to exercise due diligence to combat violence against women. This obligation is set out in general recommendation (GR) 19 of CEDAW, which interprets the Convention as requiring that state parties implement effective legal measures, including penal sanctions, civil remedies and compensatory provisions, to protect women against all kinds of violence. Building on GR 19, the General Legislative Measures provided in Paragraph 33 of GR 35 requires states to “ensure that the definition of sexual crimes, including marital and acquaintance/date rape is based on lack of freely given consent, and takes account of coercive circumstances”. State failures to criminalize marital rape represent an encouragement or de facto permission for this crime, and fall foul of the due diligence obligation.

On the 24th of August 2017, the Indian Supreme Court in the case of Justice K.S. Puttaswamyand Anr. v. Union of India and Ors. declared the right to privacy to be a fundamental right. This decision has far reaching consequences on a slew of laws including those that criminalize homosexuality and legalize marital rape. It is submitted that the doctrine of marital exemption to rape violates a married woman’s right to privacy by forcing her to enter into a sexual relationship against her wishes. Thus, keeping in view the obligations imposed on India by CEDAW and the gradual change in the interpretation of civil liberties as enshrined in the Constitution of India, it is high time that India criminalised marital rape. Whether this happens through a judicial pronouncement or an act of parliament is left for time to tell.

India, Children's Rights, Criminal Justice and Fair Trial, Gender
In a recent case, Independent Thought v. Union of India and Anr, a division bench of the Supreme Court of India ...