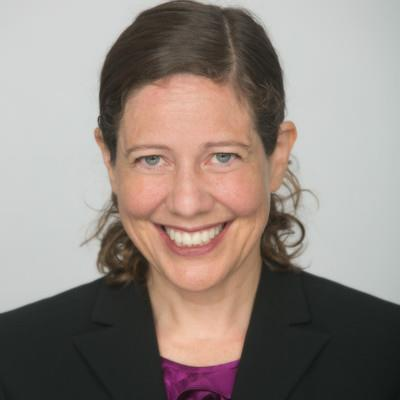 Caroline Mala Corbin is a Professor of Law and Dean's Distinguished Scholar at the University of Miami School of Law. She is a longtime admirer of the Notorious RBG.

When Justice Ruth Bader Ginsburg died in September, the U.S. Supreme Court lost one of its last remaining champions of the least powerful members of American society. Justice Ginsburg’s deep commitment to equality manifests across many subject areas, including religion. Indeed, that she interpreted the First Amendment’s religion clauses with an eye to equality is evident in both her religious liberty and her Establishment Clause jurisprudence. This commitment was undoubtedly shaped by her background: as she once noted, growing up as a Jewish American during World War II “makes you more empathetic to other people who are not insiders, who are outsiders.”

In the U.S., people’s right to practice their religion is protected by both the Constitution and by statutory law. Justice Ginsburg regularly joined the Supreme Court in approving religious exemptions that allowed religious observers to practice their faith. For example, she agreed that a Muslim inmate must be allowed to grow a short beard as required by his religion, and that members of a small religious sect with roots in the Amazon rainforest must be allowed to ingest a sacramental tea made from hoasca, an otherwise banned hallucinogen.

At the same time, Justice Ginsburg recognized that bestowing religious exemptions from laws could have negative consequences, and argued that they should not be granted if the exemption harms third parties: “‘[y]our right to swing your arms ends just where the other man’s nose begins.’” She penned a stinging dissent in Burwell v. Hobby Lobby Stores, Inc., which expanded the religious rights of businesses at the expense of women’s equality. Justice Ginsburg disagreed that businesses were entitled to a religious exemption from a law that required employers to include all FDA-approved contraception in their health insurance plans. Because “[t]he ability of women to participate equally in the economic and social life of the Nation has been facilitated by their ability to control their reproductive lives,” this exemption compromised women’s equality by denying them access to contraception.

Similarly, Justice Ginsburg rejected the idea that religious liberty created a right to discriminate. Consequently, she disagreed with a bakery’s claim in Masterpiece Cakeshop v. Colorado Civil Rights Commission that its religious opposition to same-sex marriage entitled it to an exemption from Colorado’s law barring discrimination on the basis of sexual orientation in stores, restaurants and other places of public accommodation. Gay people, Justice Ginsburg wrote in her dissent, should not be subject to “indignities when they seek goods and services in the open market,” but should be able to shop in the same way as everyone else.

This sensitivity to the impact on minorities shone in her Establishment Clause decisions as well. Although the Establishment Clause has long been understood to require separation between church and state, the Supreme Court held in American Legion v. American Humanist Association that Maryland’s forty-foot Latin-cross war memorial placed in the median of a busy highway did not violate the Establishment Clause because it was not an exclusively Christian symbol but rather a universal symbol of sacrifice often associated with the First World War. Justice Ginsburg dismissed the claim out of hand: “Just as a Star of David is not suitable to honor Christians who died serving their country, so a cross is not suitable to honor those of other faiths who died defending their nation.” Justice Ginsburg added that the government’s elevation of Christianity above all other faiths undermined the equality of non-Christians—who, she pointed out, make up 30 percent of the U.S. population—by sending them the message that they are “outsiders, not full members of the political community.” Such a message directly contravened the Establishment Clause, which was designed to ensure that “however . . . individuals worshipped, they will count as full and equal American citizens.”

As the Supreme Court continued to move towards finding Christian monuments and Christian prayers constitutional, Justice Ginsburg consistently opposed them. Thus, she joined Justice Kagan’s dissent in Town of Greece v. Galloway, which held that opening town board meetings with predominately Christian prayers did not violate the Establishment Clause. Again, this dissent highlighted the way that government endorsement of one religion—the majority religion—made second-class citizens of those religious minorities who did not belong to it: “The Town of Greece’s prayer practices violate that norm of religious equality—the breathtakingly generous constitutional idea that our public institutions belong no less to the Buddhist or Hindu than to the Methodist or Episcopalian.”

Justice Ginsburg never downplayed the important role religion played for many Americans, and fully supported religious exemptions when no one suffered as a result. But she opposed religious exemptions that came at the cost of those still struggling for equality as well as government religious practices that privileged Christians over non-Christians. With Justice Ginsburg gone, the U.S. has one less Supreme Court Justice committed to equality for all.

United States of America, Right to Education, Right to Equality and Non-Discrimination
Fisher v. Texas II, decided this week in a startling opinion by Justice Kennedy for a 4-3 majority of a ...

United States of America, Right to Freedom of Religion, Role of the Judiciary
During the last thirty years, Justice Scalia was a key figure in the Supreme Court’s steady movement away from ...