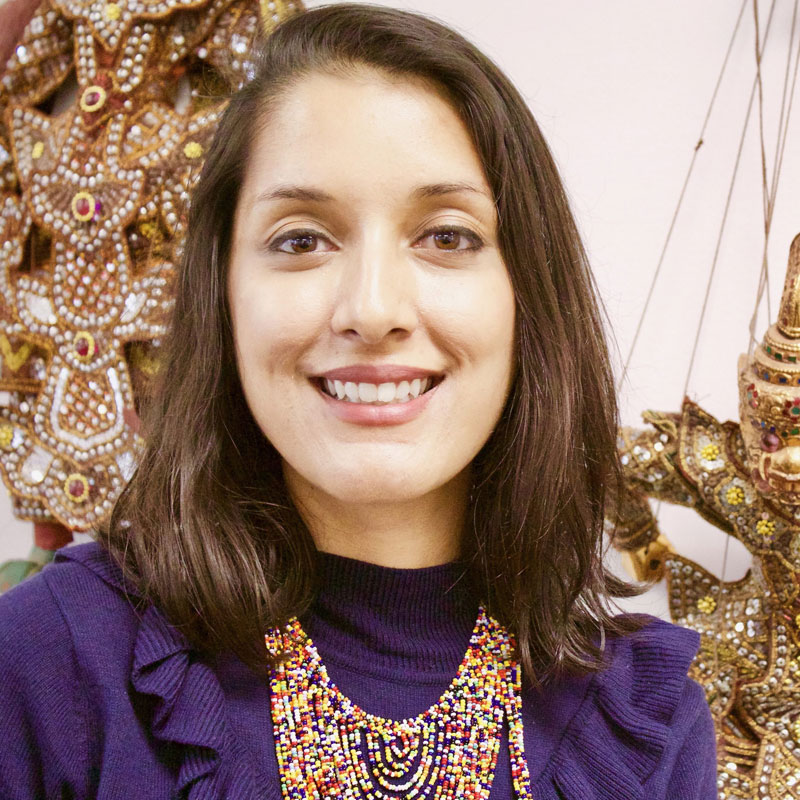 Upasana Khatri is a U.S. human rights attorney based in EarthRights International's Amazon program office in Lima, Peru. She was previously a BeJust Fellow (http://berthafoundation.org/) in the Washington D.C. office. She is barred in the state of New York and is currently practicing in U.S. federal courts and within the Inter-American human rights system.

Upasana Khatri “Kiobel v. Cravath: An Example of how a Little-Known U.S. Law can be Used as a Pre-Litigation Tool Overseas” (OxHRH Blog, 22 February 2017) <https://ohrh.law.ox.ac.uk/kiobel-v-cravath-an-example-of-how-a-little-known-u-s-law-can-be-used-as-a-pre-litigation-tool-overseas/> [Date of Access]

When Esther Kiobel—who believes Shell collaborated with Nigerian authorities to commit gross human rights abuses, including the murder of her husband—could not find justice by suing Shell in U.S courts, she decided to sue the Dutch oil giant in the Netherlands. In support of the Dutch action, EarthRights International (ERI) helped Ms. Kiobel and her Dutch lawyers file an application under the Foreign Legal Assistance (FLA) Statute to gain access to important evidence originally gathered during the U.S. litigation. In December, a U.S. federal court granted Ms. Kiobel’s petition, allowing her access to documents housed in Cravath, Swaine & Moore LLP, the law firm that defended Shell in the U.S.

As mentioned, |Ms. Kiobel is no stranger to U.S. courts. In 2002, Ms. Kiobel and eleven other Nigerian nationals filed a class action in federal court against Shell under the Alien Tort Statute. They alleged that Shell and its Nigerian subsidiary were liable for gross violations of civil liberties and human rights committed by the Nigerian military against Ms. Kiobel, Ms. Kiobel’s husband, and other Nigerians who opposed Shell’s ecologically devastating operations in Ogoni territory. Among these violations were the arbitrary arrest, detention, torture, and eventual execution of Ms. Kiobel’s husband and eight other activists known collectively as the Ogoni Nine. The case was one of a number of actions filed against Shell for human rights abuses in Nigeria. While the Wiwa v. Shell case resulted in a settlement in 2009, the Kiobel action was dismissed in 2013 by the U.S. Supreme Court on jurisdictional grounds.

Denied justice in the U.S., Ms. Kiobel turned to the courts of Shell’s home country, the Netherlands, for redress. She found very capable lawyers in the law firm of Prakken D’Oliveira, which had previously successfully sued Shell in Dutch courts for oil spills in Nigeria. But they encountered a problem: Dutch law requires plaintiffs to present virtually all their evidence at the opening of their case, and offers them limited opportunities for discovery post-filing. While Shell, via its counsel Cravath, had turned over valuable evidence to Ms. Kiobel and the Wiwa plaintiffs while their cases were being litigated in the U.S., a confidentiality agreement prohibited this evidence from being used for any other purpose, and required that much of it be destroyed. Unfortunately for Ms. Kiobel, New York-based Cravath, which still served as Shell’s counsel and had almost certainly kept all the produced documents, was outside the jurisdictional reach of Dutch courts.

And so Ms. Kiobel returned to the same federal court where she had filed her case against Shell fourteen years earlier, this time under FLA to access the documents held by Cravath and use those documents to assist her Dutch lawsuit. But Cravath wasn’t ready to turn over anything without a fight. It claimed that the documents should not be turned over because Ms. Kiobel had yet to commence her action in the Netherlands, and thus did not satisfy the statutory requirement that the discovery be “for use” in a proceeding before a foreign tribunal. The court, however, disagreed with Cravath and granted the application in a decision that lends clarity to the “for use” requirement and its application.

According to a 2004 decision by the U.S. Supreme Court, a FLA can be filed to assist lawsuits that are within “reasonable contemplation.” Applying this standard, the court found that the requirement under Dutch procedure that plaintiffs present a certain amount of evidence at the outset of an action was a compelling explanation for why Ms. Kiobel had not yet commenced the litigation.  And because the purpose of Ms. Kiobel’s FLA petition was precisely to access this evidence, which may ultimately prove crucial for the Dutch action to survive, this delay was both “defensible and logical.”

Furthermore, the court noted that Ms. Kiobel had met her burden of providing objective indicia that the action was within reasonable contemplation, including proof that her Dutch lawyer had drafted a writ of summons, applied and obtained legal aid funding, and sent liability letters to Shell. Indeed, this showing went well beyond what is required. Decisions in other FLA cases for pre-suit discovery have found the “reasonable contemplation” requirement satisfied when petitioner’s counsel had simply averred that an action would be filed imminently.

The decision gives us hope that a Dutch lawsuit will finally grant Ms. Kiobel the justice she was denied in the U.S. Moreover, it demonstrates the utility of FLA as a pre-litigation tool for human rights lawyers abroad seeking to file cases whose viability may depend heavily on evidence located in the U.S.—for instance, in the hands of companies they are seeking to sue, or those of their parent companies.

If you are interested in joining the network and volunteering on a FLA case, please send an email to infousa@earthrights.org with “Foreign Legal Assistance” in the subject header. Additionally, if you are interested in participating in a webinar about FLA please contact Oxford Human Rights Hub or ERI. More information on FLA actions can be found in our FLA guide, available in English and Spanish.
Access to Justice Business and Human Rights Environment