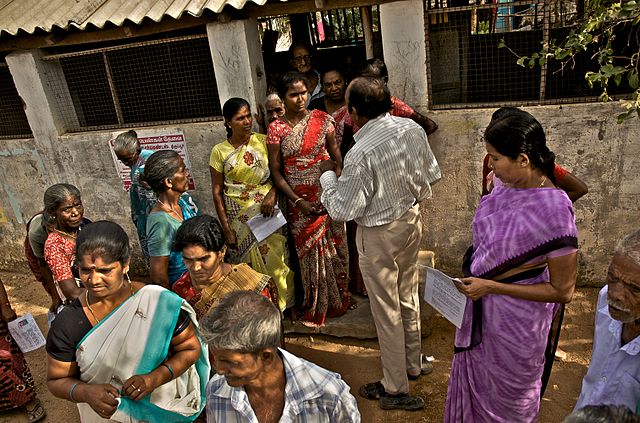 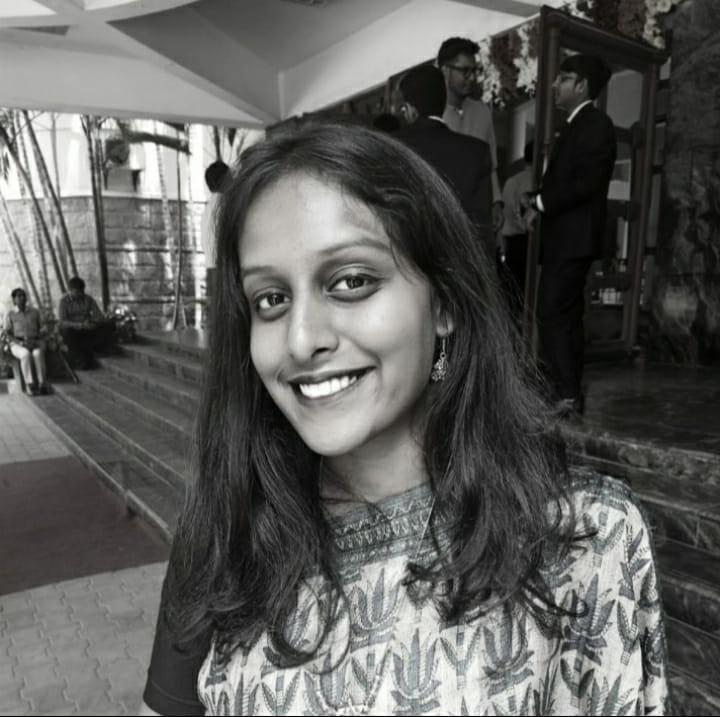 Meghana Senthil Kumar is a third year student of law at the National Law School of India University, Bangalore, India.

Image description: Sri Lankan refugees in India. Many of them hold pieces of paper in their hand.

India has engaged in the practice of granting temporary asylum to refugees from neighbouring states without a national framework guiding the treatment of refugees. As India is not a party to either the 1951 Refugee Convention or its corresponding 1967 Protocols, the ethical treatment of refugees is an area that requires serious regard. This post analyses the treatment and growing criminalisation of Sri Lankan Tamil refugees in India.

“Crimmigration” is a term coined to explain the growing convergence between immigration and criminal law. In recent years, immigration law globally has adopted perceptions, methods and practices largely associated with the criminal justice system, without giving immigrants the procedural safeguards that prisoners of the criminal justice system are entitled to. The most direct effect of this intersection is the criminalisation of refugees. This occurs due to vilification of refugees in the public gaze, and is supported by discriminatory refugee policies and State-perpetrated prejudice.

For nearly three decades since 1983, Sri Lanka has faced a civil war between the Sri Lankan Military and the Liberation Tigers of Tamil Eelam (LLTE), the latter being formed as a result of the continued persecution of the Sri Lankan Tamil (SLT) people. This persecution and communal violence resulted in multiple waves of SLT refugees fleeing to India. However, over the course of these waves of entry into India, there has been growing hostility against SLT populations. In 2021, 29 SLT refugees under detention attempted mass suicide in response to their legal status in India, raising critical questions on the nature of their treatment as refugees and their rights.

Refugee status and citizenship are largely governed by the Indian Citizenship Act 1955 (the Act). However, most SLT refugees, even if eligible for citizenship under the Act, carry the tag of “illegal immigrants”, since India is not part of the 1951 Refugee Convention and only accepts such refugees on “humanitarian grounds”. In addition, the recent Citizenship (Amendment) Act 2019 exacerbates the risks of the status afforded to SLT refugees, by allowing persecuted minorities from only certain religious groups and certain countries – such as Bangladesh, Pakistan and Afghanistan – to be provided with citizenship. However, the exhaustive list of origin countries does not include Sri Lanka, although SLT are a persecuted minority within their home country and otherwise fall within the religious groups mentioned within the Amendment.

Immigration detention should remain an administrative function rather than becoming infiltrated by practices of criminal detention. Within the criminal justice system, defendants are detained on clearly specified charges and for definite periods of time. If this is vitiated, they are entitled to legal remedies. However, in contrast, a refugee may be detained for a largely undefined range of reasons: if travelling without documents, they are automatically detained in extremely restrictive refugee camps for unspecified periods of time. Although both groups are subject to detention, refugees and non-citizens are necessarily treated more perjoratively than criminals since they do not possess legal certainty over identity. As a result, they typically do not possess the same legal safeguards as criminals.

This effect of crimmigration is stark in the treatment of SLT refugees. They are subject to negative media portrayals that shape the public’s perception of them. Additionally, refugees are handled by the Q-branch police (a special police force), with the architecture of detention perpetuating a system of exclusion from full membership of society. Undocumented refugees are directly detained in isolated refugee camps that have access to meagre resources. This leads to their social exclusion for an unspecified and unpredictable period of time. The Indian State also subjects SLT refugees to further delay on the provision of citizenship and even on the processing of remission applications. Further, not only are they disproportionately targeted in the framing of criminal charges, but they are also subject to unnecessary detention. Refugees that have been charged with offences face a seemingly endless under-trial status and even those that have been acquitted face detention. Each of these issues contributes to a system where refugees are subject to effects of the criminal justice system without even possessing the safeguards to which detained criminals are entitled.

Crimmigration operates against the very purpose of granting asylum to refugees who are already fleeing persecution, and only exacerbates their disadvantage. Such impact could possibly be mitigated by exploring alternatives to detention that reduce the negative impacts caused by detention, changing the very nature and architecture of refugee rehabilitation as we know it.