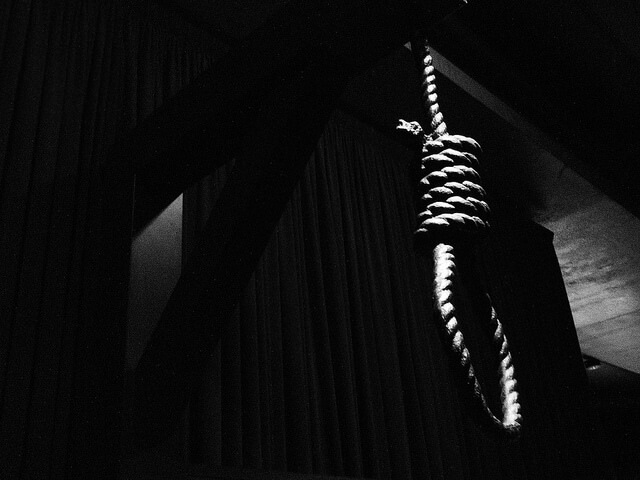 Zambia, like most countries in Africa, has retained the death sentence on its criminal law statutes for a limited number of offences. Recently, though, and against the tide of death penalty abolitionism, the punishment is set to be further cemented in law by the Zambian Draft Constitution. This post outlines the legal provisions governing the death penalty in Zambia, explains how it operates in practice and suggests that its abolition remains unlikely to be achieved in the near future.

Under the current Constitution of Zambia, it is lawful for a person to be sentenced to death. Article 12(1) provides that “a person shall not be deprived of his life intentionally except in execution of the sentence of a court in respect of a criminal offence under the law in force in Zambia of which he has been convicted”. When a legal challenge to the death penalty was brought in 2000 on the grounds that death by hanging amounted to inhumane and degrading treatment, contrary to Article 15 of the Constitution, the Supreme Court relied on Article 12(1) in holding the death penalty to be constitutional.

Although Zambia has been a party to the International Covenant on Civil and Political Rights (ICCPR) since 1984, and has ratified the First Optional Protocol to the ICCPR – allowing for the right of individual petition to the UN Human Rights Committee, it has neither signed nor ratified the Second Optional Protocol to the ICCPR aimed at the abolition of the death penalty. The reluctance to do so may be partly attributed to the general public’s apparent support for the death sentence. Recently, for example, delegates from various parts of the country representing spheres of society voted at the National Constitution Commission to retain the death penalty.

This public support may also explain the decision by drafters of the Zambian Draft Constitution to include the death penalty in the country’s new constitution, due to come into force anytime now. Article 28(3) of the Draft Constitution states: “a person may be deprived of life if that person has been convicted of a capital offence and sentenced to death”.

However, while the death penalty is maintained in the country’s statutes and Constitution, it could, like many other retentionist states, be regarded as ‘abolitionist de facto’. Most of the people who are sentenced to death in Zambia are not executed but instead end up serving a life sentence. This is due to the reluctance of Presidents to authorise the execution of the offenders. The last executions in Zambia were carried out in 1997 when the then President F.T.J. Chiluba, authorised the execution of eight convicts for various offences. Since then, a presidential moratorium on executions has been maintained by three successive Presidents.

Indeed, just last month during his visit to Mukobeko maximum security prison, north of the country’s capital, President Edgar Lungu announced his decision to commute the death sentences of 332 death row inmates to life imprisonment. It is difficult to get the exact number of people who are on death row but given previous estimates of approximately 227 inmates, it is quite possible that there are currently no prisoners serving death sentences.

Although the President’s recent decision to commute the sentences of those on death row further maintains the country’s status as ‘abolitionist de facto’, the inclusion of the death sentence in Zambia’s new Constitution suggests that complete abolition of the death penalty may not be for some time.