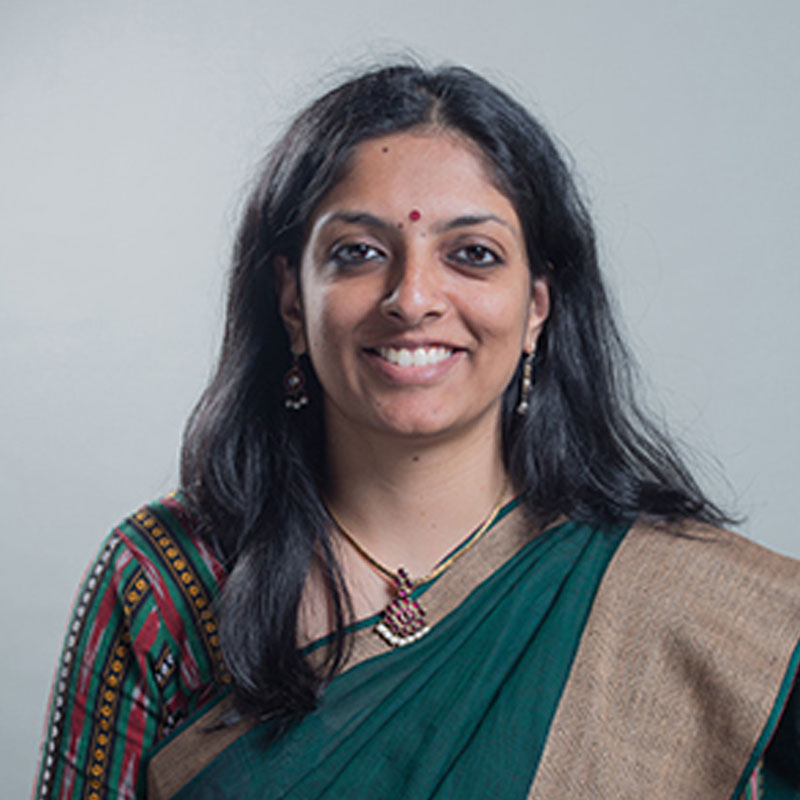 Dhvani Mehta is a co-founder of the Vidhi Centre for Legal Policy, an independent think-based based in New Delhi, Bengaluru and Mumbai that does legal research to make better laws and improve governance for the public good. Dhvani read for a Bachelor in Civil Law and a D.Phil in Law at the University of Oxford from 2009-2014. She was Chairperson of Oxford Pro Bono Publico and one of the first editors of the Oxford Human Rights Hub blog. Her doctoral thesis explored the ideal of an environmental rule of law in India and has been cited by the Supreme Court of India. At Vidhi, she leads the organisation's work on health and medical law, with a focus on public health, medical ethics and health regulation.

The Justice JS Verma Committee, set up by the Government of India after the horrific  gang-rape in Delhi on December 16, 2012, submitted a 630 page report on 23 January 2012, setting out its recommendations for the reform of India’s sexual violence laws. The Committee received over 80,000 responses to its call for submissions. A copy of the report is available at https://docs.google.com/file/d/0B8cOm1kVR415X2xpa2tNeUdFTU0/view?pli=1&sle=true. Television coverage of the press conference releasing the report can be viewed here.

The report makes recommendations on a wide range of issues, confined not just to rape and sexual assault, but also to sexual harassment in the workplace, trafficking of women and children, child sexual abuse and honour killings, adequate safety measures for women, and the medico-legal examination of the victim.

Professor Sandra Fredman, assisted by members of Oxford Pro Bono Publico, submitted recommendations to the Committee, drawing upon best practices from Australia, Canada, South Africa and the UK as well as international law sources such as the Convention on the Elimination of All Forms of Discrimination Against Women and the United Nations Division Advancement for the Advancement of Women Handbook for Legislation on Violence Against Women. Some of these recommendations included

(a) framing the issue as a violation of women’s human rights to autonomy, agency and integrity rather than a question of honour or decency

(b) removing the exception on marital rape by clarifying that the marital relationship does not constitute a valid defence against crimes of sexual violence, nor is it to be treated as a mitigating factor justifying lower sentences, and that the relationship between the accused and the complainant ought not to be relevant to the question of consent to the sexual activity

It is encouraging to note that the Committee has adopted these recommendations in its report. Thus, it recommends that Section 375 of the Indian Penal Code (which defines rape) be amended to clarify that that consent is not to be presumed in the case of existing marital relationships and that it means ‘an unequivocal voluntary agreement when the person by words, gestures or any form of non-verbal communication, communicates willingness to participate in the specific act.’

In keeping with its objective of ‘deconstructing the paradigm of shame-honour in connection with the rape victim’, the Committee also recommends the re-enactment of Section 354 and the deletion of Section 509, doing away with references to ‘outraging the modesty of women.’ Instead, the new section is titled sexual assault and prohibits ‘intentional touching of a sexual nature’ as well as ‘using words, acts or gestures…which create an unwelcome threat of a sexual nature or result in an unwelcome advance.’ The Committee also proposes the addition of the offences of disrobing, voyeurism and stalking.

Other major recommendations made by the Committee include changes to the Sexual Harassment of Women at Workplace (Prevention, Prohibition and Redressal) Bill 2012. It criticizes the existing mechanism of Internal Complaints Committees and recommends constituting an Employment Tribunal to deal with sexual harassment complaints, although employers remain free to maintain domestic complaints mechanisms. It also recommends clarifications to the definition of ‘workplace’ to include the unorganized sector, thus ensuring that the legislation has the broadest amplitude- it ought to cover domestic workers, women in the armed forces and police, government and educational institutions.

Appendix 3 to the report also contains a draft Bill of Rights for women guaranteeing, among others, the right to ‘complete sexual autonomy’ and the right to right to secured spaces including access to public transport without fear of violation of dignity. It also imposes positive duties on the State to provide ‘effective mechanisms and accessible services for information, redressal, rehabilitation and reparation’ for women subjected to violence.

This report is the first step in a much-needed overhaul of both laws and attitudes towards sexual violence in India. It is to be hoped that it encourages meaningful debate in Parliament and that its recommendations are translated into tangible legislative and institutional change.

Dhvani Mehta is a D.Phil Candidate in Law at Magdalen College, University of Oxford.

Using Technology to Personalise and Advance Learning in Classrooms in India

India, Children's Rights, Right to Education, Socio-Economic Rights
India has seen a push from both the private and state sectors to use technology in an effort to improve learning ...