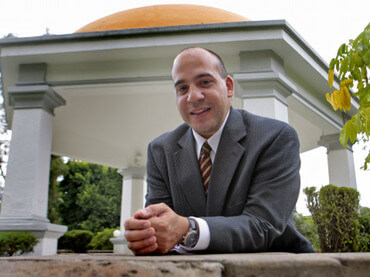 On April 9th, a Mexican citizen, Ramiro Hernández-Llanas, was executed via the death penalty in Texas. He was prosecuted and found guilty for several crimes, including the murder of his boss. Mr. Hernández-Llanas was declared a dangerous man, even in prison, where he slashed another inmate and assembled homemade weapons, which he hid in his cell. An American official declared, “This is exactly why we have the death penalty . . . Nobody, even prison guards, is safe from him.”

Mr. Hernández-Llanas was among the Mexicans on trial or awaiting execution when the International Court of Justice (ICJ) in the Hague ruled, in the Avena case, that the United States had breached its obligations under the Vienna Convention on Consular Relations by not allowing Mexico to represent its citizens facing criminal procedures. However, in Medellin v. Texas, the U.S. Supreme Court recognized that, while the U.S. must fulfill its legal duty toward an international court as a country, the non-self-executing character of the treaty and the lack of a domestic law implementing it created a situation in which the president has no authority to order the enforcement of the ICJ ruling in state court. Doing so would imply a law-making power not granted to him in the U.S. Constitution.

The Inter-American Commission on Human Rights (IACHR) had granted precautionary measures, asking the U.S. to “preserve the life and physical integrity of Mr. Hernández-Llanas until the IACHR has pronounced on his petition.” It also condemned, along with Mexico, the execution, deploring “the failure of the United States to preserve Mr. Hernandez’s life,” and declared that the U.S. had contravened “its international legal obligations derived from the Charter of the Organization of American States and the American Declaration.”

Nobody was surprised by the execution. The U.S. Congress has not passed the domestic law required to apply the Avena case and it seems that it will not do so in the future. After the Avena case was ruled upon by the ICJ, the U.S. withdrew from the Optional Protocol that permits the ICJ to decide when a signatory’s citizens have been illegally denied the right to be assisted by a diplomat from their country (a Protocol that was successfully used by the U.S. in 1979 against Iran).

The New York Times hosted a debate on the death penalty a few days before Mr. Hernández-Llanas’ execution. The participants argued that death penalty executions have become less common over the years and concentrated in fewer states. It seems that death penalty could disappear in the U.S. in light of this trend, its lack of criminal deterrence, or perhaps by losing supporters, but probably not due to duties related to international human rights.

It was reported that Mr. Hernández-Llanas, strapped to a gurney, said in Spanish: “I ask for forgiveness from my boss’s family.” He was pronounced dead a few minutes later.

United States of America, Criminal Justice and Fair Trial, Death Penalty, Right against Torture
On January 26 2017, a federal court in Ohio ruled that its current execution method is unconstitutional. This was ...