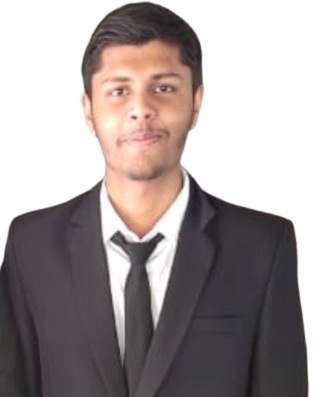 Archit Singhvi is a third-year student pursuing B.A., LL.B.(Hons.) from Maharashtra National Law University Mumbai, India. He can be reached at architsinghvi.dr@gmail.com.

Image description: A cemetery in India.

COVID-19 has claimed many lives. As a result, many bodies of deceased COVID-19 patients were thrown into rivers, pits or onto roads. Such dreadful and substandard treatment of dead bodies raised the question about the very existence of rights of deceased persons. While government has not enacted substantive legislation that safeguards a deceased person’s rights, courts have identified and protected such rights on several occasions. Recently, for example, the Supreme Court (SC) took suo moto cognizance of such inhumane treatment and stated that the lack of cremation facilities should not be used as an excuse to treat the bodies without dignity.

Section 3(42) of the General Clauses Act and Section 11 of the Indian Penal Code defines a person as a company, association or body of individuals and considers such persons as a legal entity with its rights and duties. Although they are silent on whether the dead can be termed as legal entities, the Madras High Court, in the case of Jamuna Das Paras Ram v. State of Madhya Pradesh, held that the term ‘person’ has a wide ambit and includes the person’s body. It stated that a corpse also has the inherent right to remain unmolested and undisturbed, like a person who is alive.

In Pt. Parmanand Katara, the Supreme Court held that inhumane treatment of the dead body is violative of Article 21 of the Constitution as the right to dignity and fair treatment is not only available to a living man, but also to the deceased’s body. Similarly, in S.Sethu Raja v. Chief Secretary, the Madras High Court held that a deceased person must be treated with the same human dignity which a living human being is entitled to. The right to accord a decent burial or cremation to the dead body of a person, the Court observed, should be taken to be a part of this right.

During the pandemic, the Ministry of Health & Family Welfare released a document containing ‘Guidelines on Dead Body Management’, which clarified how to dispose off the body of a suspected or confirmed COVID-19 patient in a proper and dignified manner. The Guidelines were unambiguous and mandated that corpse should be cremated or buried according to the religious practices as they constitute an integral part of faith, protected by Article 25 of the Constitution. In the Hindu culture, for example, cremation is the appropriate procedure, while Muslim and Christian cultures follow the method of burial. Guideline 11 point 4 took cognizance that religious rituals pertaining to last rites of the deceased ought to be followed so that the longstanding traditions are not impacted by the pandemic.

Nevertheless, during the COVID-19 pandemic, the rights of dead persons were grossly violated as corpses continued to be thrown into pits for mass burial and crows and dogs were seen scavenging on these bodies. There were also controversies around the disposal of bodies without accordance to religious customs.

Despite having strong backing of judicial precedents and a clear legal framework, the rights of the dead have been ignored and disregarded. The current pandemic acted as a catalyst in the violation of the rights of a deceased person, illustrating the pressing need for awareness of their rights, including to a decent funeral.