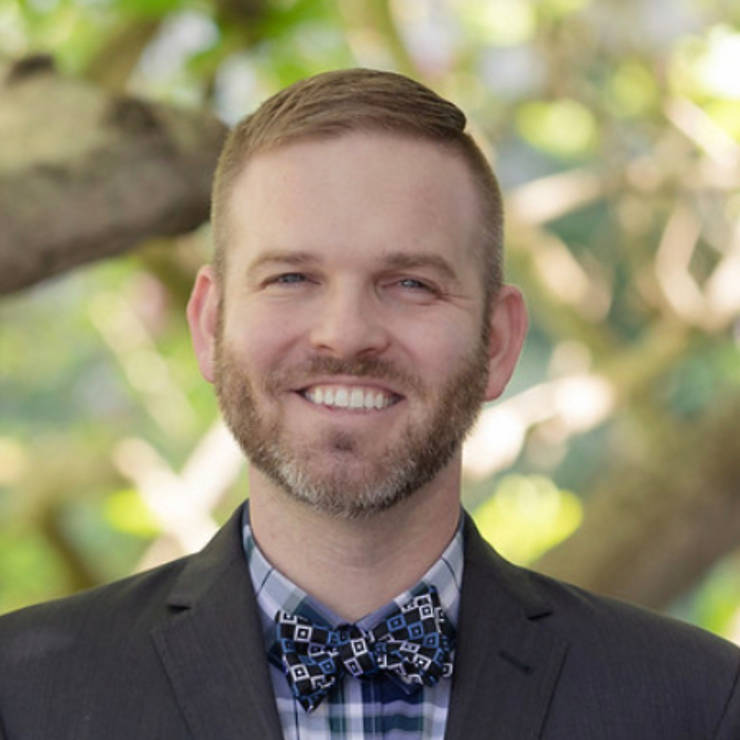 Luke Boso is an Associate Professor at the University of San Francisco School of Law, where he teaches Constitutional Law I, Constitutional Law II, Criminal Law, Education Law, Family Law, and Remedies. He has also served as a part-time visiting professor at the UC Hastings College of Law since 2019, where he teaches Constitutional Law II. Previously, Boso taught courses dealing with law and sexuality for two years as a law teaching fellow with the Williams Institute at the UCLA School of Law. He also taught property and constitutional law courses for one year as an associate professor at Savannah Law School. Boso has published in a variety of legal journals, including the Arizona Law Review, the Florida Law Review, the Washington Law Review, the Tennessee Law Review, the UCLA Law Review, and the University of Hawaii Law Review. Boso was the recipient of a Dukeminier Award, which recognizes each year's best legal scholarship on LGBTQ issues, for his 2013 article “Urban Bias, Rural Sexual Minorities, and the Courts.” Boso also won first place in the national LGBT Bar Association's Michael Greenberg Student Writing Competition when he was a student at the West Virginia University College of Law in 2008.

On July 19, 2012, Charlie Craig and David Mullins visited Masterpiece Cakeshop in suburban Colorado, asking the owner, Jack Phillips, to design and create a cake for their upcoming wedding. Phillips refused because he is religiously opposed to same-sex marriage. Craig and Mullins filed a discrimination charge with the Colorado Civil Rights Division, alleging sexual-orientation discrimination in violation of Colorado’s Anti-Discrimination Act (“CADA”).

Phillips raised several defenses to the discrimination charge, including that a mandate to create a cake for a same-sex wedding would infringe on his religious freedom in violation of the U.S. Constitution’s Free Exercise Clause.  He explained that he sincerely believes that “God’s intention for marriage from the beginning of history is that it is and should be the union of one man and one woman,” and creating a cake for a same-sex wedding would render him complicit in sin.  The Colorado Civil Rights Commission affirmed and adopted an administrative law judge’s decision for the same-sex couple, which the Colorado Court of Appeals in turn affirmed. The U.S. Supreme Court granted Phillips’s Petition for Writ of Certiorari.

The case teed up a dramatic battle between LGBTQ activists seeking equal treatment in and access to all realms of civic life and conservative religious activists seeking broad exemptions from laws prohibiting discrimination due to sexual orientation and gender identity. On June 3, 2018, under the intense glare of the national spotlight, the Supreme Court issued its decision, holding that Phillip’s religious freedom had been violated.

Despite the personal setback for Craig and Mullins, Masterpiece Cakeshop is not a substantial loss for the LGBTQ rights movement. To the contrary, aspects of Masterpiece Cakeshop may help future claimants prove they have been discriminated against due to their sexual orientation, gender identity, or some other protected trait.

The Court begins its discussion by affirming that LGBTQ individuals must be treated fairly and with dignity: “Our society has come to the recognition that gay persons and gay couples cannot be treated as social outcasts or as inferior in dignity and worth. For that reason the laws and the Constitution can, and in some instances must, protect them in the exercise of their civil rights.” The Court did not embrace religious conservatives’ core argument that the Free Exercise Clause or statutory Religious Freedom Restoration Acts entitle individuals to broad exemptions from sexual orientation- and gender identity- protective laws. In fact, the Court suggested that such a claim goes too far because a broad religious exemption could create “a long list of persons who provide goods and services for marriages and weddings [who] might refuse to do so for gay persons, thus resulting in a community-wide stigma inconsistent with the history and dynamics of civil rights laws that ensure equal access to goods, services, and public accommodations.” Instead, the Court rested its decision for Phillip on the case’s unique facts: that the Commission acted with hostility towards Phillips’s religious beliefs, and thus was not “neutral” regarding religion as the Free Exercise Clause requires. In other words, the Court focused on the Commission’s own potentially discriminatory intent.

In finding religious hostility, the Court focused on two categories of circumstantial evidence: inconsistent treatment of similar claims, and statements by individual Commissioners. First, the Court cited three other occasions where Colorado bakers refused to create cakes and the Commission did not find violations of the CADA—except in those cases, the requested cakes included images and religious text conveying disapproval of same-sex marriage and homosexuality. The Court found the Commission’s treatment of those claims inconsistent with its treatment of Phillips’s claim in part because the Commission inferred that Phillips had discriminatory intent but did not do so in the three other claims. Instead, the Commission summarily found that the requested anti-gay cakes would be “offensive” without deeply probing whether the bakers were hostile to the messages’ religious nature.

Second, the Court highlighted several comments that Commissioners made at public hearings.  The most damning evidence was the following observation by a single member: “Freedom of religion and religion has been used to justify all kinds of discrimination throughout history, whether it be slavery, whether it be the holocaust, . . . we can list hundreds of situations where freedom of religion has been used to justify discrimination. And to me it is one of the most despicable pieces of rhetoric that people can use to—to use their religion to hurt others.” Justice Kennedy found this observation “disparaging” and “dismissive” of religion, and thus not neutral. Kennedy’s depiction, however, begs a question: to be neutral, could or must the adjudicating body be explicit that it disapproves of both religious and secular anti-gay views? Kennedy’s hostility finding also raises questions about other religious rationales for discrimination. If, for example, the denial of some service or benefit were motivated by a sincerely held religious belief in the superiority of whites over people of color, or of Christianity over Islam, or of men over women, must an adjudicating body accord those religious beliefs respect when determining whether an anti-discrimination law is violated?

The Court’s searching inquiry into the Commission’s neutrality—or hostile intent—marks an unusual and promising turn in anti-discrimination law. Since Washington v. Davis, a basic tenet of constitutional scrutiny has been that “a law having a discriminatory impact, but devoid of any facial classification, will be subject only to rational basis review, regardless of the group affected by the discrimination.” Discriminatory intent, however, is notoriously difficult to prove. This requirement has long frustrated civil rights advocates who have rightfully noted courts have consistently been unwilling to impugn discriminatory intent to legislative and adjudicatory bodies even when encountering grossly disparate negative effects on vulnerable groups. Thus, Masterpiece Cakeshop may portend a sea-change in the kind of searching review that courts undertake when claimants allege discrimination. Perhaps courts will be less deferential to governmental and private entities that offer purportedly “neutral” reasons for treating LGBTQ individuals differently from others.