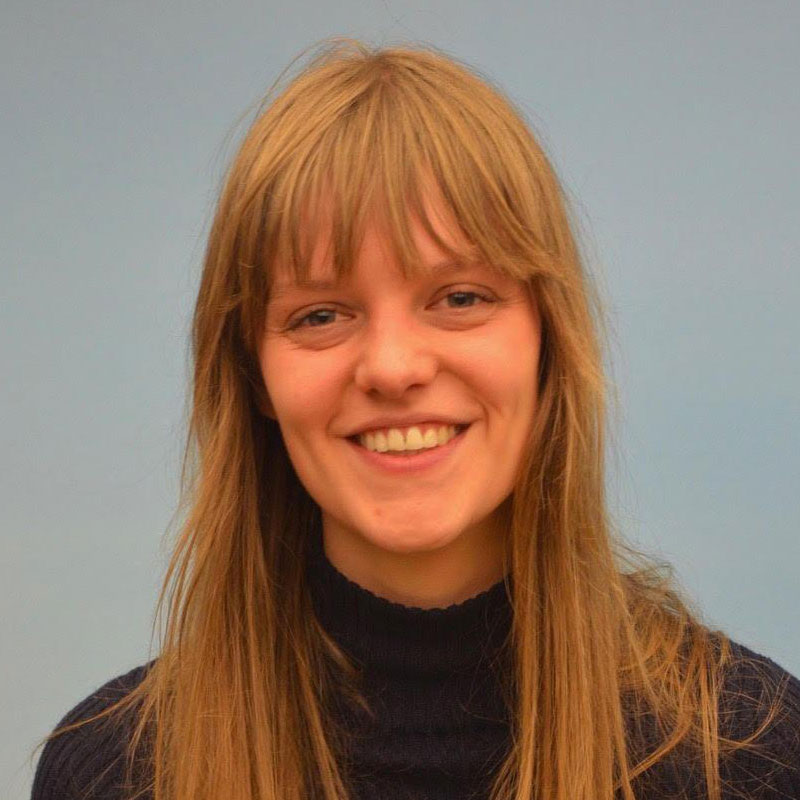 Nine de Pater is a researcher and campaigner at Milieudefensie (Friends of the Earth the Netherlands). She has been active in the climate movement for many years organizing protests and campaigns against the fossil fuel industry. She did her masters in environmental economics and policy at Wageningen University and graduated in 2018. At Milieudefensie Nine is responsible for the campaign and climate court case against Shell.

“It is clear that the global climate crisis will worsen, with devastating implications for human rights, unless society changes direction.” […] “Corporations should comply with the Guiding Principles on Business and Human Rights as they pertain to human rights and climate change”. These quotes from the UN Special Rapporteur on Human Rights and the Environment show the urgency of the climate crisis and emphasize the role of private actors. Corporations, especially multinationals, play an important role in the fight against climate change. Although they operate globally, they are not bound by international environmental and human rights treaties. But does that position exclude them from a duty to respect basic human rights?

The Urgenda case, which has become a model for rights-based climate litigation worldwide, was the first time that a court held a government responsible for violating human rights because of insufficient climate action. Dutch government climate policies were held to be inadequate and amounted to a violation of the right to life and the right to a private and family life, under Articles 2 and 8 of the European Convention on Human Rights (ECHR). However, gaps in accountability remain. The problem is that the biggest polluters are very often not States, but fossil fuel companies, like Royal Dutch Shell.

A significant proportion of the greenhouse gases emitted since the late 1980s can be traced back to just 25 companies – the “Carbon Majors”. Historically, Shell is responsible for 1.8% of all anthropogenic CO2 emissions. Today, its activities and products are responsible for 1% of yearly global emissions, double that of the Netherlands. The company is responsible for causing dangerous climate change and is in the position to accelerate the energy transition. This is precisely what is at issue in  Milieudefensie v Shell.

On 5 April 2019, Shell received summons from Milieudefensie (Friends of the Earth Netherlands). In 205 pages of legal and scientific arguments, Milieudefensie explained that Shell’s contribution to dangerous climate change violates its duty of care, under Dutch Civil Law, and Articles 2 and 8 of the ECHR. Of course, Shell is not a Contracting Party to the ECHR, but that does not mean that the Convention does not apply. Under Dutch case law, the ECHR has been given indirect horizontal effect on a grand scale through open standards of private law, such as the social standard of care. This way, the ECHR also colours the duty of care which private individuals and legal entities have towards each other. Shell is one of the biggest and most powerful companies in the Netherlands. Given its uniquely high contribution to global emissions, the company has a strong moral responsibility to protect human rights. Milieudefensie argues that under horizontal effect it also has a legal responsibility.

Shell seems to acknowledge its responsibility to respect human rights on its website: “We have the responsibility and commitment to respect human rights with a strong focus on how we interact with communities, security, labour rights and supply chain conditions”. The company further claims to be committed to the UN Guiding Principles on Business and Human Rights. One might wonder what this means in light of the continuously increasing CO2 emissions from Shell. Indeed, Shell is known for its greenwashing and this statement is just another example.

On 26 May, the judge in The District Court of Hague will announce its decision and we will know whether the duty of care applies to Shell. Even without the judgement we know that the CO2 emissions from the Carbon Majors are causing irreversible danger to our planet and threatening the rights of millions of people all around the world. The only way to prevent a major catastrophe is by reducing these emissions and putting a halt to the expansion of oil, gas, and coal. The horizontal effect in this ground-breaking court case can potentially put human rights in the core of this transition.