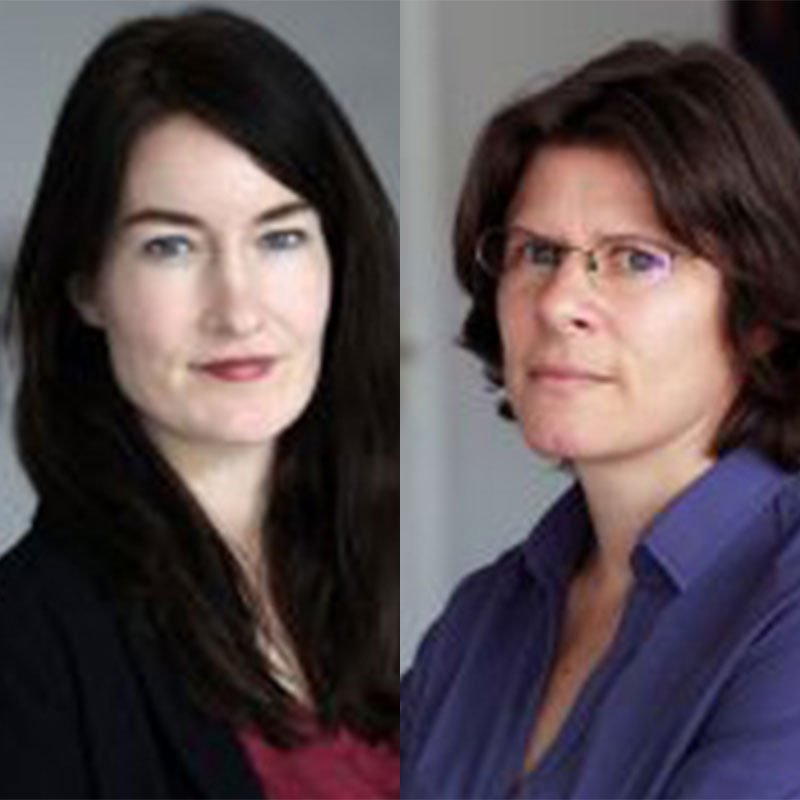 About Linde Bryk and Claudia Müller-Hoff

Linde Bryk, LL.M. is a Dutch-licensed attorney, with a specialization in International Human Rights Law and Transitional Justice from New York University (NYU) School of Law. After a research fellowship from NYU, she worked as a Human Rights Officer for the European Rule of Law Mission in Kosovo, EULEX and joined the Business and Human Rights program of ECCHR in 2016 as a BeJust Fellow.

Modern slavery in Qatar and other Gulf countries has received a lot of attention in light of the upcoming 2022 FIFA World Cup. Men from Nepal, India or Kenya come to work in the construction sector; women come to supply the growing service sector or as domestic workers, where they suffer similar exploitation and bear an additional risk of sexual abuse. These men and women are commonly stereotyped as passive victims, but they are all individuals who show courage and initiative , and the question is whether international human rights law can provide them with an effective remedy to enforce their individual human rights.

Because of the massive scale of the exploitation of migrants, such countries have been labelled medieval or slave states. Yet, who benefits? A German engineer in a recent interview explained, that mega-infrastructure projects are “easier to realize in an Arab monarchy than in a democracy.” What redress does international human rights law have to offer to those suffering in “slave states”?

A legal analysis shows that  we are dealing here with forced labour rather than slavery. The ILO Convention No. 29 (1930) defines forced labour as “all work or service which is exacted from any person under the menace of any penalty and for which the said person has not offered him (or her)self voluntarily.” When a worker’s residence papers are withheld, the threat of being arrested and deported qualifies as “menace of penalty”, according to jurisprudence of the European Court of Human Rights (EuCtHR). If a worker upon arrival is presented with worse conditions than when s/he was recruited, this means, in the understanding of the EuCtHR, that s/he was deceived and did not offer him/herself voluntarily. A combination of these elements can constitute forced labour, especially where a worker is prohibited form joining a trade union and is, therefore, particularly vulnerable.

So migrants might have a case, but, can they get remedy against corporate actors? The difficulty in litigating these cases lies not with finding a cause of action against forced labour. In most jurisdictions, it would certainly constitute a tort, and also allow for criminal charges. Yet, where local remedies are ineffective, the question is whether those at the upper end of the supply chain can be held to account. Workers can offer vital evidence about rights violations, but they are often so deprived of information that they cannot name their construction site, employer or contractor. In addition, it would be risky to expose them publicly as plaintiffs or witnesses in a strategic legal action. Working with returnees has the advantage that there are migrant organizations and trade unions who can accompany and support workers, take a lead in a public campaign, use a legal action to build awareness and provide training for future migrants.

At ECCHR, we work together with organizations in sending countries, such as the Migrant Forum Asia, to develop tools to identify worksites and investigate supply chains up to the main contractor, so that they can be held accountable if failures in their risk management allow for labour rights violations in their supply chains. This will also enable workers, unions and migrants’ organizations to document failures of companies, identify patterns and notorious abusers and share this information – valuable knowledge that can be used in many powerful ways.

In the Gulf, for example, contractors should address relevant risk factors such as passport retention, withholding residence papers, recruitment fee debts, and salary debts. They should be able to show how they monitor and manage these risks along the supply chain. Workers’ abilities to claim their rights and to access remedy should be understood as supporting factors for effective risk management. Where migrants by law or otherwise are prevented from organizing in trade unions they become particularly vulnerable and such a condition should be understood as high risk for labour rights violations. In such circumstances, heightened requirements for HRDD should apply. Strategic litigation could help to develop concrete HRDD standards, and hence could lead the way for structural change.

China, United States, Access to Justice, Business and Human Rights, Environment, Labour Rights, Right against Torture, Social Protection
Image description: A picture of solar panels in a field, against the backdrop of mountains.  As China is a ...