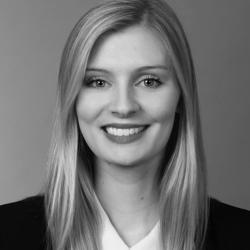 Georgia Williams is a candidate for the Bachelor of Civil Law at the University of Oxford. Previously, Georgia has practised as a solicitor in Australia and served as Associate to a Judge of the Supreme Court of Queensland. All views are her own.

As an increasing number of cases worldwide link climate change and human rights (for instance, see here), the first litigation of this kind in Australia is proceeding before Queensland’s Land Court.

Youth Verdict and Bimblebox Alliance (the Applicants) object to applications to develop a thermal coal project, arguing that granting the applications would be incompatible with the Queensland Human Rights Act 2019 (HRA). The Applicants invoke the rights to life, property, privacy, equality, cultural rights of Aboriginal and Torres Strait Islander peoples as well as rights of children to protection.

Australia has limited constitutional protections for human rights and no national statutory bill of rights. Queensland’s relatively new HRA has been subject to limited judicial consideration, but permits judgments of foreign and international courts to be considered in interpreting its enumerated rights. The Applicants will likely raise cases such as Urgenda in the Dutch Supreme Court, which invoked the rights to life and private and family life to require the state to take steps to mitigate harm from climate change, and Ashgar Leghari in Pakistan’s Lahore High Court which concluded that failure to implement existing climate policy breached the right to life.

Establishing a causal link between climate change and particular effects violating human rights is a key issue in rights-based litigation given the polycentric nature of the problem, which involves multiple sources of greenhouse gas emissions and complex relationships between causes and future effects. In this case, concerning State action in approving an individual project, it will be interesting to see how the Court approaches arguments that a single source of emissions represents only a fraction of global emissions. The issue arises in the unique context of the Galilee Basin—one of the world’s largest coal reserves, which has seen multiple new mines approved or foreshadowed—situated in a jurisdiction that is a major coal exporter and vulnerable to bushfires, drought, floods and heatwaves.

An expansive approach to interpretation remains open in this early stage of Queensland’s HRA jurisprudence. The Court could follow broad international interpretations of the right to life in the International Covenant on Civil and Political Rights (ICCPR),in light of textual similarities between the ICCPR and HRA, and especially because the HRA aimed to consolidate and establish statutory protection for ICCPR rights. In this regard, the UN Special Rapporteur on Human Rights and the Environment observes that to uphold the right to life, States must ‘take effective measures to mitigate climate change, enhance the adaptive capacity of vulnerable populations and prevent foreseeable loss of life’.

Relatedly, the Applicants argue that a 35-year lease, which the project proponent seeks, is inconsistent with the Paris Agreement as it allows mining beyond the time within which thermal coal must be phased out to achieve the Agreement’s aims. This argument may have some traction. Elsewhere in Australia, the New South Wales Land and Environment Court in Gloucester Resources emphasised, though outside the human rights context, that a new coal project may run counter to actions required under the Paris Agreement to achieve the peaking of global emissions as soon as possible and undertake rapid reductions thereafter to achieve net zero.

Further, several other important questions arise. The Court will consider the principle of intergenerational equity, with current and future children identified as disproportionately affected (Waratah Coal v Youth Verdict (No 2)). Regarding cultural rights, it is unclear whether harm to traditional lands per se at the project site will be raised, or whether this ground will exclusively be linked to climate change impacts on these rights. Also, if it becomes necessary to consider whether any limitation on rights is ‘reasonable and demonstrably justifiable’ under the HRA, key issues will likely be whether economic benefits can justify limiting rights and if so the extent of the project’s economic benefits. The Court has also left open whether the Applicants, as corporate entities, would have standing to seek a remedy in any future judicial review proceedings (Waratah Coal v Youth Verdict).

Coal and climate change are divisive subjects in Queensland. Often, science and rights-based arguments are sidelined in favour of appeals to personal values and economic priorities. Findings of a local Court on such issues, particularly how they affect human rights and vulnerable communities, would be welcome.

Climate Change and the Torres Strait Islands: Australia in the International Spotlight