The Death Penalty and its Arbitrary Use to Punish LGBTIQ Persons 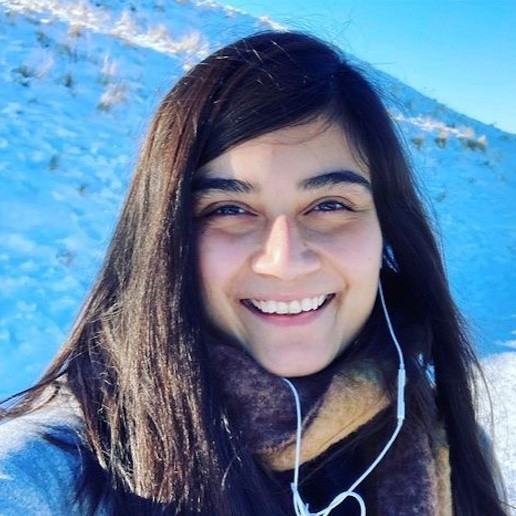 Ajita Banerjie is the Research & Policy Officer at ILGA Asia where she focuses on access to justice and LGBTIQ rights in the Asia region. Ajita holds a Master’s degree in Human Rights Law from SOAS, University of London, and was the recipient of the Chevening Scholarship.

Image Description: In the photograph, there are many hangman’s nooses/knots in a room. Through one of these nooses, one can observe an empty chair. This photograph is clicked by Vusala Agaraziyeva and it is part of Vusala’s artist installation.

Observed every 10 October, the World Day Against the Death Penalty aims to unify the movement calling for the abolition of capital punishment across the world. This blog aims to bring attention to the arbitrary use of the death penalty to punish lesbian, gay, bisexual, transgender, intersex and queer (LGBTIQ) persons. Discrimination based on sexual orientation and gender identity often coupled with other elements of identity, such as race, ethnicity, religion and political beliefs, can expose individuals to intersecting forms of structural injustice and a denial of access to justice. Such discrimination and bias can also lead to critical mitigating factors not being considered during arrest and trial, such as the experiences of sexual and gender-based violence while in custody.

Death penalty and its arbitrary use to punish LGBTIQ persons

As of today, nearly 70 countries around the world still criminalize consensual same-sex sexual conduct. Furthermore, 11 countries – Afghanistan, Brunei Darussalam, Iran, Mauritania, Nigeria, Pakistan, Qatar, Saudi Arabia, Somalia, the United Arab Emirates and Yemen – of which 8 are in Asia, retain the death penalty as a possible punishment for same-sex sexual conduct. The use of criminal sanctions against LGBTIQ individuals, including capital punishment, is rampant in Asia. Moreover, limited access to legal aid, as well as bias within the criminal justice system, has a detrimental impact on LGBTIQ people’s ability to be guaranteed a fair trial.

The death penalty continues to be imposed against LGBTIQ persons in Asia, with Iran being the most prolific in terms of carrying out executions. In early 2022, reports indicated that two gay men were executed on charges of ‘sodomy’ after they spent several years on the death row. Further, in August 2022, two women belonging to the LGBTIQ community were arrested by the Revolutionary Court of Urumieh, in the West Azerbaijan Province of Iran, and were sentenced to death under the charges of spreading “corruption on earth.” Experts have expressed their concern about the arrests being based on their involvement in LGBTIQ rights activism and non-normative gender expression. Reports have pointed out that the vague provision of efsad-e-fel-arz  or ‘corruption on Earth’ while not containing any explicit reference to sexual orientation, gender identity and expression, or sex characteristics (SOGIESC), has been used against LGBTIQ individuals.

In 2017, the UN Human Rights Council passed a resolution condemning the imposition of the death penalty for consensual same-sex sexual conduct. The resolution urged member States that continue to retain the death penalty to ensure that it is not “applied arbitrarily or in a discriminatory manner.”

Further, several UN Treaty Bodies and a number of Special Procedures of the UN Human Rights Council have called attention to the ways in which the criminalization of consensual same-sex sexual conduct legitimizes prejudice and exposes people to hate crimes and police abuse, and have recognized that it can lead to torture and other ill-treatment. Further, the UN Working Group on Arbitrary Detention has noted that detaining someone under laws that criminalize consensual same-sex sexual activity, including under vague legal provisions, breaches international law.

In 2016, the Report of the Special Rapporteur on torture took note of the unique experiences of LGBTI persons and noted that victims of violence “face significant hurdles in accessing justice and reparations, including absence of or shortcomings in domestic legal frameworks to hold perpetrators accountable, and practical obstacles such as the significant expense involved in accessing court.” The UN Human Rights Committee has recommended that states must ensure “LGBT persons have access to justice, and that all allegations of attacks and threats against individuals targeted because of their sexual orientation or gender identity are thoroughly investigated.” In its General Recommendation on Access to Justice in 2015, the CEDAW Committee noted that “discrimination against women is compounded by intersecting factors”, one of which was “being lesbian, bisexual, transgender women or intersex persons. These intersecting factors make it more difficult for women from those groups to gain access to justice.”

There is growing evidence that the existence of implicit bias within the criminal justice system often leads to arbitrary and unjust application of the death penalty against LGBTIQ persons. All countries that continue to retain the death penalty for consensual same-sex sexual conduct must abolish the death penalty and introduce a moratorium on its use, as a necessary first step towards abolition. Further, authorities must ensure that all necessary safeguards are in place in order to ensure access to legal representation, fair trials and judicial transparency for those currently facing the death penalty in connection with their real or perceived sexual orientation and/or gender identity. Lastly, laws criminalizing consensual same-sex sexual conduct must be repealed including vague and broadly defined provisions that can be misused against individuals based on their real or purported SOGIESC.