The Death Penalty for Foreign Nationals and Migrant Workers 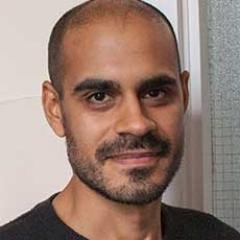 Dr Bharat Malkani is a Senior Lecturer in the School of Law and Politics at Cardiff University. His research and teaching encompasses the death penalty, the relationship between human rights law and criminal justice, and miscarriages of justice. He works on the Cardiff University Innocence Project, and is the author of the book ‘Slavery and the Death Penalty: A Study in Abolition’ (Routledge 2018). You can follow him on twitter: @bharatmalkani

On 16th and 17th June, 2015, a group of experts met in Geneva to address the issue of foreign nationals, including migrant workers, facing the death penalty abroad. The meeting was organised by the UN Office of the High Commissioner for Human Rights and the Quaker UN Office. Discussions were conducted under the Chatham House Rules, which provided for a lively, honest exchange of views.

With no fewer than 26 nationalities at the meeting, a variety of perspectives were brought to the discussions. While some were expert in migrant workers’ issues, others were experts in death penalty abolitionism. It was recognized by all that the general problems facing migrant workers, and the general problems with the death penalty, were both exacerbated when the two come together.

Foreign nationals, particularly migrant workers, face significant issues in their host state. Language barriers and unfamiliarity with local customs, unfavourable working conditions, low pay, and sometimes resentment from locals for taking “their” jobs, all create a climate of fear and oppression. Migrants are often denied political rights such as the right to vote, further marginalising them. With only 48 states having ratified the Convention on Migrant Workers to date, there remains a lack of uniform international protection for this vulnerable group.

With regards to the death penalty, virtually all capital punishment systems are beset by inadequate legal defence representation, discrimination and arbitrariness, degrading prison conditions, and unfair trial processes. It follows that foreign nationals facing the death penalty are particularly vulnerable to discriminatory and unfair trials, since they will be unfamiliar with the language and the legal process, unable to afford a lawyer, unable to make themselves heard, and they will not attract much sympathy from the local population.

How, then, can these problems be best addressed? First, states of nationality must do more to protect their nationals abroad. The laws relating to diplomatic protection do not provide for a right to consular assistance, and there is no obligation on states to provide assistance. Therefore, states must be encouraged to provide as much protection for their nationals as they can and the variations in state provisions that exist ought to be addressed.

Mexico can be seen as the “gold standard” of diplomatic protection, with the Mexican Capital Legal Assistance Program (MCLAP) providing comprehensive assistance to Mexicans facing the death penalty abroad. Since it was set up in 2000, the Government-funded Program has greatly reduced the chances of Mexicans being sentenced to death abroad. For example, in the US, a Mexican facing a capital charge has just a 0.7% chance of being sentenced to death because of MCLAP, whereas a US citizen facing a capital charge in America has an 8-14% chance of receiving the death penalty. Likewise, the Philippines has legislated to ensure that its migrant workers abroad receive good legal assistance in capital and non-capital cases alike.

There are generally two reasons why other states do not provide similar levels of support: a lack of political will, or a lack of resources (or both). Any guidance to states on how to exercise “due diligence” in protecting their nationals must take these into account, but in any event these states should be encouraged to provide full protection. We know that the chances of being sentenced to death increase without consular assistance, and so a conscious failure to provide full protection can be seen as complicity in the death penalty by omission.

It was also agreed by the experts that states must work closely and constructively with local lawyers, civil society, and government officials. They know the situation on the ground best, and can advise on appropriate strategies. Other factors to take into account include the timeliness of consular intervention, and the provision of support to the families of those facing death sentences abroad. These families might need to fly out to visit their loved one in prison, or if they are already abroad they might need to be repatriated.

As for the obligations on the host state, it is imperative that internationally-recognized standards of a fair trial are observed, and that authorities notify consular officials as soon as a foreign national is arrested, in accordance with Article 36 of the Vienna Convention on Consular Assistance. This requirement has not always been complied with, and more needs to be done to ensure that states with the death penalty take their obligations under international law seriously.