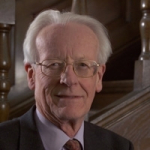 A striking feature of the history of Europe since the ending of WW II has been the origin, development, application and enforcement of the international movement for the protection of human rights. That movement has become a vital part of the government of the continent of Europe; it has affected both the larger and smaller states, and brought together states which were enemies in WWII, or were opposed to each other in the Cold War before the fall of the Berlin wall and the ending of communism in many European states.

The story of this movement has to be traced both in its widely varied national developments and in the international work of the Council of Europe. In the UK, hostility in 1950 to what became the European Convention on Human Rights was based on the fears that it would jeopardise the whole system of law ‘in favour of some half-baked scheme administered by some unknown court’ and that the proposed jurisdiction of the European Court of Human Rights ‘would seriously compromise the sovereignty of Parliament’ (See A. Lester in [1984] Public Law 46, 51-54, quoting views of the then Lord Chancellor (Jowett) in Cabinet in 1950). But in 1966 the Labour government accepted the right of individual petition to Strasbourg and the jurisdiction of the Court, and this opened the way to thirty major decisions of the Court involving the UK between 1975 and 1990 (See A.W.Bradley, “The United Kingdom before the Strasbourg Court 1975-1990”, in W.Finnie, C.M.G.Himsworth & N. Walker, (ed.) Edinburgh Essays in Public Law (1991), pp 185-214.) It had by then been commented that ‘there appears to be emerging a sort of European quasi-constitutional or common law, the maintenance of whose uniform minimum standards is considered the responsibility not only of the Convention’s organs but also that of the domestic judiciary’. (A. Drzemczewski, European Human Rights Convention in Domestic Law (1983), p 326).

It was in the HRA 1998 that there occurred constitutional changes of great significance in the UK that maintained a dynamic link between national law and international developments in human rights protection. The HRA was enacted soon after the 1997 general election, before which Labour and the Liberal Democrats had adopted a common constitutional platform, chaired by the late Robin Cook and the late Robert Maclellan, in which human rights and devolution within the UK formed two of the most prominent planks.

The debates on the Human Rights Bill were somewhat one-sided. Before the scheme of the Bill had become known, there was much speculation by human rights supporters as to the form which its main constitutional provisions would take. The second reading of the Bill in the Lords on 3 November 1997 was moved by Lord Chancellor Irvine, and in the Commons on 16 February 1998, by the Home Secretary, Jack Straw. In the event, the ingenious structure of the Bill won general approval, and the passage of the Bill was marked by uncertainty among Conservative MPs as to the position they should adopt. There was not much scope for unpicking or remodelling the Bill itself, but sections of the press and media sought some protection for the freedom of expression (hence s 12, HRA) and so did some religious organisations (hence s 13, HRA). Because of the novelty of the constitutional provisions, a period of two years was allowed in which all members of the judiciary were introduced to the new issues raised by the Act: the training programme under the 1998 Act was led by Sir Stephen Sedley, and was attended by judges from the Lord Chief Justice downwards.

Twenty years on from the Act coming into effect in the UK, an independent panel chaired by Sir Peter Gross, retired Lord Justice of Appeal, is currently reviewing two broad aspects of the Act: (1) the relationship between UK courts and the European Court of Human Rights that arises from the Act’s provisions; and (2) the Act’s impact on the relationship in the UK between the judiciary, the executive and the legislature. The panel is to report to the Lord Chancellor in the summer of 2021. While the review does not extend to the UK’s membership of the Convention, nor to the substantive rights set out in the Convention, issues for the panel include the duty of UK courts to ‘take into account’ decisions of the Strasbourg Court and whether the UK courts ‘have been drawn unduly into questions of policy’ (See themes 1 & 2 of the terms of reference of the Independent HRA review, December 2020).

In his Hamlyn Lectures in 2013, Jack Straw argued that the HRA “has been a resounding success. It is here to stay”, but he drew attention to “a fundamental impediment to the operation of democratic politics across Europe: namely, the ever-widening jurisdiction of the European Court in Strasbourg, for which there is neither authority in the treaties, nor popular consent” (Straw, Aspects of Law Reform – an Insider’s Perspective (2013), p. 25).

In my view, the underlying question raised for the current review of the HRA is its place within the whole European system of rights protection. The features of that system have been addressed in a series of ‘high level’ conferences (including those at Interlaken in 2010, at Izmir in 2011, at Brighton in 2012 and at Brussels in 2015) that have led to an impressive series of European declarations concerned with improving the Convention system; of these the most recent is the Council of Europe publication, Enhancing the national implementation of the system of the ECHR (2019). These declarations are evidence of the complex and varied roles which the Convention plays (or does not play) in the 47 states which are party to it. Rather than a review of the Convention system as it plays out in the UK, that runs the risk of encouraging those who wish to minimise the UK’s role in Europe, the need is for an initiative from the UK that can demonstrate the working of a well-crafted legal system and can by example promote the advance of an understanding of Europe based on a shared value of human rights.