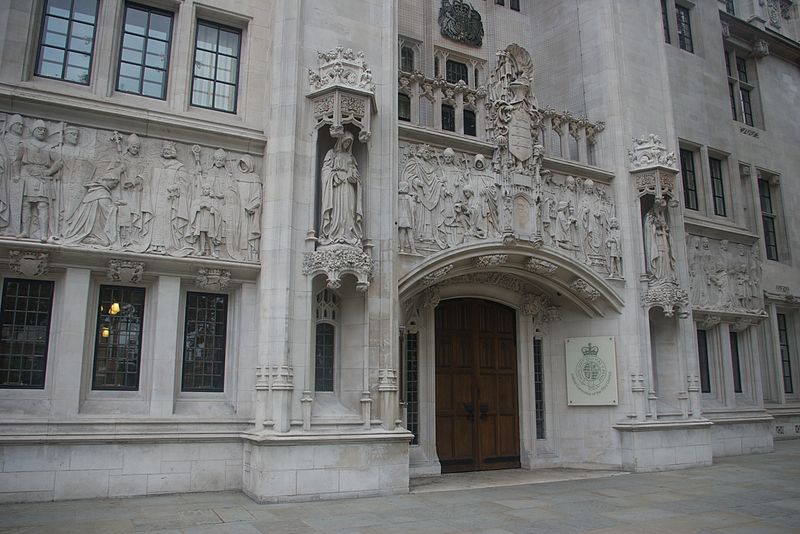 The Middlesex Guildhall, home of the Supreme Court of the United Kingdom, by Tom Morris, via Wikimedia Commons

Alan Bogg is a Professor of Labour Law at the University of Oxford. He was the winner of the Philip Leverhulme Prize in 2015 and is currently engaged in a major project on freedom of association. His work focuses on labour law from comparative, international and philosophical perspectives and has been cited in the UK Supreme Court, the Employment Appeal Tribunal, the Supreme Court of Canada, and the Court of Justice of the European Union.

In the coming days, labour lawyers from around the world will be tuning in to watch the arguments in Uber v Aslam. In terms of the wider ramifications of the reasoning in Heller, what are the prospects for the ‘contractual’ and the ‘constitutional’ approaches in Aslam? As already noted, the wider doctrine of unconscionability in Heller is unlikely to find favour in the English courts. More importantly, disputes about the employment contract in English courts are rarely about the contract rights themselves. The (private) contract is a gateway into a suite of (public) statutory employment protections. It would make little sense for a worker to seek to set aside the contract by using unconscionability as a vitiating factor, when the statutory protections depend upon the contract being valid and enforceable. This limits the practical relevance of Heller’s expanded unconscionability doctrine, given the statutory context to most employment litigation in the UK.

By contrast Brown J’s ‘constitutional’ approach, focused on the rule of law and access to a court, could have greater significance in Aslam. I have argued elsewhere that the landmark UKSC decision in UNISON, a leading case concerned with the impact of employment tribunal fees on the common law right of access to a court, may also have implications for ‘horizontal’ disputes about employment status between employers and workers (“The Common Law Constitution at Work”, Modern Law Review). The continuing uncertainties around employment status, which forces workers to engage in the fraught business of predicting the application of complex legal rules on employment status, mean that disputes about whether X is a worker will continue to be a strategic pressure point for employers resisting statutory claims. It will also persist as a practical deterrent to individuals deciding whether to pursue statutory claims against employers. In situations where the employer has the upper hand in drafting the written contract, and so is able to shape the legal characterization of those arrangements, legal doctrines must be attuned to that inequality of bargaining power. By identifying worker status as an access to justice issue, and by recognizing how employment status is pivotal to the ‘rule of law’ for workers seeking to vindicate their statutory rights, the constitutional importance of Aslam becomes apparent.

‘Access to a court’ can be understood as a fundamental legal value as well as a subjective right. As a fundamental legal value, it should reshape doctrines that in effect constrain the ability of claimants to seek redress in the courts. In practice, worker status is a crucial gateway into the tribunal system. It determines whether those who engage in paid labour can seek adjudication on the substantive merits of their statutory claims. In the leading case of Autoclenz v Belcher, the UKSC formulated a ‘purposive’ approach to employment status, reminding tribunals that their task was to identify the ‘true agreement’ (which may not be the same as the ‘agreement’ portrayed in the written documentation). Since Autoclenz, there has been ongoing instability about what this really means in difficult cases. This instability was exposed fully in the Court of Appeal judgment in Aslam. For the majority, it was legitimate for the tribunal to take an overall view of the working arrangements, which included the written documentation along with other relevant factors. For Underhill LJ (dissenting), by contrast, it was only legitimate to depart from the written documentation where there was a discrepancy between it and the agreement as evidenced in specific working practices. Since there was no such discrepancy in this case, the Autoclenz doctrine was not engaged. The difference between the majority and the dissent in Aslam boils down to the difference between a strongly purposive and a weakly purposive reading of Autoclenz. Both represent possible readings of Autoclenz, which is what makes this such an important case for UK workers in the gig economy.

In Aslam, the UKSC should adopt a strongly purposive approach to the employment status enquiry. This fits with the inclusionary purpose of the statutory limb (b) category, which was designed to extend the scope of employment protection in situations where the substantive arrangements reveal that X is integrated into the employer’s business. In essence, the strongly purposive approach means that where it is possible to characterize X as a worker, on a reasonable construction of the working arrangements, X should be characterized as such. This supports the rule of law by supporting the systemic protection of fundamental social rights in employment statutes. It has much in common with the ‘favourability’ principle in continental legal systems, whereby legal principles are developed progressively in order to support the position of the weaker party. This offsets the power of the employer to shape the arrangements through comprehensive written documentation presented on a take-it-or-leave-it basis. In this way, the most important part of Heller may not be the heady mix of equity and a roving doctrine of unconscionability. Instead, the constitutional approach of Brown J could provide the thread that links Mr Heller’s and Mr Aslam’s fight for justice in the Gig economy, and it may be the most enduring intellectual legacy of Heller and Aslam.

(Part One can be read here).

Canada, Access to Justice, Labour Rights
Across the world, Gig employers are now facing a legal reckoning in the highest courts. On 21st July, the issue of ...