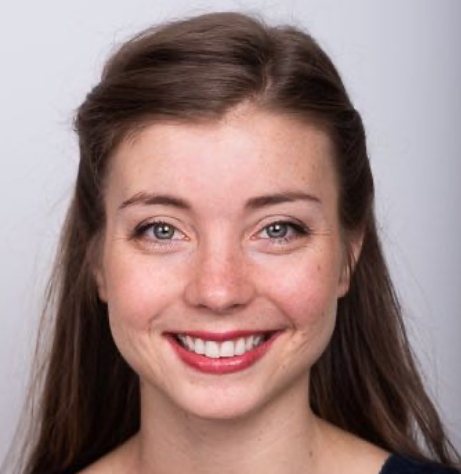 Mikayla Brier-Mills is an Australian lawyer and has read for the BCL and MPhil at the Faculty of Law at Oxford University. Her research focuses on treaty interpretation under international humanitarian and human rights law. She holds a Bachelor of Laws from Bond University, Exchange of Laws at Leiden University; a GDLP from Australian National University; and will be reading for her JSM through the Program in International Legal Studies at Stanford University from 2021-2022. There, she will be focusing on how the social and legal context of Tunisia will influence its ratification and implementation of the Istanbul Convention on the Elimination of Violence Against Women. While at Oxford, she was Research Assistant at the Blavatnik School of Government for the International Peace and Security Programme, and at the Oxford Institute for Ethics, Law and Armed Conflict. Mikayla is also Editorial Assistant for the Global Community Yearbook on International Law and Jurisprudence (OUP). Prior to coming to Oxford, she worked as Foreign Law Clerk for Justice Salim Joubran at the Supreme Court of Israel, and Founded the Bond University Law Wellness Association. Her main areas of focus are jurisprudence (specifically, notions of dignity and obligation), and international law (relating to the evolution of the humane treatment obligation). As Correspondent for Oxford Human Rights Hub, Mikayla writes, and solicits experts to write, about gender-based violence issues occurring mostly in North Africa and the Middle East.

Turkey was the first State to sign and withdraw from the Istanbul Convention. Turkey ratified the Convention on 24 November 2011. Not long after, on 8 March 2012, the Law on the Protection of the Family and Prevention of Violence Against Women (‘Law No. 6284’) was passed by the Turkish legislature. This law aims at implementing the principles of the Istanbul Convention. On 20 March 2021, the extent to which Law No. 6284 applies in Turkey became uncertain, because the law aims to implement the principles of the Istanbul Convention; but on that day Presidential Decision No. 3718 withdrew Turkey from the Convention. The decision was based on Presidential Decree No. 9, which gives power to the President to ratify, implement, cease implementation, and terminate treaties.

Commentators have argued that the executive decision is unconstitutional because it usurps legislative power (see here, here or here). Article 90 of the Turkish Constitution, read together with the principle that ‘something is dissolved the same way it is entered into’, renders it within the province of the legislature to ratify and withdraw from treaties. Article 104(17) of the Turkish Constitution, though, does not permit the President to issue a Presidential Decree on legislative matters. Since Presidential Decree No. 9 is on a legislative matter, the argument goes, it is unconstitutional – as is any decision based on it. On 28 June 2021, this argument was brought by a plaintiff to the 10th Chamber of Turkey’s Council of State in an attempt to invalidate the Presidential decision. In a 3-2 ruling, the argument failed based on the Council of State’s reliance on a preparatory commission report, identifying that the termination of treaties was a matter related to the executive power.

This blog post now turns to the legality of Turkey’s withdrawal under international law. The purpose of this analysis is to determine whether Turkey has complied with the principle of pacta sunt servanda, which provides that States should not undermine the binding force of treaties.

According to Article 31 of the Vienna Convention on the Law of Treaties (‘VCLT’), terms in treaties are to be interpreted in good faith, ‘in accordance with the[ir] ordinary meaning … in their context and in the light of [the Convention’s] object and purpose’. This rule suggests that the Convention should be interpreted according to what the drafters of the Convention intended: to create rules and procedures to prevent and combat violence against women.

On 22 March 2021, Turkey’s Communication Directorate justified the withdrawal on the basis that the Convention was ‘hijacked by a group of people attempting to normalize homosexuality…’. This could be because ‘gender’ has been interpreted to relate to sexual orientation and gender identity (see also here). Turkey’s justification, though, is rather perplexing. Whether a woman identifies as LGBTQI does not take away from the purpose of the Convention: to protect women from violence. Simply because the term ‘gender’ may be interpreted to cover LGBTQI rights, and that some women may identify as such, has no bearing on the purpose of the Convention. Further, according to Article 31 VCLT – the meaning of terms and phrases in treaties can only be amended or modified through State practice; not ‘groups of people’. Turkey’s withdrawal was seemingly justified in emotion rather than law.

Turkey’s withdrawal is also inconsistent with rules in the VCLT about withdrawing from treaties. According to Article 42(2) VCLT, a State’s withdrawal of a treaty may only take place as a result of the application of the provisions of: (a) the treaty, or (b) the VCLT. As for requirement (a), the Presidential decision does not comply with the official notification requirement in Article 80 of the Istanbul Convention. As for requirement (b), the Presidential decision fails to comply with the rules in the VCLT on withdrawing from treaties. Namely, that the treaty withdrawal take place ‘in conformity with the provisions of the treaty’ (Article 54(a)); and ‘by consent of all the parties after consultation with the other contracting States’ (Article 54(b)). First, the withdrawal did not take place in conformity with Article 80 of the Istanbul Convention. Second, the relevant consultation has not occurred. In conclusion, the Presidential decision to withdraw from the Istanbul Convention does not comply with international law and undermines the principle of pacta sunt servanda.

European Union, United Kingdom, Brexit
This should be read with the previous posting. They are both designed to reveal underlying issues of ...