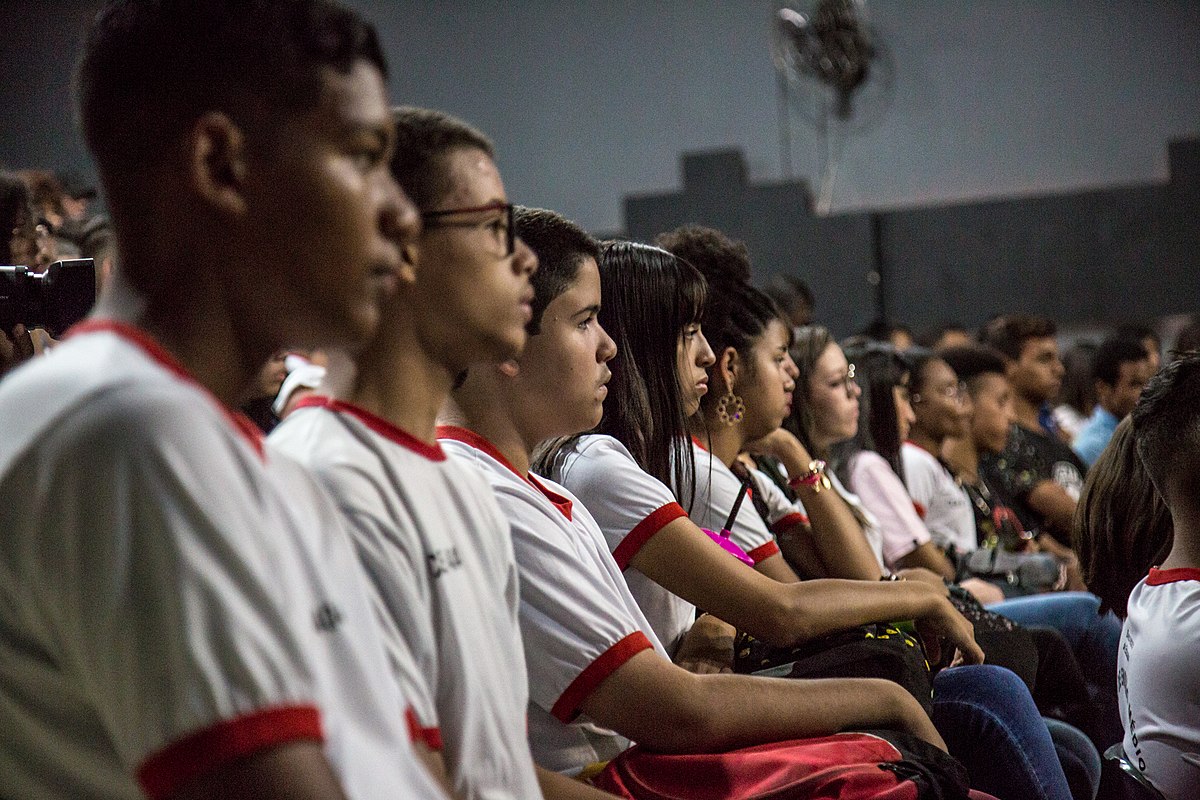 Gender and Sexuality Education in Brazil: Not Indoctrination, but a Constitutional Right

About Vishnu Bandarupalli and Sushmita Gupta

Image description: A group of people sitting in rows.

The latest Human Rights Watch report entitled ‘I Became Scared, This Was Their Goal: Efforts to Ban Gender and Sexuality Education in Brazil’, published on 12th May 2022, has shed light on the growing intolerance against gender and sexuality education by the Brazilian government. The report documents legislative attempts to suppress comprehensive and holistic approaches to education on gender and sexuality in public schools. In this blog, we argue that the government’s legislations and bills aimed at curbing ‘gender ideology’ and ‘indoctrination’ violate the right to gender and sexuality education in the context of Brazilian and International Law.

The pushback against gender and sexuality education

Since 2014, there has been a growing intolerance against gender and sexuality education fostered by far-right groups in Brazil, who argue that the practice indoctrinates and eroticizes children. More than two hundred bills seeking to criminalise the dissemination of gender and sexuality education were introduced by conservative lawmakers in Brazil at the federal, state, and city levels in the last seven years. For instance, Bill 4893/2020 seeks to criminalise the dissemination of any knowledge on gender identity in schools, with imprisonment of up to one month.

In 2020, the Supreme Court declared seven municipal and one state law hindering gender and sexuality education unconstitutional, while the lower courts struck down over sixteen such laws. Laws banning ‘gender ideology’ are deemed a violation of article 206 of the Constitution, which provides the right to ‘freedom to learn, teach, and of expression. As a result, none of the laws banning ‘indoctrination’ that the Supreme Court reviewed have so far passed the test of constitutionality. In its decisions, the Court also emphasised that the state must espouse policies to combat discrimination and inequality and lamented that the laws are promoting propaganda which reinforces prejudices and discrimination under the garb of promoting ‘neutrality.’

The new regressive legislation also fails to align with Brazilian education laws. According to the National Education Guidelines and Framework, 1996, school curricula must include topics related to human rights and the prevention of violence against children, while teaching must be grounded in ‘respect for freedom and appreciation of tolerance’. In 2020, the Supreme Court interpreted the provisions of this law to require the inclusion of gender and sexuality education, as it is crucial for adolescents to have a holistic understanding of sexuality and gender relations as their social relationships undergo significant transformation during puberty.

Although the Supreme Court judgements have played a key role in establishing that such laws are unconstitutional, underlying political issues remain unresolved. President Jair Bolsonaro and other lawmakers have consistently undermined the authority of the Court while threatening and intimidating the justices. Right-wing groups have notably harassed teachers touching on the subjects of gender and sexuality, leading to self-censorship of teaching material due to fear of public outrage.

By introducing anti-gender and sexuality education laws, the government is not only violating the Constitution and disregarding Supreme Court orders, but also flouting international law on gender and sexuality education. Article 10 (c) of the Convention on the Elimination of All Forms of Discrimination Against Women (CEDAW) requires states to take appropriate measures towards the elimination of the stereotyped notions of the roles of men and women through teaching. The UN Human Rights Committee of the International Covenant on Civil and Political Rights (ICCPR) has also observed that States should ensure that school curricula include objective and accurate sexual education.

The government’s exploitation of gender and sexuality education as a political weapon and disregard for Supreme Court judgements is adversely affecting the rights of teachers and students, encouraging far-right groups to create an atmosphere of fear in public schools. It is imperative that Brazil focuses its efforts on ensuring inclusive and objective information on gender and sexuality in accordance with national and international law.