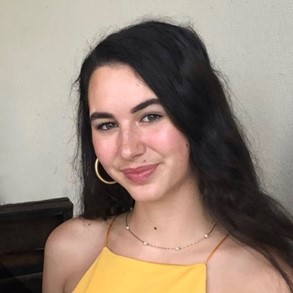 Emilie Joe Brandt is a graduating senior in the Elliott School of International Affairs at GWU and is an incoming Partner Country Scholar in the Erasmus-Mundus European Politics and Society Joint-M.A. degree programme.

Image description: Libyan refugees on a march in Hamburg.

The recent influx of Ukrainians into the EU illustrates their incredible capacity to support displaced communities. However, growing trends in EU migration governance fail to prioritise humanitarian needs. In the past two decades, leaders have increasingly shifted their migration governance to third-party countries through cooperative agreements that place non-EU actors on the frontlines of a crisis to serve as agents of EU policy implementation. This externalisation agenda outsources the responsibility to protect asylum seekers, refugees, and migrants, evading human rights and asylum protection obligations. These policies not only reduce the EU’s capacity for asylum protection, but they treat migrants as a security threat, weakening humanitarian norms.

While scholars and activists have called attention to the pitfalls of the 2016 EU-Turkey migrant deal, it is essential to understand how this example demonstrates broader trends. In fact, the lesser-discussed EU-Libya cooperative agreement illustrates the clear human rights risks associated with externalising migration governance and treating refugees as a security problem, as opposed to a humanitarian issue.

When examining the cooperative relationship between EU Member States — most notably Italy — and the Libyan government, it is clear that border control and surveillance are prioritised above human rights protections. Cooperation between Libya and Italy began in the early 2000s when Italy adopted a collaboration strategy aimed at building Libya’s capacity to restrict movement across borders and return undocumented migrants. In 2004, Italy provided a “substantial economic contribution” to create a charter flight program in Libya that forced the return of 5,688 migrants. In 2005, the Italian Minister of the Interior confirmed his ongoing commitment to cooperating with Libya to control “clandestine immigration.” Italy continues to collaborate with Libyan immigration officials to patrol land and sea borders, sending EU immigration liaison officers (ILOs) to Libya to facilitate refoulment, and constructing eight different migrant centers across the country to detain ​​over 2,400 migrants and refugees.

The camps have become notorious for human rights abuses with frequent police beatings, rape, torture, insufficient food, and massive overpopulation. Tesfai, a female Eritrean migrant detained outside of Kufra, describes her experience in the camps saying, “They kicked us, beat us, for no reason. When we asked for something to eat, the border policemen showed us a truck full of rotten food that cats were living in and told us to eat that.” The horrific conditions even garnered Pope Francis’s attention, prompting him to label the camps “true concentration camps.”

To make matters worse, Libya has no established asylum system. A Libyan Ministry of Foreign Affairs official commented that if Libya offered asylum, refugees would come “like a plague of locusts.” Italy and all other EU member states are parties to the 1951 Refugee Convention and its 1967 Protocol which grants refugees human rights protections, stating that they must not be returned to territories where their “life or freedom would be threatened.” Further, despite not being a signatory to the Convention, Libya is bound by the principle of non-refoulement as it is a norm of customary international law. Libyan practices are in clear violation of Libya’s non-refoulement obligation, and EU authorities are knowingly complicit. Through their collaboration with Libya to construct and operate refugee camps, the EU exacerbated dangers on “the world’s deadliest migration route,” infringing upon the rights protected by the European Court of Human Rights. Specifically, the horrific conditions in detention centres where detainees experience torture, over-crowding, gender-based violence, and starvation clearly violate Article 3’s prohibition of torture and inhuman or degrading treatment. Finally, the MSS v. Belgium and Greece decision confirms Article 3’s relevance to EU migration policy implementation, stipulating that significant migration challenges do not absolve states of their legal commitment to uphold the European Convention of Human Rights.

The Dangers of Continued EU Externalisation and its Border Deterrence Strategy

It is both dangerous and unlawful for the EU to evade its human rights responsibilities by continuing to externalise its migration governance. Historically, EU migration policy has balanced security and human rights concerns. However, the present emphasis on border control and surveillance perpetuates massive humanitarian crises as the EU reassigns its governing power to third parties— such as Turkey and Libya. The Libyan case illustrates the EU’s failure to recognise its humanitarian responsibility: to protect the right to asylum and to honor concepts of global solidarity and burden-sharing. Going forward, the EU must openly acknowledge its human rights failures caused by externalising migration governance. In Libya, the EU must take responsibility for refugee protection and ensure concrete human rights improvements in the region, especially by strengthening asylum protection along the Central Mediterranean migration route.