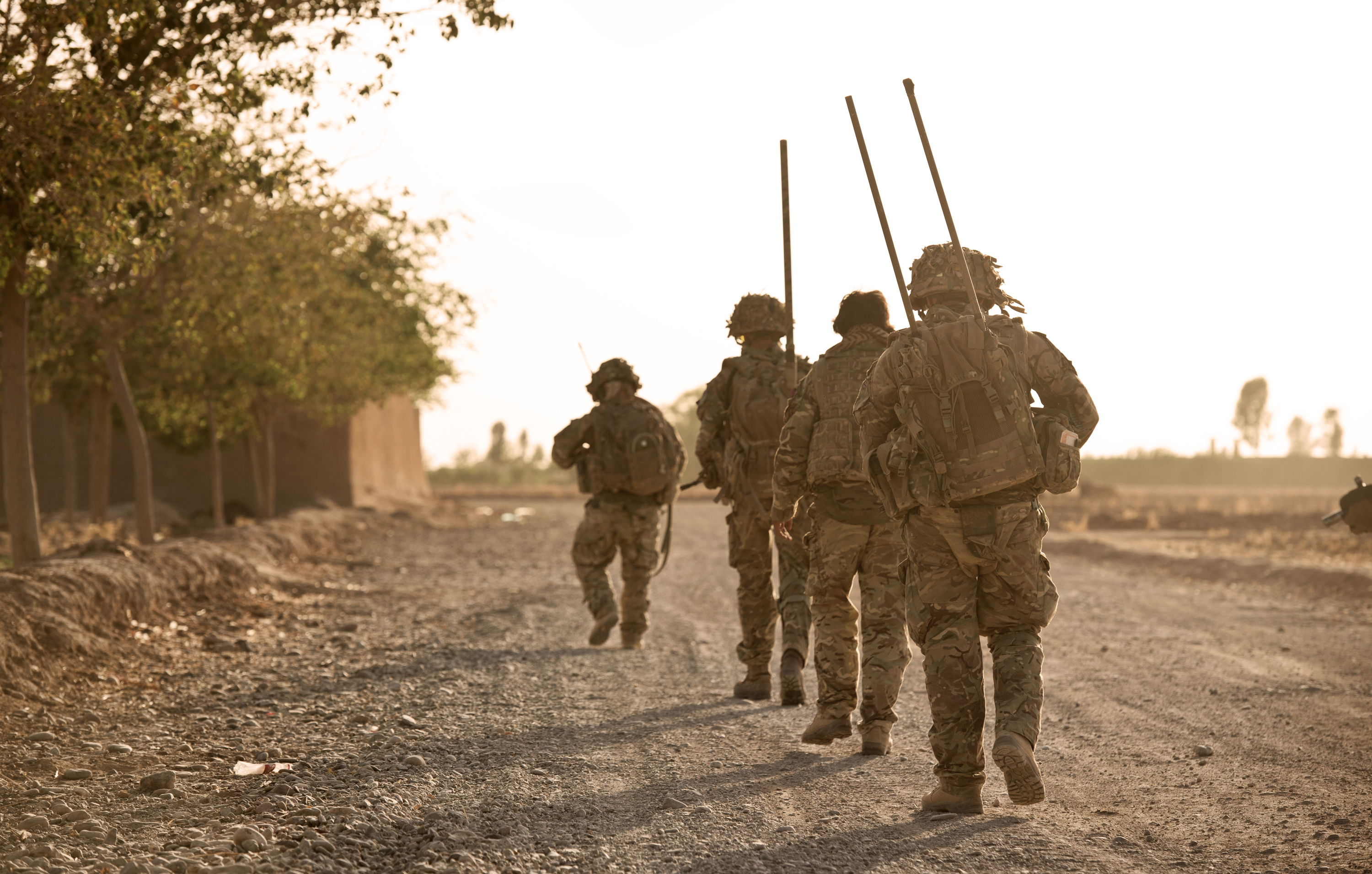 Soldiers With 5 Rifles on Patrol in Afghanistan

Soldiers of 5 RIFLES near the end of their patrol as the sun begins to set casting long shadows across the road. Only a matter of hours later the troops will be starting before dawn to begin their next patrol. In August 2014, 5 RIFLES and the Queen's Royal Hussars (QRH) completed the final operation to be carried out by the Warthog Group before Op Herrick ends later in the year. The operation, which concentrated on the Lashkar Gar area, was carried out to maintain security in the area surrounding Camp Bastion. The 5 RIFLES dismount were transported and offered strength in depth from the Warthog armoured vehicles by the QRH. 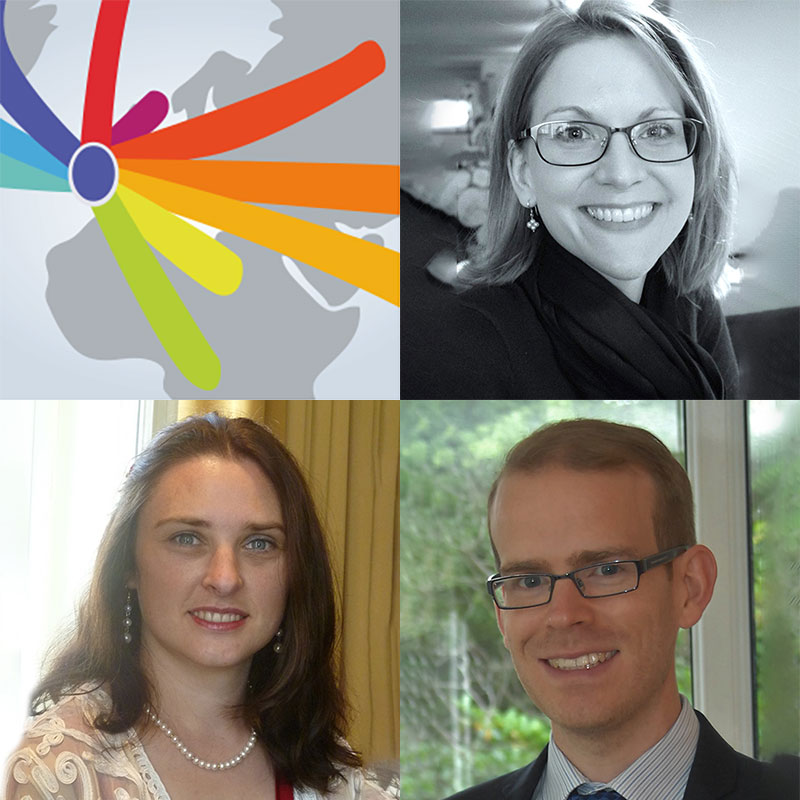 Dr. Stuart Wallace is a Lecturer in Law at the University of Leeds and author of The Application of the European Convention on Human Rights to Military Operations

In July 2019, the UK Ministry of Defence (MOD) made a series of proposals on Legal Protections for Armed Forces Personnel and Veterans serving in operations outside the United Kingdom, and invited responses to a public consultation. On 1 October 2019, Dr. Stuart Wallace, Dr. Elizabeth Stubbins Bates and Dr. Noelle Quenivet published their response to the consultation.

The MOD proposes a) a statutory presumption against prosecution, b) a partial defence to murder, and c) a civil litigation longstop for actions against the MOD. This blog post focuses on a) a proposed “presumption against prosecution of current or former Armed Forces personnel for alleged offences committed in the course of duty outside the UK more than ten years ago”. This could apply “regardless of whether there has been a previous police investigation” and to “a prosecution for any type of offence”.

The MOD’s proposals risk entrenching impunity. Investigations into thousands of allegations of ill treatment and unlawful killing from Iraq and Afghanistan have already been dropped. Out of 3,405 allegations considered by the Iraq Historic Allegations Team (IHAT, 2010-2017), the Director of Service Prosecutions declined to charge soldiers in one case of alleged unlawful killing and one case of alleged torture or ill-treatment. Two other cases were referred to the Royal Air Force police, and one soldier was fined by his commanding officer. All other cases were either closed or passed to IHAT’s successor body, the Service Police Legacy Investigations (SPLI), which has closed 1153 allegations from 1 July 2017 until 30 June 2019.

The Office of the Prosecutor (OTP) of the International Criminal Court (ICC) is currently conducting the third (admissibility) phrase of a preliminary examination into alleged war crimes committed by UK forces against detainees in Iraq. The OTP has found a reasonable basis to believe that a range of war crimes, including wilful killing, torture and inhuman treatment or cruel treatment, outrages upon personal dignity, rape and other forms of sexual violence were committed against detainees in British military custody in Iraq. No such findings were made about the UK armed forces’ actions during the conduct of hostilities. The OTP is currently assessing the UK’s willingness to conduct a genuine investigation or to commence prosecutions.

These proposals continue a longstanding trend of deficient investigations by the UK in respect to alleged violations of international law during military operations, for example, in Northern Ireland and Iraq. The European Court of Human Rights has called into question the independence of the investigators, the promptness and effectiveness of the investigations and the public scrutiny of the investigative process.

The MOD aims to assuage fears that former service personnel will be investigated and prosecuted long after they have left service. However, our research has determined that the proposals fail to achieve this aim. Firstly, the duty to investigate historical allegations of human rights violations and international crimes under international law subsists in spite of any domestic law discouraging it. Secondly, a presumption against prosecution applicable to all crimes, including international crimes, does not suggest that the UK is willing to conduct a genuine investigation, and (together with other evidence) might lead to the OTP requesting a full investigation from the Pre-Trial Chamber of the ICC. Third, the MOD’s proposals do not preclude the possibility of prosecutions under universal jurisdiction legislation in other states. Fourth, these proposals risk incentivising poor initial investigations followed by a reliance on the presumption not to prosecute or investigate further at a later date.