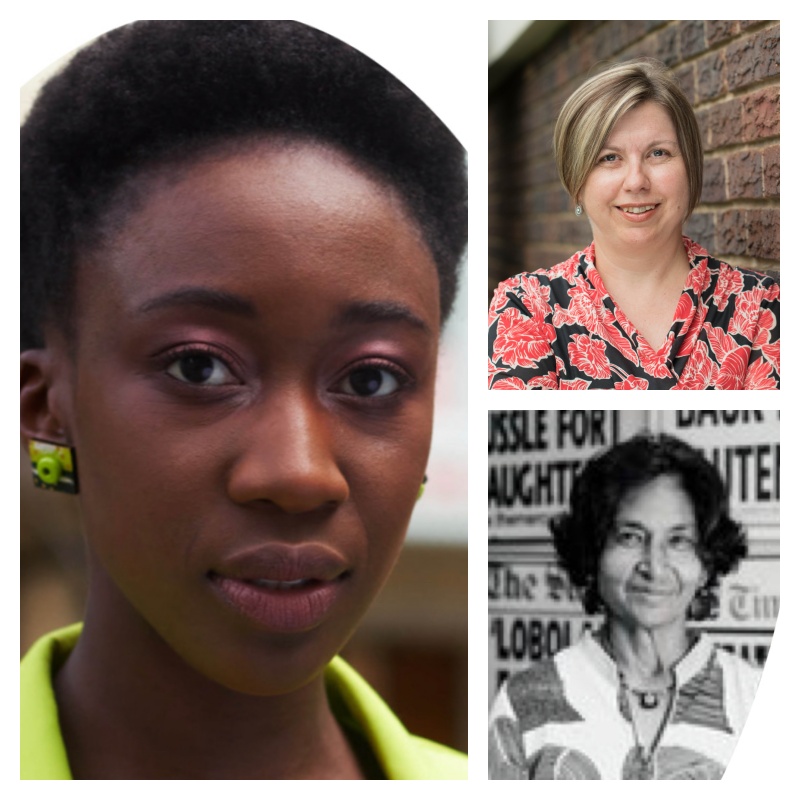 Mulesa Lumina is the Communications & Legal Officer for the International Commission of Jurists’ Africa Office, Yvonne Erasmus is a senior researcher at the Socio-Economic Rights Institute of South Africa (SERI) and Sharon Ekambaram is the Head of Refugee & Migrant Rights Programme at Lawyers for Human Rights.

Image description: Woman stands with cloth covering her head in the colours of the South African flag

Three decades after the end of apartheid, South Africa’s unemployment rate stands at 34.5%, amidst extreme levels of poverty and wealth inequality, and rampant “anti-foreigner” sentiment. Recent policy developments in the form of the draft National Labour Migration Policy (NLMP) and the Employment Services Amendment Bill (ESAB) demonstrate that South Africa intends to continue tackling unemployment by creating opportunities for locals, while ensuring it retains and attracts skilled migrant labour. We analyse how these proposals fit alongside the country’s international human rights and domestic law obligations to safeguard the right to work.

In accordance with the African Charter on Human and Peoples’ Rights (Article 15) and the International Covenant on Economic, Social and Cultural Rights (Articles 6 to 8), South Africa is obliged to take, without discrimination, positive steps to tackle unemployment in order to fulfil the right to work of all those under its jurisdiction. It must also ensure that it creates an enabling environment for employing marginalised and disadvantaged persons, including non-citizens, and must refrain from enacting legislative or other measures that would deny or limit equal access to decent work for all.

Several International Labour Organization (ILO) Conventions that are binding on South Africa, including the Labour Inspection Convention, also require the government to protect workers’ rights. Moreover, South Africa is obliged to protect the right to work of refugees and asylum seekers – as a subset of non-citizens – under the Convention relating to the Status of Refugees. As the International Commission of Jurists has long argued, South Africa’s international law obligations therefore apply in the context of both “formal” and “informal” work, regardless of citizenship or documentary status.

Sections 39 and 233 of the South African Constitution specifically require that international human rights law be considered. While there is no legally binding right to work under the Constitution, the right to dignity – which applies to “everyone” – has been interpreted by South African courts as protecting the right of non-citizens to seek employment and earn a living.

At face value, the draft NLMP aims to improve work conditions for non-citizen workers and acknowledges the international instruments to which it purports to adhere. Nevertheless, many of the proposed amendments engage superficially with these instruments and effectively enable restrictions that conflict with South Africa’s human rights obligations.

For instance, Section 12A(2)(b) of the ESAB requires employers to “satisfy themselves” that no South African can fill a position before hiring a “foreign national”. This sets a very high bar, especially for low-skilled labour such as domestic work and farm work, and would effectively exclude asylum seekers from this employment. Such stringent requirements could potentially negatively impact the employment of some of the most marginalised and disadvantaged people in South Africa.

Another potentially restrictive measure is the power conferred on the Minister of Employment and Labour by the ESAB to specify quotas for employing non-South Africans. While the NLMP states that these quotas would generally reserve “60% of total staff complements for South African citizens and permanent residents”, the ESAB provides a broader discretionary power that may allow significant deviation from the NLMP’s guidance.

More fundamentally, the NLMP does not justify imposing quotas – irrespective of level – based either on adequate evidence that such quotas would address unemployment or would accord with South Africa’s human rights obligations. We therefore urge greater transparency around the evidence informing these decisions. Perhaps unsurprisingly, a submission by Lawyers for Human Rights and the Socio-Economic Rights Institute of South Africa found that there may be little support for such quotas for non-citizen workers.

Finally, the NLMP and the ESAB inappropriately seek to grant labour inspectors the power to enforce certain immigration rules under the national Immigration Act, which may compromise their primary function of protecting workers’ rights, as outlined in Article 3 of ILO Labour Inspection Convention. In terms of both this Convention and international law generally, labour inspectors should not perform immigration control functions.

Significantly more consultation with workers across different sectors is necessary to revise the NLMP and ESAB prior to their enactment. Currently, the draft policy and Bill contain concerning measures that contradict South Africa’s obligations under international law and the South African Constitution.

South Africa, Children's Rights, Conflict and Human Rights
"What business is it of the South African authorities when torture on a widespread scale is alleged to have been ...